Ghostrunner, GTA Online, Team Sonic Racing, and More Are Free with PS Plus in March 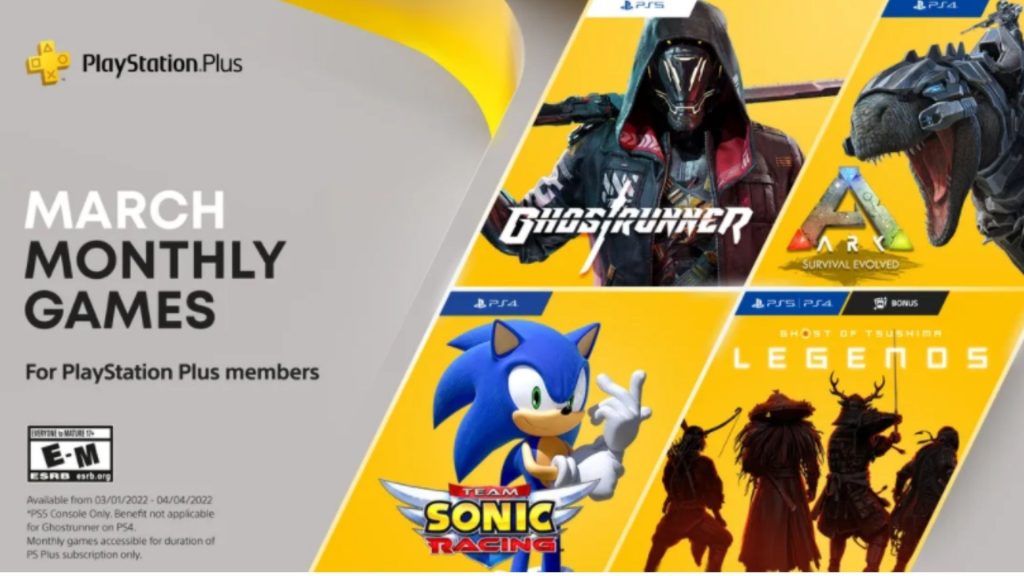 As is customary every month, Sony has announced its offerings for PS Plus for the month of March 2022. The games included in the package this time around are Ghostrunner, Ghost of Tsushima: Legends, Ark: Survival Evolved, Team Sonic Racing, and GTA Online. Some of these were hinted at in a recent leak.

All in all, March 2022’s offerings seem to be heavily focused towards multiplayer, but it is certainly a marked improvement over February’s PS Plus offerings, both in terms of number and quality.

Sony is also reportedly hard at work on a competitor to Xbox Game Pass codenamed Project Spartacus, set for a Spring reveal- read more on that through here.