Planet Coaster: Console Edition is PS5-only while EA Sports UFC 4 and the standalone Borderlands 2 expansion are available for PS4 players. 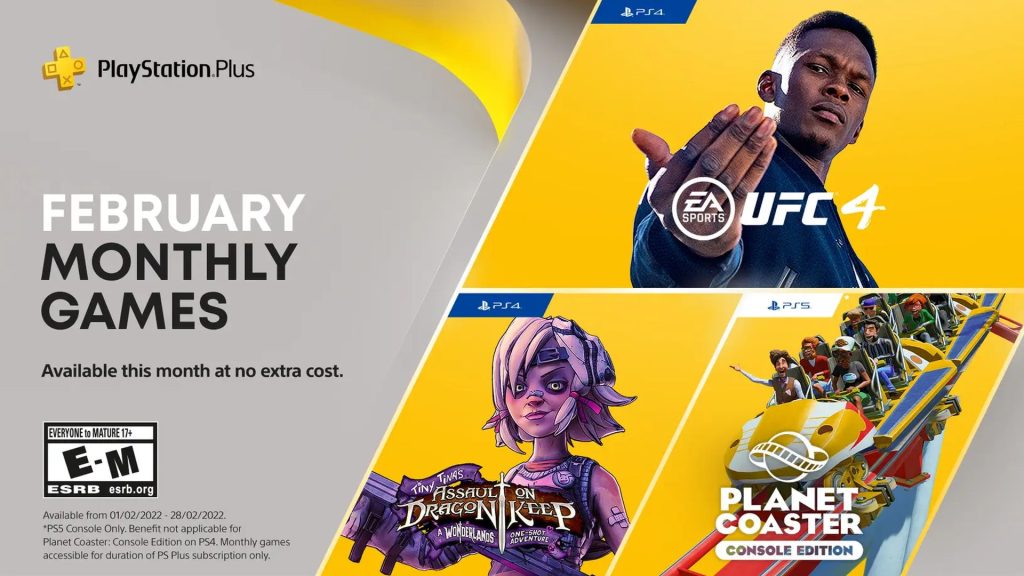 Sony has announced its free PlayStation Plus titles for February 2022 which include Planet Coaster: Console Edition, EA Sports UFC 4 and Tiny Tina’s Assault on Dragon Keep: A Wonderlands One-Shot Adventure. All three titles will be available for subscribers to claim on February 1st.

Planet Coaster: Console Edition is available for PS5 players and challenges players to create their own rollercoaster theme park. There are more than 700 pre-made objects to play with, extensive terrain deformation tools and tons of other attractions to help attract guests to the park. The Frontier Workshop is also supported, allowing players to download new buildings, coasters and additional parks while also uploading their own.

PS4 players gain access to EA Sports UFC 4 and Tiny Tina’s Assault on Dragon Keep: A Wonderlands One-Shot Adventure. The former offers a new Career Mode along with Blitz Battles and Online World Championships while revamping its gameplay and unifying progression. The latter is essentially a standalone version of the 2013 Borderlands 2 expansion Tiny Tina’s Assault on Dragon Keep and features some new loot to entice players.