It’s time to bust out the plastic instruments again, Harmonics and MTV are hitting another niche music market with Green Day Rock Band Much like Beatles Rock band and Guitar Hero Metallica, the games set list will span the years of Green Day’s albums and feature Green Day as animated characters, and venues specific to Green Day’s history, as well as bonus photos and videos related to the band.

The only “new” aspect to the game is the harmonized vocals, exclusive to the Green Day set list, similar to what we saw in Beatles Rock Band. If you are not familiar with this new feature, it works like this, 3 mics get hooked up at once, the singer chooses harmonies instead of solo, and from now on 3 different lines will show up. Any of the singers can sing any of the parts, and they all count as one player. As you can see, this adds greatly to the party elemental of Rock Band. 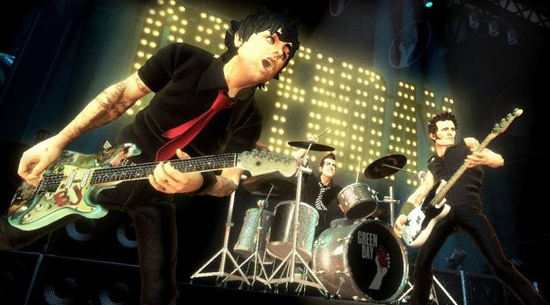 The game takes place across 3 venues, that capture 3 distinct eras of Green Day. The first venue is a fictional warehouse, a venue created by the collective spirit of Green Day’s early punk days. The second venue is Milton Keynes, the UK Bowl made famous by the 2005 Green Day film, “Bullet in a Bible”. The third is the Fox Theater in Oakland, where the band performed a small show for their newest album. 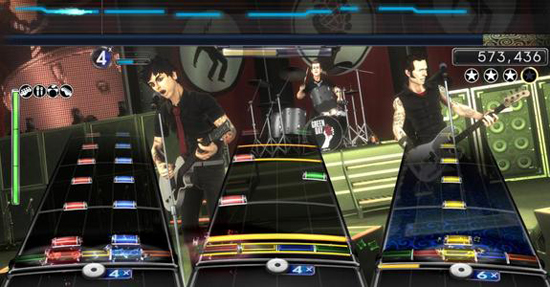 Get your Green Day rock on

The game will also support all previous Rock Band Instruments, and most Guitar Hero and 3rd party peripherals.

So if you are a Green Day fan, and a Rock Band fan, this game is everything you ever wanted. If you don’t really care about Green Day, then you will most likely pass this one over. If you are the former, check out the demo on Xbox Live and Playstation Network, and look for the game in stores June 8th.