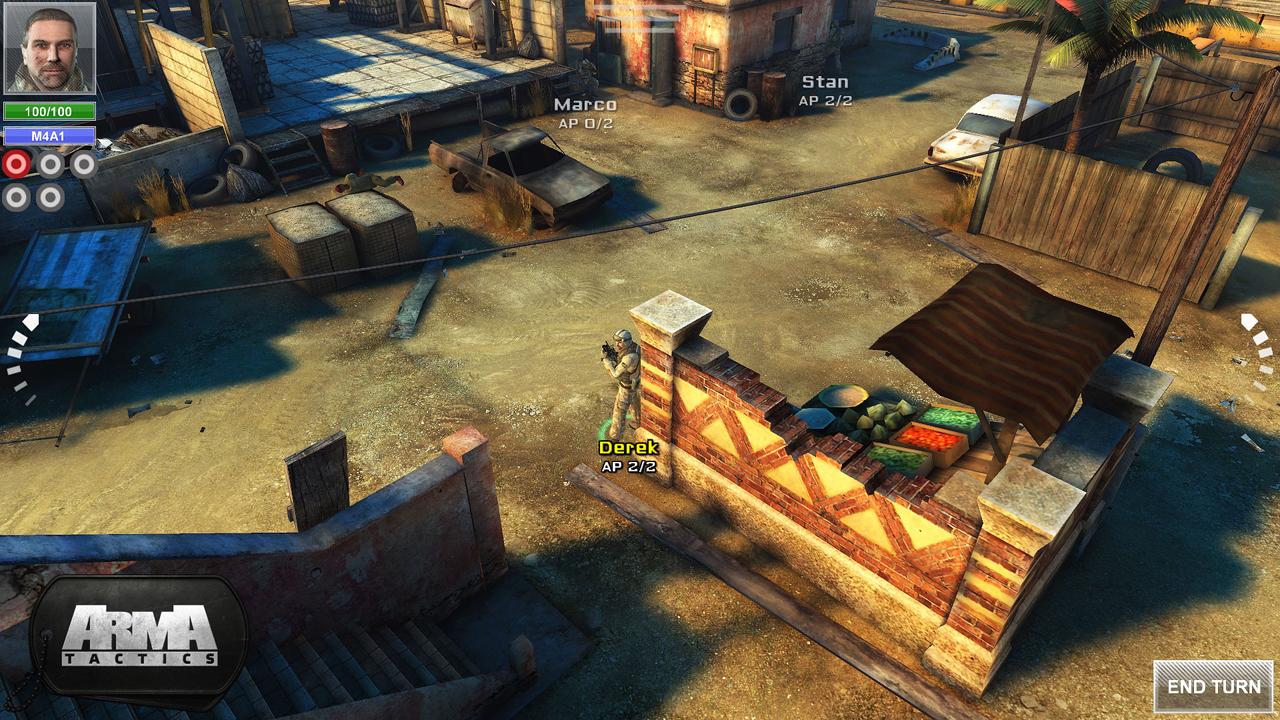 Bohemia Interactive has announced the release of Arma Tactics for iOS, which can be purchased on iTunes for $4.99. This comes off the success of the game for Nvidia’s Tegra HD devices, and features a close combat turn-based style in comparison to the first person shooter style the series is known for.

You’ll have control over a Special Forces team, with four members that can be upgraded and customized to tackle different story and custom missions with random objectives. The player will have to decide how to proceed forward, whether to rely on stealth or go in guns blazing, and equipping different weapons for fighting off enemies like local militia and mercenaries. There will be weapons to unlock, more campaigns to come and a high amount of replayability overall.

There will also be different game modes and difficulty modes, and you’ll be able to use either touchscreen or gamepad controls for iPhone, iPad and iPod Touch.