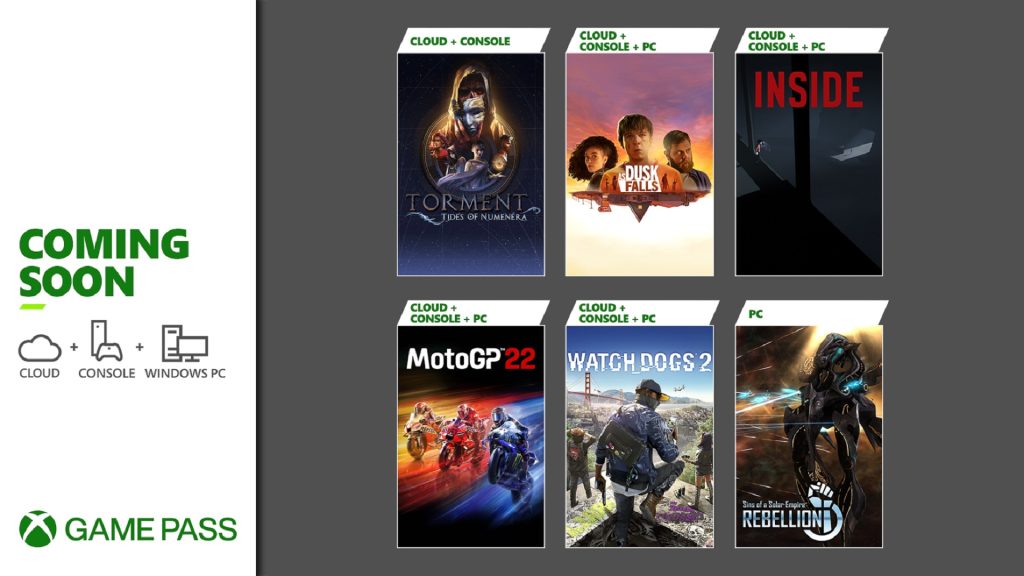 The first batch of games to be added to the Game Pass lineup in July was a solid one, and now, Microsoft has revealed what the second batch for the month is going to be- and there’s some pretty interesting games in this list across PC, console, and cloud devices.

For starters, tomorrow, INTERIOR/NIGHT’s interactive drama game As Dusk Falls will launch day one with Game Pass for PC, console, and cloud. On the same day, across all three platforms, the subscription service will also add Watch Dos 2, and only on PC, Stardock Entertainment’s RTS Ashes of the Singularity: Escalation. Curiously, the image released by Microsoft for this batch of Game Pass titles seems to have erroneously mentioned Sins of a Solar Empire: Rebellion instead of the latter.

On July 21, Game Pass will welcome Milestone’s MotoGP 22 across PC, console, and cloud, and inXile Entertainment’s Torment: Tides of Numenera for console and cloud. Finally, on July 29, Game Pass subscribers will get access to Playdead’s seminal platforming adventure title Inside.