Ubisoft provides details for earlier access into its upcoming RPG.

We’re less than a week away from Assassin’s Creed Odyssey’s full launch now, but for those of you who want to get access to the game a couple days before that, Ubisoft have shared information on how exactly you can do that. Essentially, if you pre-ordered either of the game’s special editions – Gold, Ultimate, Spartan, Pantheon, or Medusa – you can get early access.

How early? PlayStation 4 and Xbox One owners gets access to the game at 0000 hours on October 2, local time. On PC, things vary a bit, with Steam access opening up at a different time than if you access the game through Uplay. Uplay gets you access at 0001 hours on October 2 local time, while on Steam, the game opens up on the same day, at 1600 UTC.

Pre-loaf for the “Play Early” launch for the game is available on all systems already. For the game’s full global launch, pre-load is available currently on Xbox One and PC, while PS4 owners can begin pre-load on October 3. Ubisoft also notes that 0000 local time “means a release at 12 AM in your time zone”.  You can check the full schedule below.

Ubisoft has also confirmed in the same update that the game will receive a day one patch, but what it might entail and how much space it will require is something they will talk about at a later date.

A launch trailer for Assassin’s Creed Odyssey was also released recently. Watch it through here. Additionally, you can head here to find out how much space you need on your system to download the game, or here to find out how long the game’s story is in terms of hours.

Assassin’s Creed Odyssey’s global launch is on October 5, for the PS4, Xbox One, and PC. 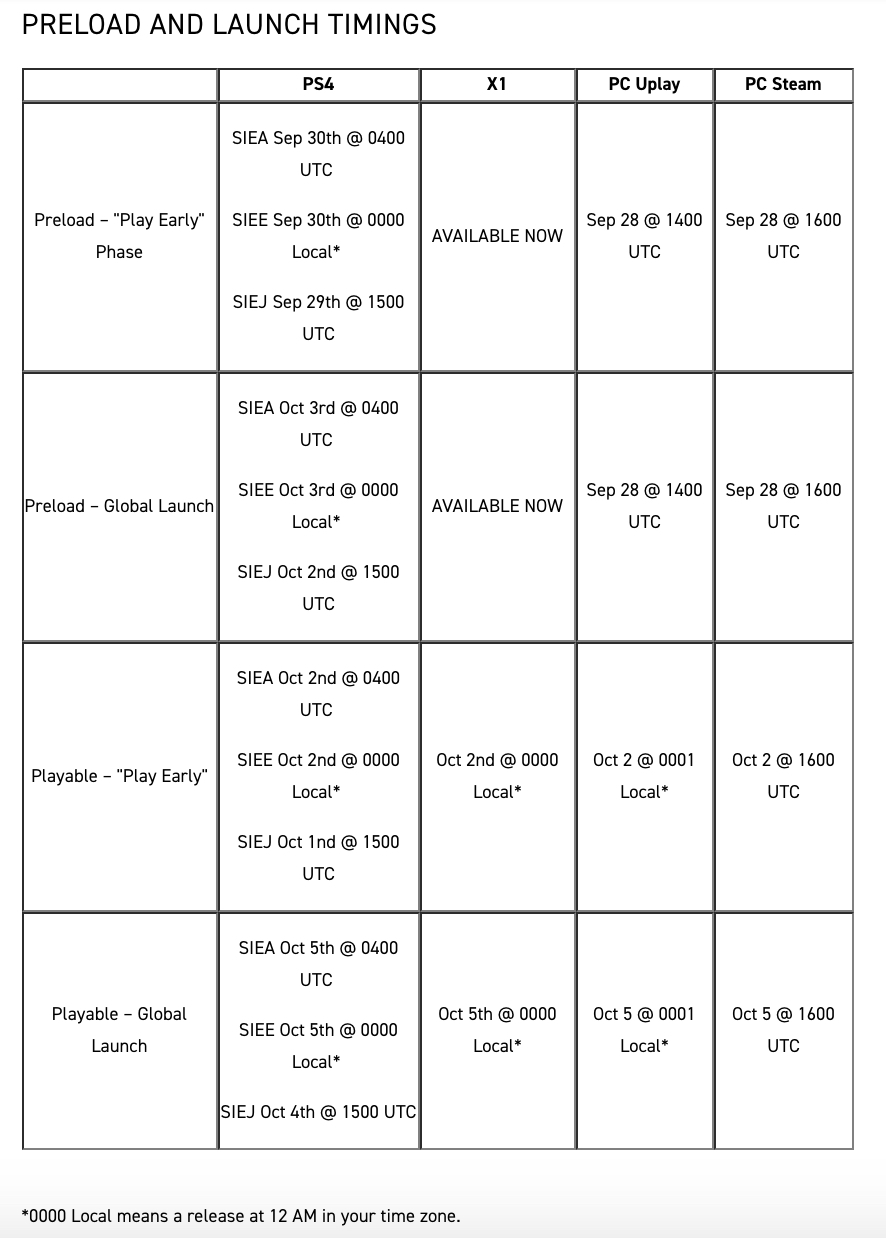