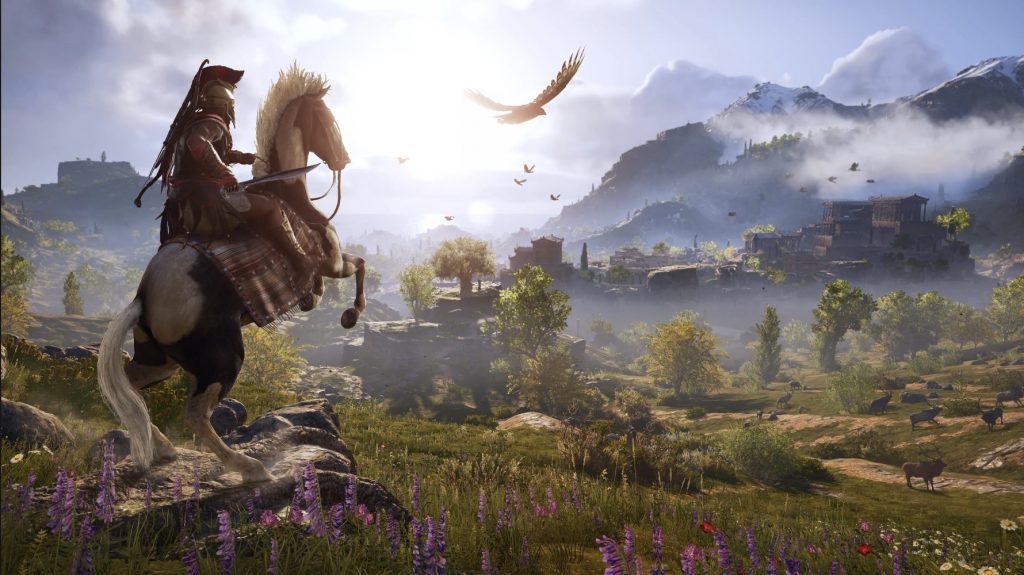 Assassin’s Creed Odyssey is set to release in just a few days, and the excitement surrounding the game has been increasing with every passing day. Which makes sense too, because it is one of the best we’ve seen in the entire series to date. It certainly looks like Ubisoft wants it to have a smooth launch too, as they will be releasing a day one patch, as they promised earlier, to update the game’s version to 1.02. As expected, the day one patch will bring a lot of fixes and improvements to the game on the day of release.

Among other things, this update will address many game-breaking events that could potentially occur, and also brings improvements to performance and stability. Interestingly enough, the day one patch also brings an increased diversity in haircuts, which is something that stands out among the other fixes and improvements. The size of the patch will be 1.4 GB for the PS4 and 1.5 GB for the Xbox One.

You can check out the entire patch notes below (as provided by Ubisoft). Assassin’s Creed Odyssey is set to release for the PC, PS4, and Xbox One on October 5. It promises to be a pretty meaty game- apparently, it’s main story alone is at least 40 hours long.