Transform into a raven, teleport over long ranges, and much more, along with uncovering new mythical and Divine Quality gear. 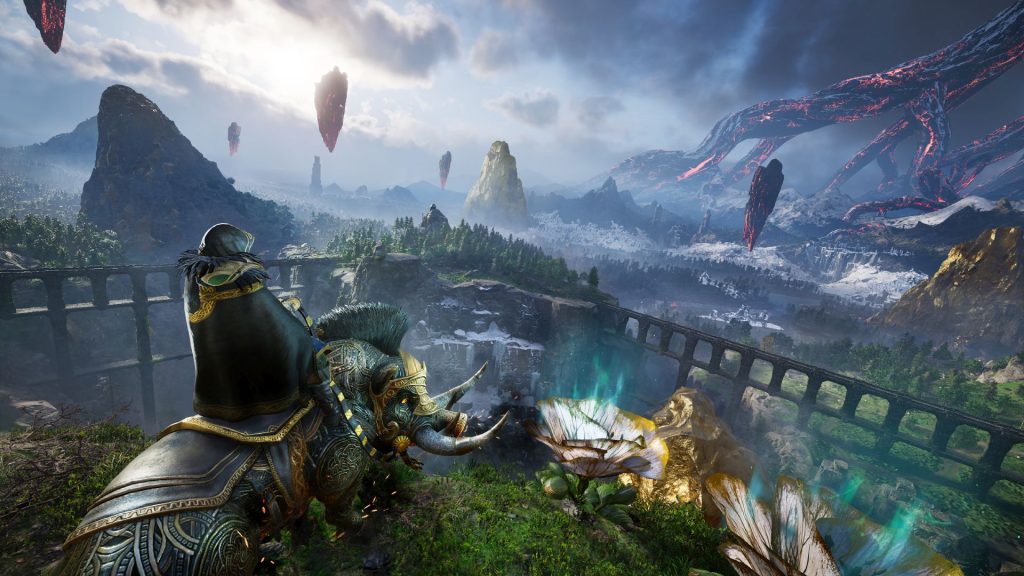 Ubisoft has released a new deep dive video for Assassin’s Creed Valhalla: Dawn of Ragnarok, the expansion which sees players controlling Odin and venturing to Svartalfheim to rescue Baldr from the fire giant Surtr. The Norse realm looks fairly gorgeous and one will encounter sights unseen in the base game. Check it out below.

A new expansion means new powers and Odin derives his from the Hugr-Rip. This allows for obtaining abilities from fallen enemies and you can have two at a time (picking up a new one means having to discard the others). There are five powers in total and include transforming into a raven for flying, transforming Odin’s skin to magma to avoid fire damage (and slip past Muspel foes) and long-range teleportation.

You also get new weapons like the Viking atgeir, a polearm with a hefty blade, and new mythical and Divine Quality gear. The powers remain confined to the expansion (which is playable from the outset) but all of the new gear can be used by Eivor in the base game.

Releasing on March 10th, Assassin’s Creed Valhalla: Dawn of Ragnarok is coming to Xbox One, PS4, Xbox Series X/S, PS5, PC and Google Stadia. It will reportedly be over 35 hours long.