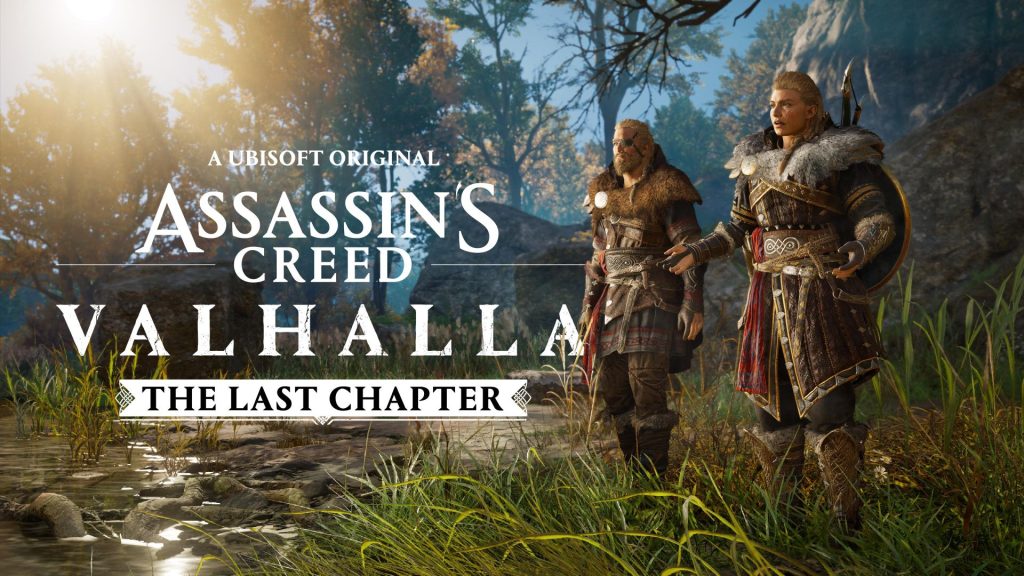 Due to an “unforeseen glitch in the Animus,” Assassin’s Creed Valhalla has received its last major content update about a week early. The Last Chapter concludes Eivor’s story as she must “come to terms with her visions of Odin.” The DLC releases alongside Title Update 1.6.2 with the option to keep your hood always up, though it has no impact on stealth or detection.

Another nice feature is the weekly free item. A premium item will be available to claim weekly from the Animus Store for free. Some licensed content won’t be available, and the received item is randomized, but you can expect most to be up for grabs.

For those who didn’t participate in the limited-time Festivals, you can claim the rewards from Merchants throughout England. “The First Night of Samhaim” in the Glowecestrescire arc must be completed first. After that, you can exchange Silver coins for the items. New mounts and a raven are being added for free to thank fans for their support.

As for Stadia players, this is the last update for the platform before its closure on January 18th, 2023. “We are working on bringing the games you own on Stadia to PC through Ubisoft Connect. Stay tuned for details on timing.” If you own Valhalla on consoles or PC, you can transfer progress and continue playing. Check out the full patch notes below.

Assassin’s Creed Valhalla is available for Xbox One, Xbox Series X/S, PS4, PS5, PC, and Stadia. The PC version is still set to launch on December 6th for Steam.

Tombs of the Fallen

The Siege of Paris

Wrath of the Druids

❗📢 Due to an unforeseen glitch in the Animus, the final content update for Assassin's Creed Valhalla has arrived early in Ravensthorpe. ❗

We hope you enjoy The Last Chapter of Eivor's story…and the additional surprises we have before 2022 comes to an end. #AssassinsCreed pic.twitter.com/mw5zpeQnx8