These are the last stops before the paid expansion Dawn of Ragnarok launches on March 10th for Xbox Series X/S, PS4, PS5, PC, Xbox One and Stadia. 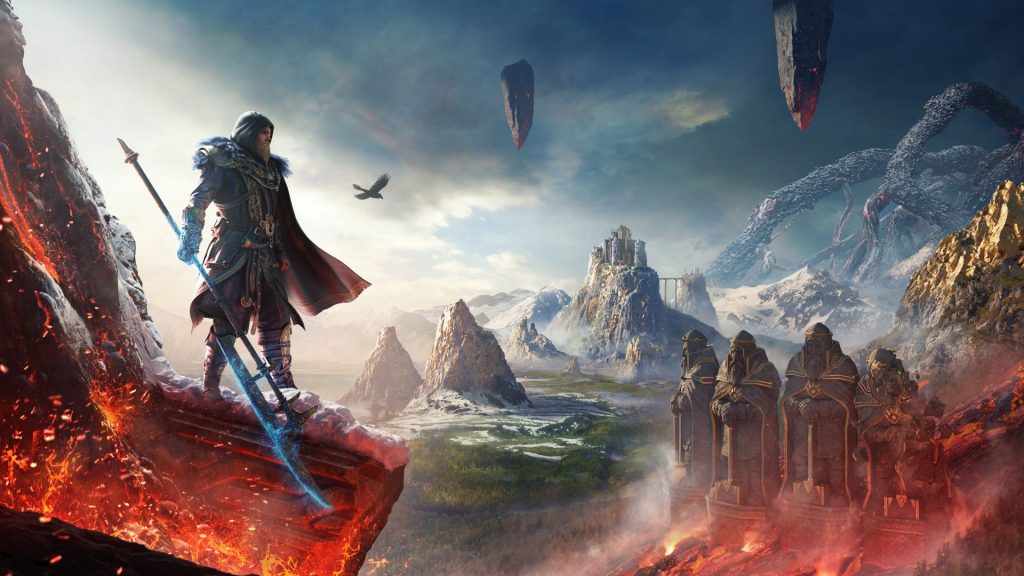 Ubisoft has released its first “roadmap” for Assassin’s Creed Valhalla this year via Twitter. It’s nothing too crazy – Title Update 1.5.0 is out tomorrow for all players. A free weekend starts on February 24th and ends on February 28th during which the full game should be playable for all platforms.

Next month is the release of Dawn of Ragnarok, the massive paid expansion which sees Odin venturing to Svartalfheim to rescue his son Baldr from the fire giant Sutr. A recent gameplay deep dive showcased some of the abilities that the player can utilize like raising slain foes, teleporting, transforming into a raven to fly and much more.

This is in addition to new activities like the Valkyrie Trials which see Odin taking on new and old foes (with modifiers that can up the challenge and reward). Assassin’s Creed Valhalla: Dawn of Ragnarok will be releasing for Xbox One, Xbox Series X/S, PS4, PS5, PC and Google Stadia on March 10th. Stay tuned for more details in the meantime.

Time to dive back! 🔥 Check out our first roadmap of 2022 for Assassin's Creed Valhalla 👀