Assassin’s Creed Valhalla: Wrath of the Druids Expansion Out on April 29th

The Ostara Festival is currently live for Assassin’s Creed Valhalla but even more content is coming next month. Ubisoft has confirmed that Wrath of the Druids, the first paid expansion, will launch on April 29th. It sees players venturing to Ireland to deal with the Children of Danu, a cult of druids.

Further details have yet to be revealed but more story missions, gear and abilities can be expected at any rate. In the meantime, the Ostara Festival is available till April 18th. It sees players hunting for eggs and taking on enemy spirits. Complete different activities for new rewards, experiment with new abilities or claim Altair’s outfit for free. For more details, check out the trailer below.

After Wrath of the Druids, Ubisoft will release a Mastery Challenge in late Spring. This is a free new game mode though, again, additional details are yet to be revealed. Stay tuned in the meantime. Assassin’s Creed Valhalla is currently available for Xbox One, PS4, PC, Xbox Series X/S, PS5 and Google Stadia. 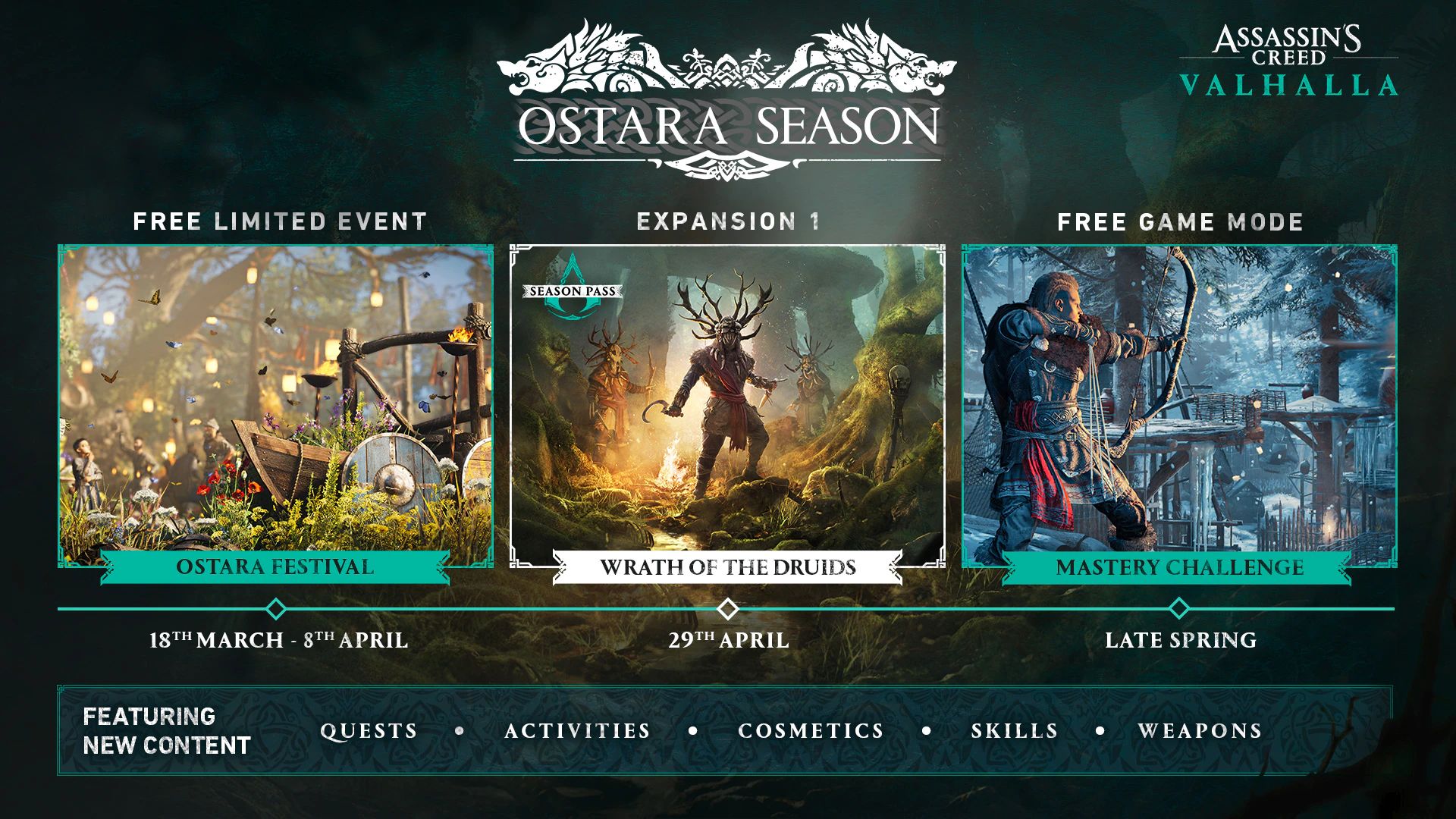