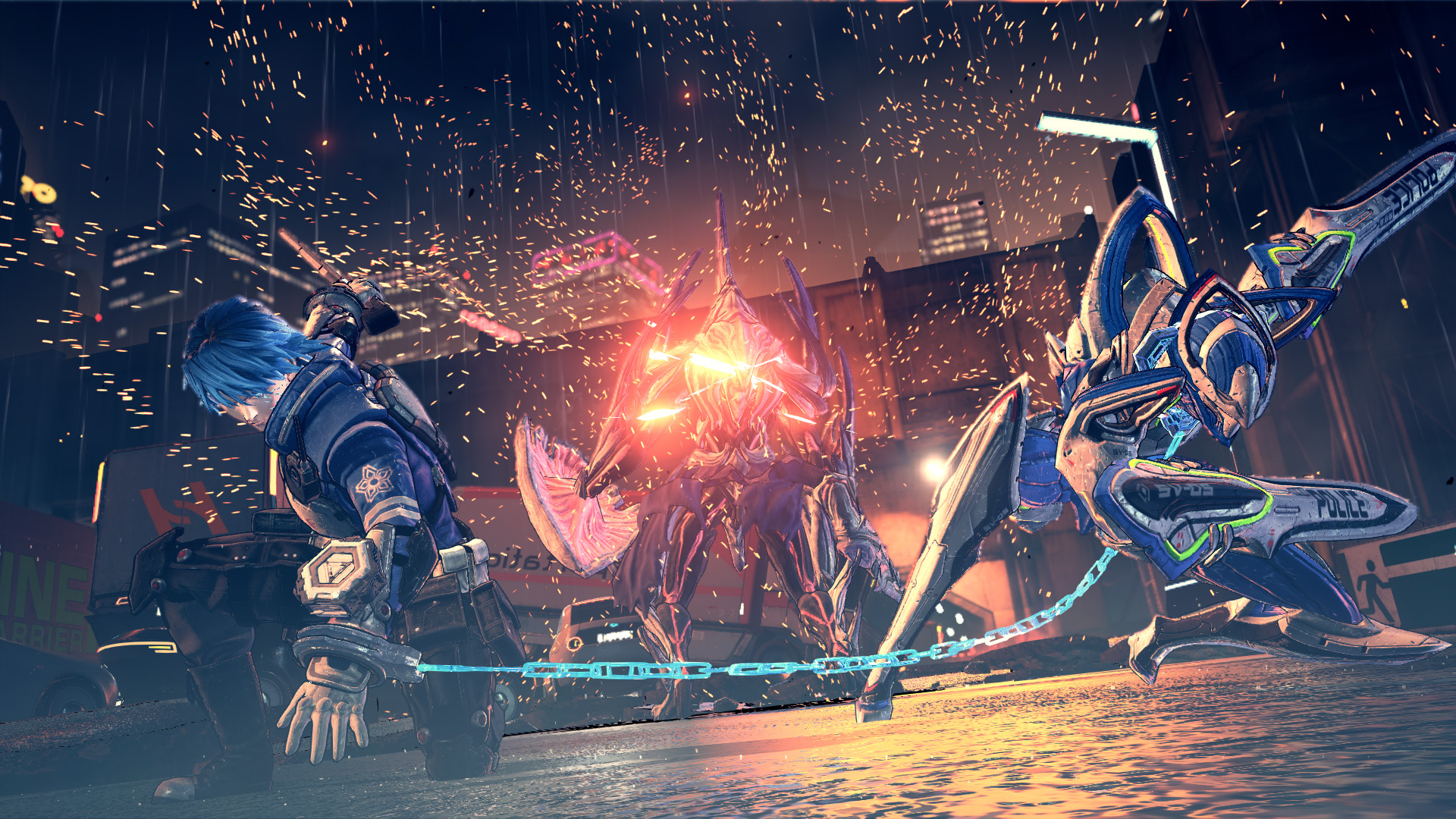 PlatinumGames’ next big action title, the upcoming Switch exclusive Astral Chain, is almost upon us, and with every new glimpse we’ve got of it, it’s continued to look progressively better. For those looking forward to the title and its “synergetic” combat, there’s good news- pre-loads for the game are now available, so you can download the game right now, a month and a half ahead of its launch.

Of course, pre-loads being open also means that we know exactly how large the game is going to be- and it’s not particularly large. Its file size is less than 10 GB- 9.6 GB, to be precise, which isn’t too small (or too large) by Switch standards. Either way, you don’t need to worry about having to wait an interminably long time during the download or clearing out loads of storage space to even play the game (unlike some games).

Astral Chain is due out for the Switch on August 30, and it’ll also offer a unique co-op experience for those who might be interested. In the meantime, take a look at its recent trailer focused on its setting, the Ark, through here, or get an overview of how its combat works (among other things) through here.