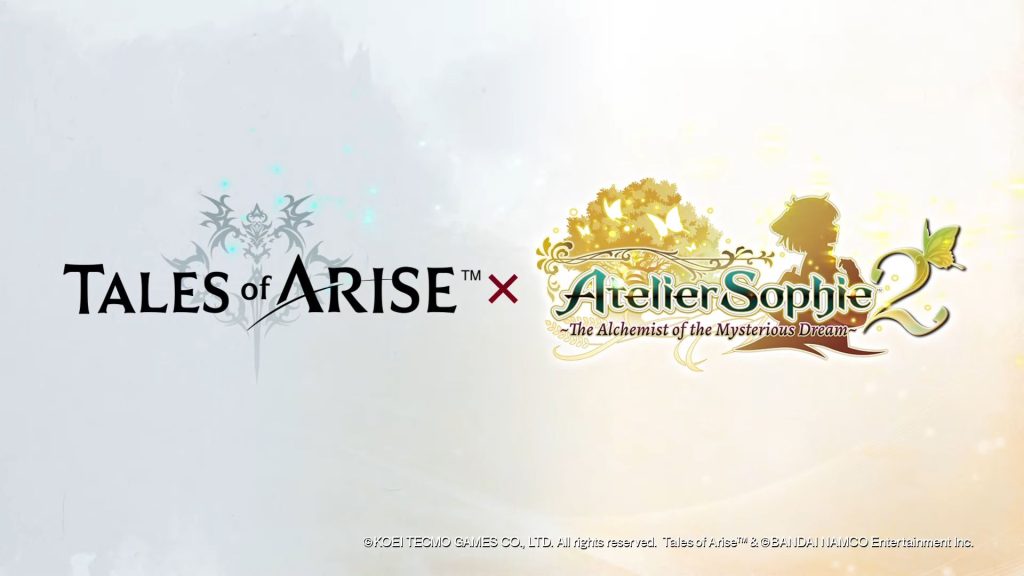 Bandai Namco has been going heavy on the collaboration DLC for Tales of Arise. After Sword Art Online and the recent Scarlet Nexus tie-up, it’s now teaming with Gust’s Atelier Sophie 2: The Alchemist of the Mysterious Dream. Check out the trailer below to see the free DLC, which is out now, in action.

The collaboration adds three new accessories to Atelier Sophie 2 – Alphen’s Iron Mask, the Owl King Doll and Shionne’s Hair Ornament. These can be equipped and used throughout the game, whether you’re exploring or battling. Tales of Arise players receive the Starguide Staff weapon skin for Dohalim, the Hunting Rifle skin for Shionne, and Sophie’s Flower Hair Clip for all characters.

Atelier Sophie 2: The Alchemist of the Mysterious Dream is playable on PS4, PC and Nintendo Switch. Tales of Arise is available for PS4, Xbox One, Xbox Series X/S, PS5 and PC. For those expecting an expansion or sequel for the latter, producer Yusuke Tomiwaza recently told EDGE that neither was planned.

Instead, the developer is looking to “come up with a cutting-edge flagship title that builds on the success of Arise, while also providing an opportunity to rediscover the history of the series.” It’s going to be a while before a brand new game releases so stay tuned for any more updates to Tales of Arise.