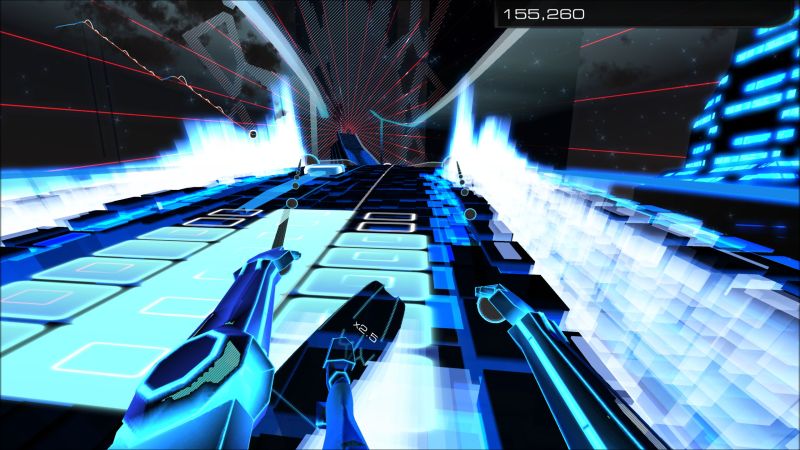 The sequel to the game that had you racing to your own music, Audiosurf 2’s beta can now be accessed via Steam Early Access for PC. Having been announced in August and expected in September, you can check out the game here with some of its modes already available.

Audiosurf was an intriguing and immensely addictive game that took whichever songs you fed it and arranged the beats and notes into tracks which you could race on. The different beats were represented by blocks, which you could collect and net a high score with. Audiosurf 2 features Steam Workshop support for mods, skins and game mods,

The newest feature of the game is the ability to add a new Wakeboarding mode in order to distort songs. This allows you to traverse the route in new ways. Will it be as addicting as the first game? Get in on the beta now to find out.