The developers at Ubisoft Massive take a look at the latest iteration of the Snowdrop engine and how it leverages the PS5 and Xbox Series X/S. 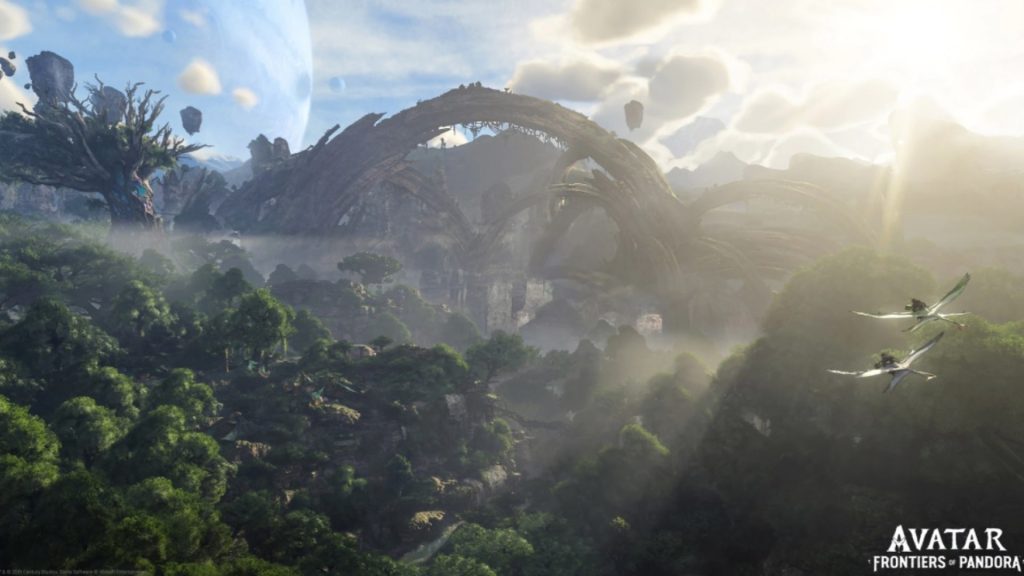 Avatar: Frontiers of Pandora debuted at E3 2021, and though it didn’t show any gameplay, it did give us a look at in-engine visuals. More specifically, the trailer was meant to showcase the upgrades that developers Ubisoft Massive have made to their Snowdrop engine, and it certainly looked impressive. Now, in a newly released video, the devs go into greater detail about that.

The video showcases in-engine footage of the game, with the developers discussing how they had to make major upgrades to the engine in order to create a larger and more detailed world that also captures the lush and natural beauty of Avatar’s Pandora. Dense vegetation, volumetric clouds, improved and interactive shaders, the implementation of real-time ray tracing, and much more are discussed. Check it out below.

Recently, the game’s developers have also spoken about why Avatar: Frontiers of Pandora will not launch for last-gen consoles, and how the PS5 and Xbox Series X/S have allowed them to make the game as immersive as possible.

Avatar: Frontiers of Pandora is scheduled for release in 2022 on PS5, Xbox Series X/S, PC, and Stadia.