Babylon’s Fall – “No Plans” to Stop Development, Seasons 2 and 3 Already in the Works

Babylon's Fall has endured a horrible start in every sense of the word, but PlatinumGames and Square Enix don't plan on abandoning the game. 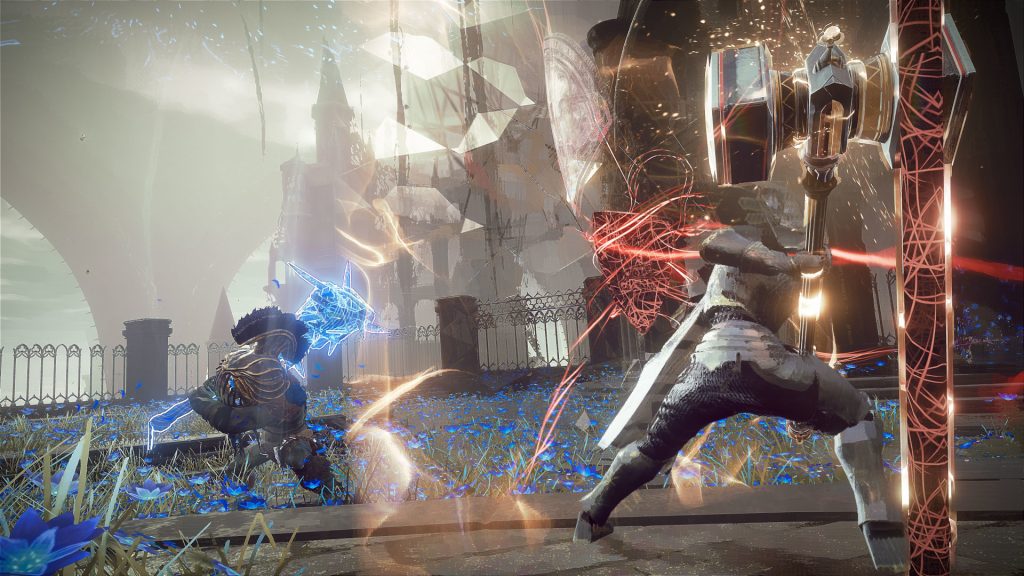 Babylon’s Fall never garnered much hype or attention even in the lead-up to its launch, but even so, it’s been startling to see just how disastrous of a launch the game has had. It’s been universally panned by critics and wider audiences alike, and it hasn’t attracted a large player base to begin with. At launch, for instance, its peak concurrent users count on steam topped out at 650– that’s shockingly low for a new release from a major developer and publisher.

More often than not, live service games that don’t get well off the ground are quickly abandoned by their developers and publishers- but it seems PlatinumGames and Square Enix have no intention of doing that with Babylon’s Fall– at least for the foreeable future.

As part of an update recently published on the game’s official website, its developers made it clear that “there are no plans to reduce the scale of development” on the game, and that plans for its future are already underway. Work on season 2 is “practically complete”, while development on content coming in season 3 “and beyond” is also underway.

Platinum and Square say they’re going to “continue to provide new content” and “make improvements based on player feedback”. The recent feedback survey asking players about the game’s visuals and how they can be improved is part of those efforts.

Babylon’s Fall is available on PS5, PS4, and PC. 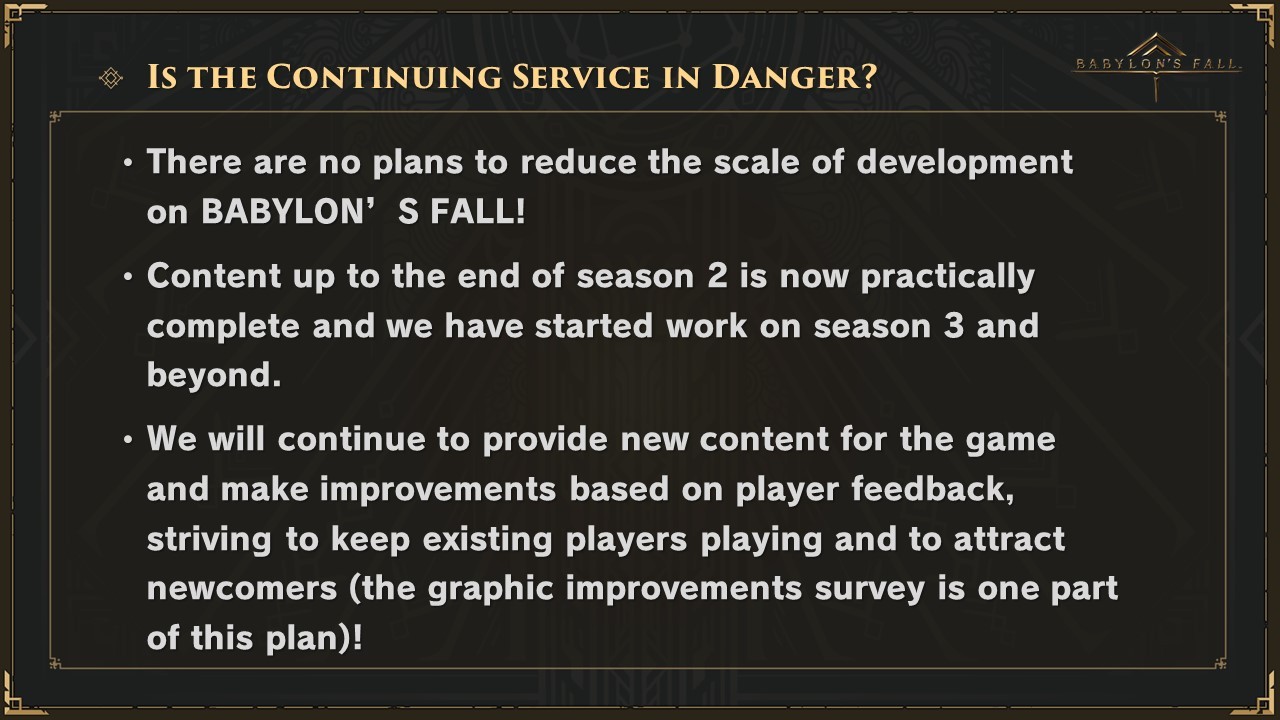