EggNut and Raw Fury's adventure title has been out on PC since June, and is coming to PlayStation and Xbox consoles later this month. 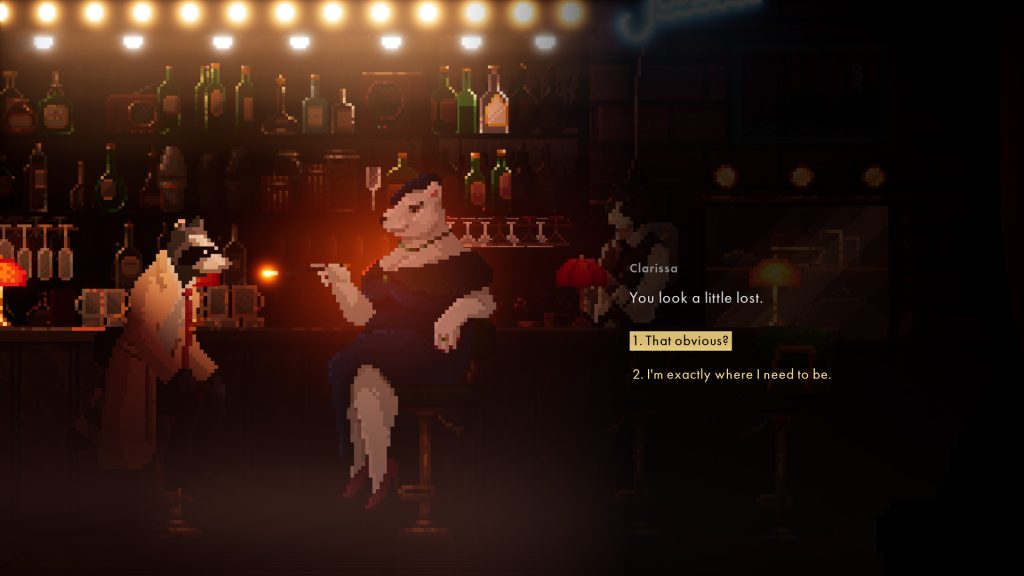 Publisher Raw Fury has announced that EggNut’s post-noir detective game Backbone will be receiving ports for PS5, Xbox Series X/S, PS4, and Xbox One later this month. An announcement trailer for the same has been released, which you can check out below.

Backbone will see players uncovering a bunch of mysteries while playing as a raccoon, who also happens to be a private detective. The game is presented in a gorgeous pixel art style, and has some great art direction for a noir game. There’s interrogations through conversations, alongside a healthy assortment of light traversal challenges that see players jumping across rooftops. Of course, you will also have to look for clues in order to solve mysteries.

Backbone is available on PC, and reception for the game has been mostly positive, which has also been highlighted in the trailer for the game. It’s certainly great that those on consoles will finally get a chance to experience the game when it releases October 28th.