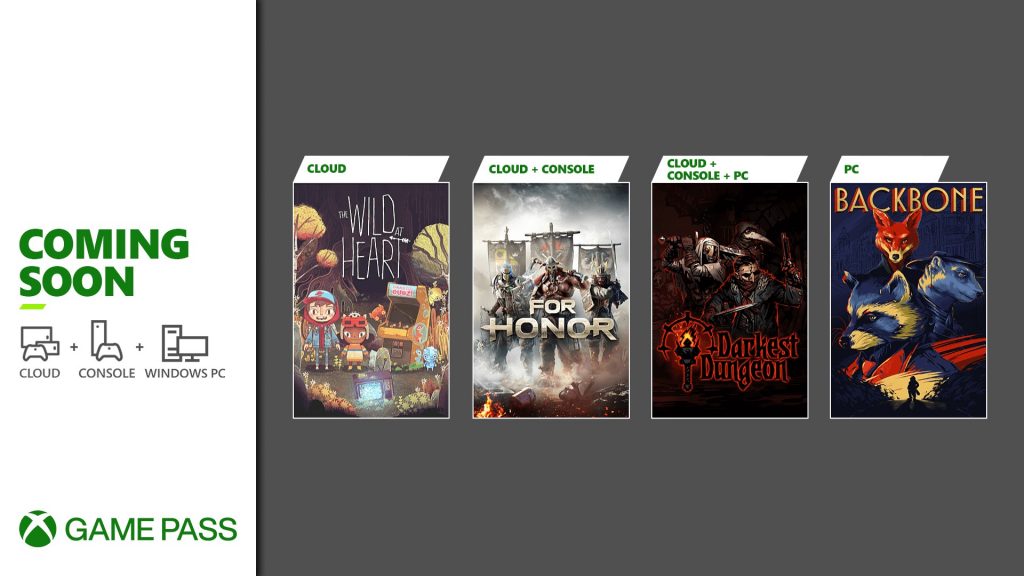 Ahead of its E3 2021 showcase, Microsoft has announced new titles coming to Xbox Game Pass subscribers in June. It starts with The Wild at Heart, which will be available for the cloud, on June 1st. June 3rd sees Ubisoft’s competitive hack and slash title For Honor available for console and cloud players while post-noir adventure Backbone arrives on June 8th.

On June 10th, Darkest Dungeon will be available for console, cloud and PC players. The rogue-like dungeon crawler is renowned for its brutal difficulty, especially with managing the various afflictions that heroes can suffer. While this line-up may seem fairly sparse, it’s likely that more will be announced on June 13th when the Xbox and Bethesda showcase takes place.

On June 15th, a number of titles will be leaving the service. This includes Ace Combat 7: Skies Unknown (console), which is well worth playing before it’s gone; adventure titles Night Call and Observation; and rogue-likes West of Dead and Wizard of Legend. Stay tuned for more details on upcoming additions in the meantime.