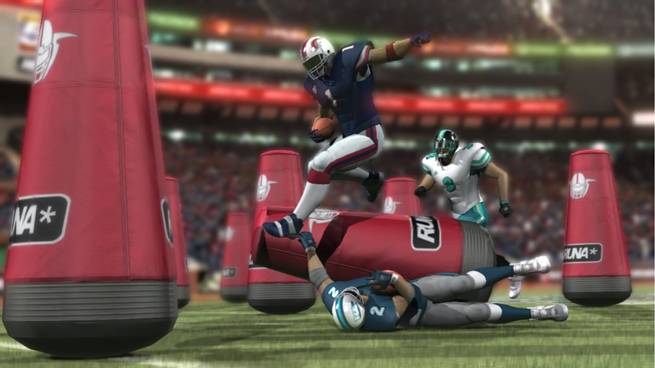 505 Games and NaturalMotion Games announced today that Backbreaker Vengeance  will be available on Xbox Lives from 29 June, 2011.The game will also be released on PSN later this summer.

Backbreaker Vengeance takes the intensity and AAA appeal of the originalBackbreaker Football console game and combines it with the pick-up-and-play nature of the million-selling iPhone app to create a whole new one-of-a-kind sports experience for digital download on Xbox LIVE Arcade for Xbox 360. Powered by the groundbreaking euphoria engine Backbreaker Vengeance, features hard-hitting tackles that are unique every time, and bound to want players to have “just one more go”.