Among the many games to look out for in March in Balan Wonderworld from Arzest, Balan Company and Square Enix. It’s a 3D platformer with a musical aspect that’s coming to PS4, Xbox One, Xbox Series X/S, PS5, PC and Nintendo Switch on March 26th. Here are 14 things you should know before picking it up.

Balan Wonderworld is being developed by Arzest Group and Balan Company. It’s most notable for having Yuji Naka and Naoto Ohshima as the director and character designer respectively. Naka is best known for heading up Sonic Team, serving as a programmer on Sonic the Hedgehog 1 and 2, and as a producer on Sonic the Hedgehog 3, Sonic and Knuckles and Nights into Dreams. Ohshima has worked on a number of projects through the years but is best known for designing Sonic and Dr. Eggman.

Naka joined Square Enix in 2018 to create Balan Wonderworld and interestingly enough, was told by the company’s president that it was his “one chance” to make a full-scale platforming title. So while a sequel may not be coming up any time soon, at least we get a new Yuki Naka-directed platformer after all this time. 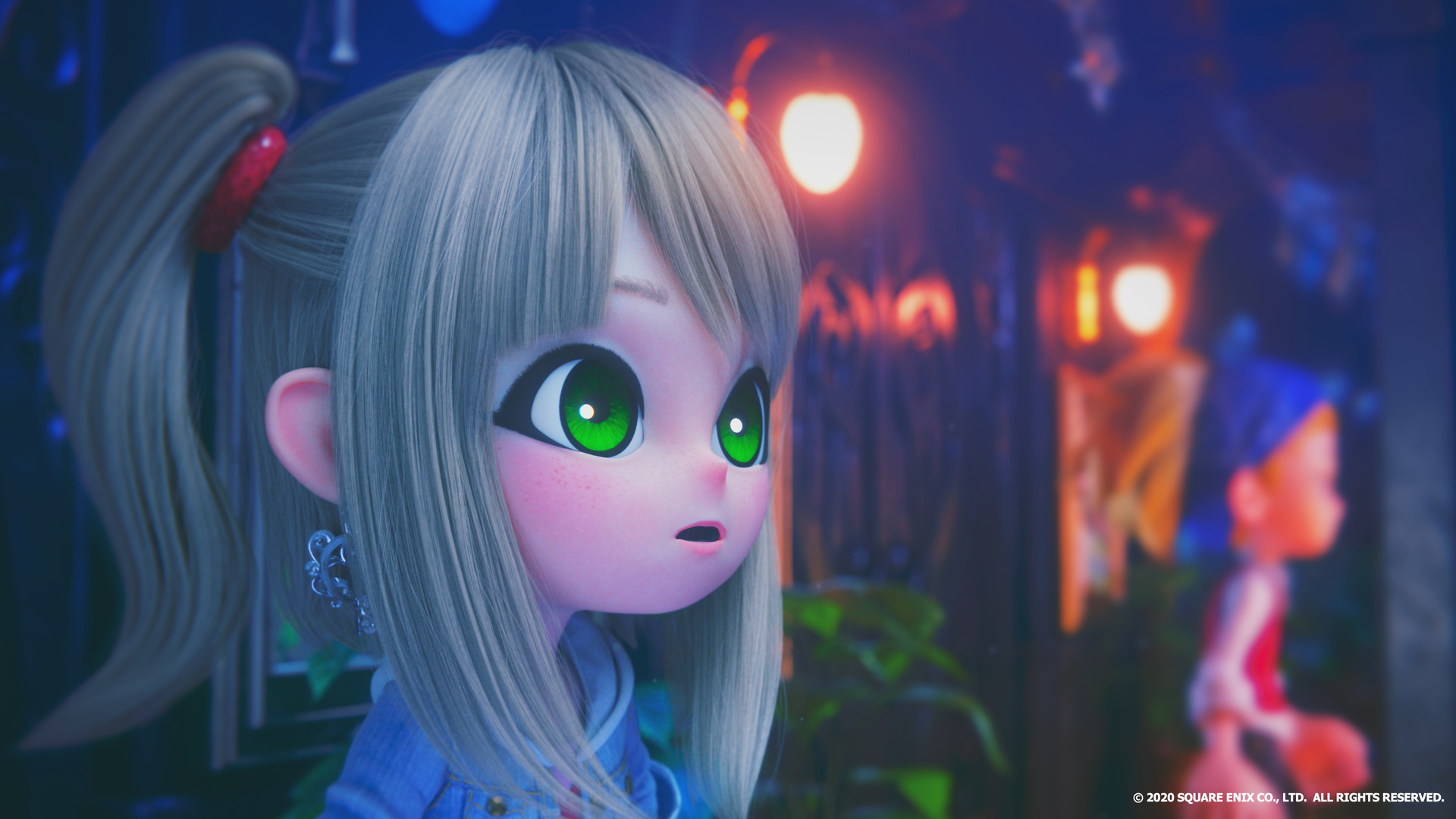 The story follows Leo Craig and Emma Cole, two individuals who discover the mysterious Balan Theatre. They thus encounter the enigmatic Balan, before venturing to Wonderworld and restoring balance to their hearts. Throughout each “Story”, the duo will discover different worlds and characters whose hearts have beeb overcome by negativity, spurred on by the sinister Lance. What Lance’s purpose is, how Leo and Emma can return to their own world and Balan’s true plan are all mysteries to be uncovered. 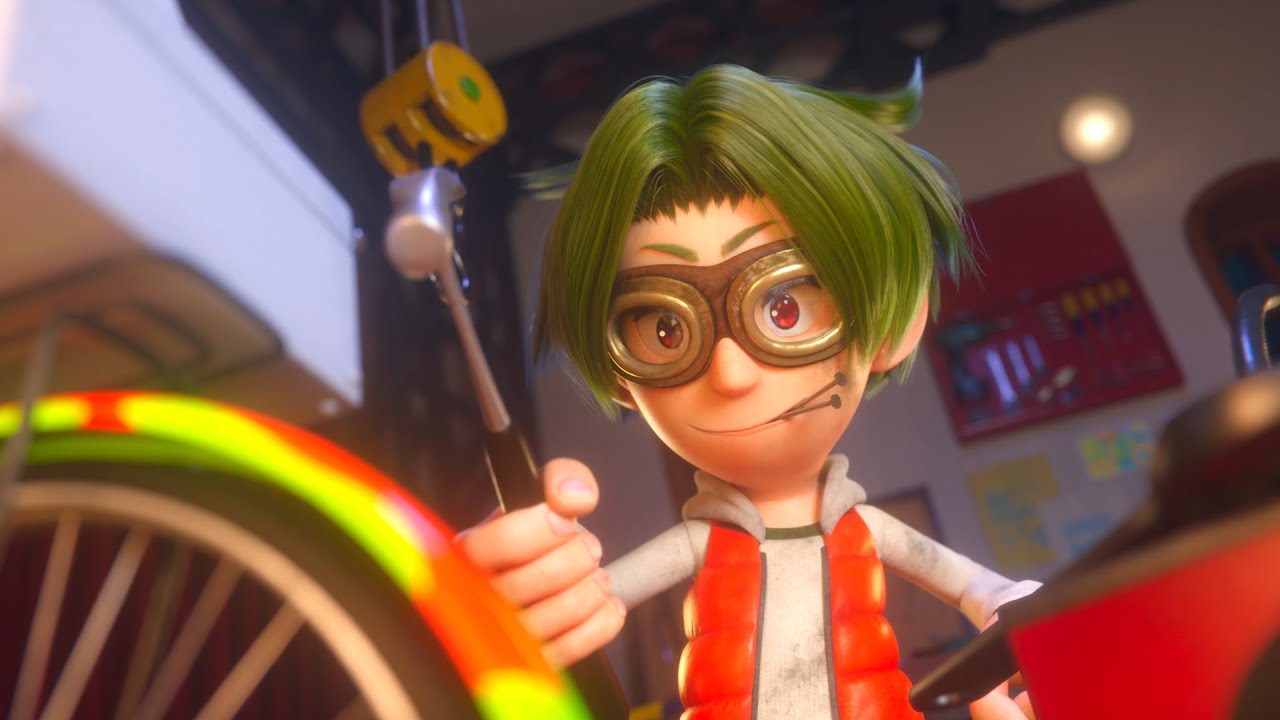 As noted previously, there are a variety of different worlds to explore, each divided into Acts. Each world makes up a different Story, focused on a character whose heart has lost balance and given in to negativity. Chapter 1 “The Man Who Rages Against the Storm”, for instance, is about Jose, who saw his farm devastated by a storm. As a result, crops and farming tools can be found littered in the levels. Each world has its own unique hook and environments depending on the person whose heart has gone astray as the player ultimately confronts the Nega Boss to restore balance. 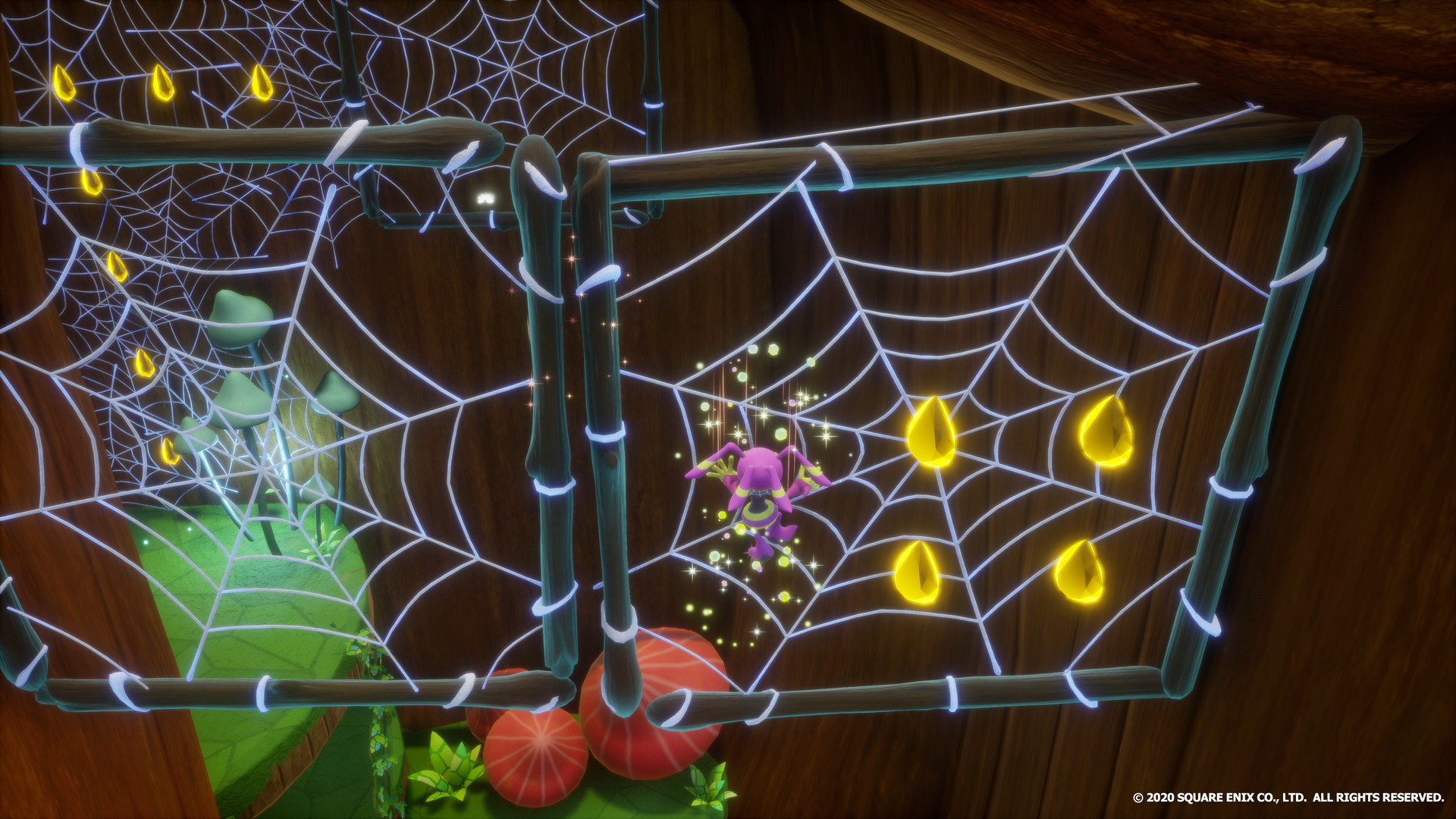 Much of Balan Wonderworld‘s gameplay is centered on platforming and exploration with a few bits of action and mini-games thrown in. You’ll explore stages and locate Balan statues which can be used to unlock further levels. There are also Drops to collect and costumes to find. The costumes in question can either surmount different challenges or be used to deal with enemies. 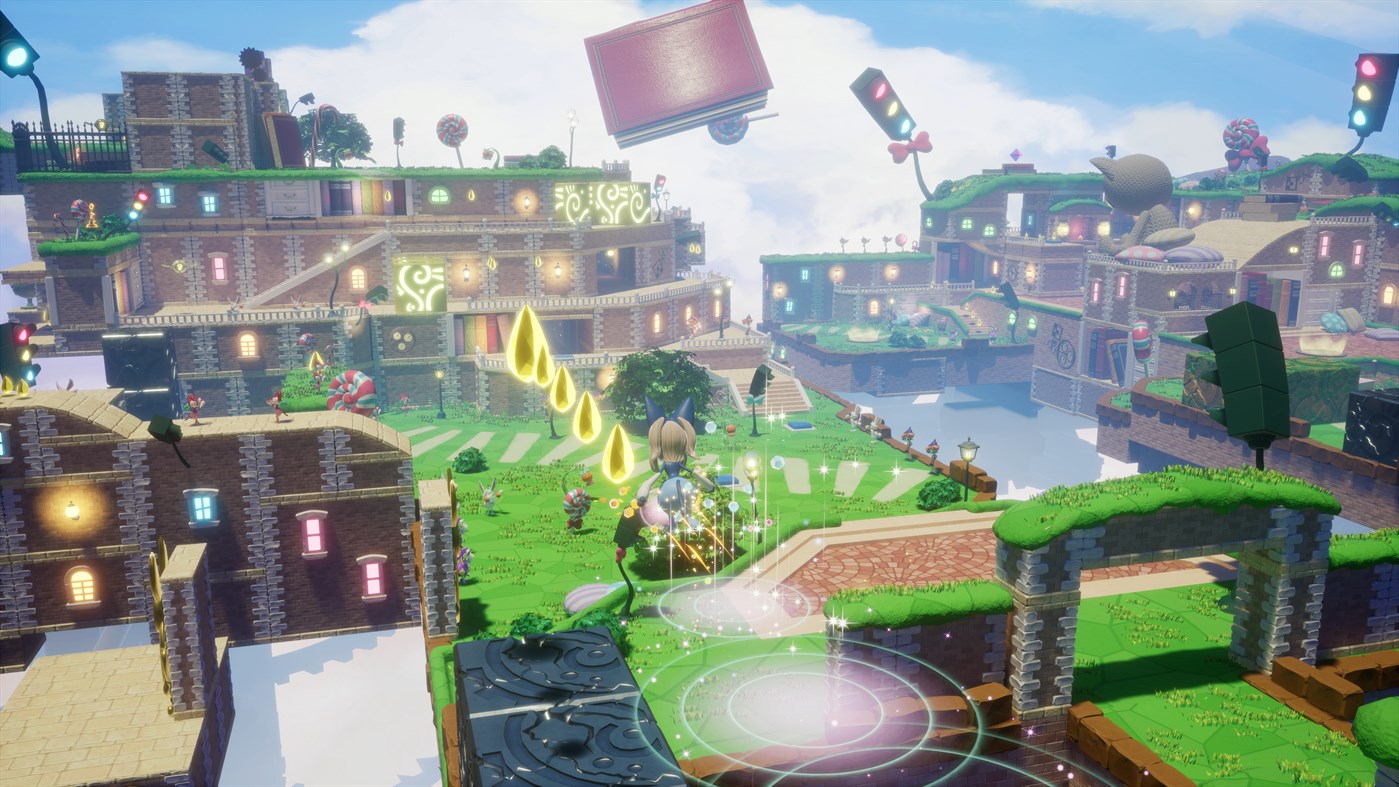 There are more than 80 costumes to collect in Balan Wonderworld each with their own unique abilities. These include the Tornado Wolf, which can execute a spinning jump; Jumping Jack which can jump further; Aero Acrobat for locking onto enemies in midair and kicking them; and so on. You can hold up to three costumes though getting hit causes the currently equipped costume to be lost. There are checkpoints for selecting your costumes, though losing all three meaning restarting the level.

As you explore the different chapters and stages, you’ll come across Golden Hats. Collect enough of these and eventually, you can enter a mini-game where Balan himself becomes playable. These sections are fairly straightforward quick time events where the player must sync Balan’s actions with the outline on-screen. Completing these will net Drops, which contribute to the Isle of Tims. 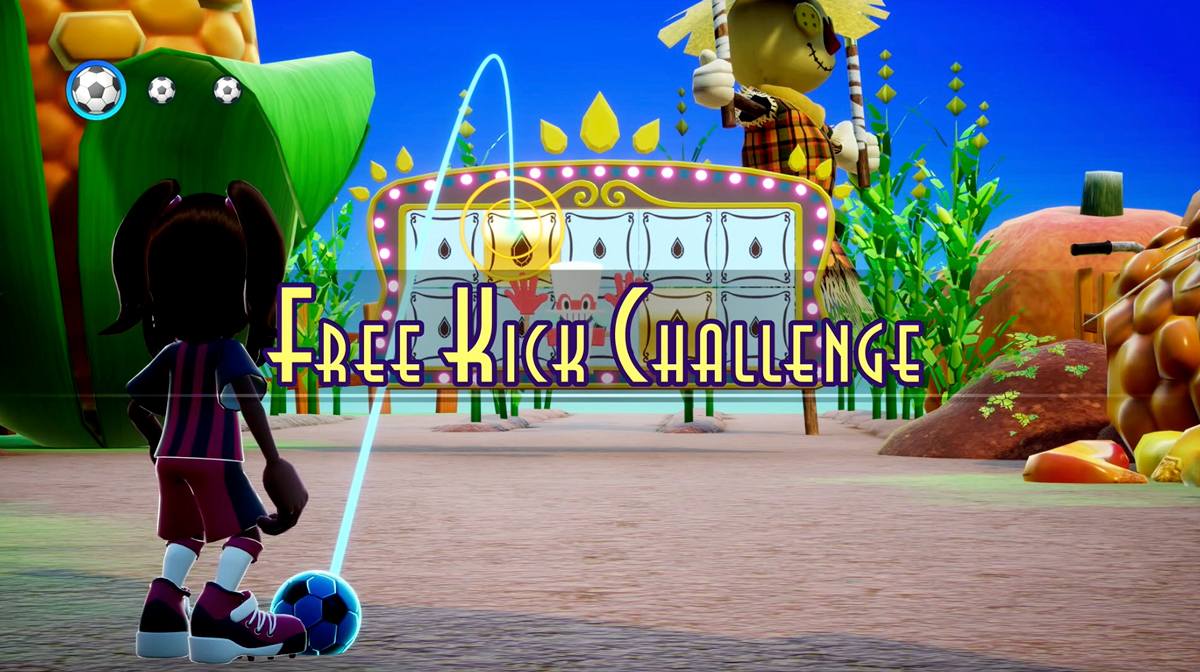 Balan’s Bouts will serve as the “primary” mini-game throughout but there are others to be discovered. For example, in Chapter 1, there’s a Free Kick challenge which sees Leo or Emma having to knock down several targets by kicking a football. Other Chapters apparently have their own sports-style mini-games so it should be interesting to see what else is in store. 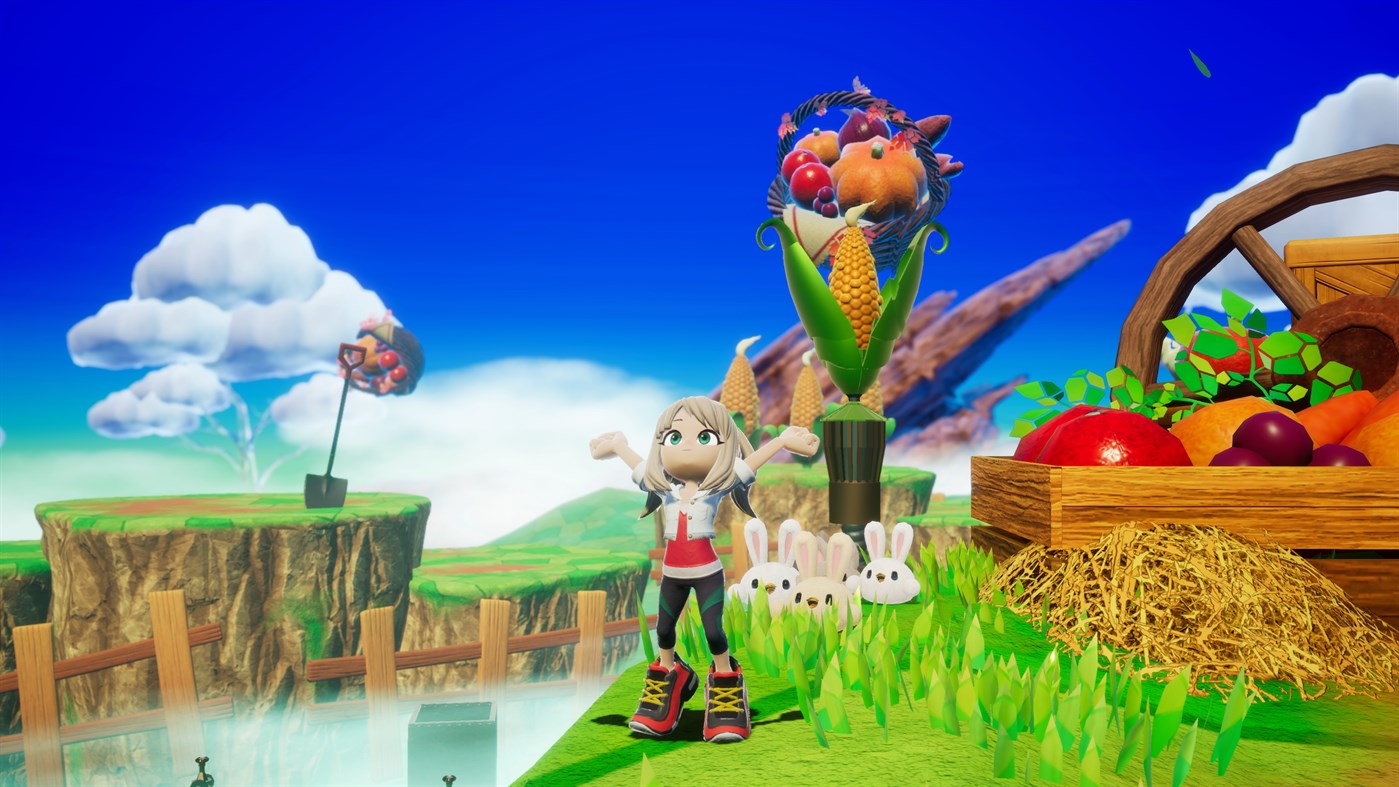 When starting out, the Isle of Tims acts as a hub world where you can access all of the worlds. However, it’s also home to the Tims, small creatures which can be raised by feeding them Drops. Depending on the Drops fed, the Tims will change color and even possess different attributes. Tim eggs can also be found inside different worlds. If this is sounding a lot like Sonic Adventure’s Chao Garden, then there’s the added dimension of the Tims being able to accompany you on adventures. Bring the Red Tim and it will attack enemies while the Pink Tim can help find different items. Raising more Tims will also upgrade the Tim Tower, though what purpose it serves remains to be seen. 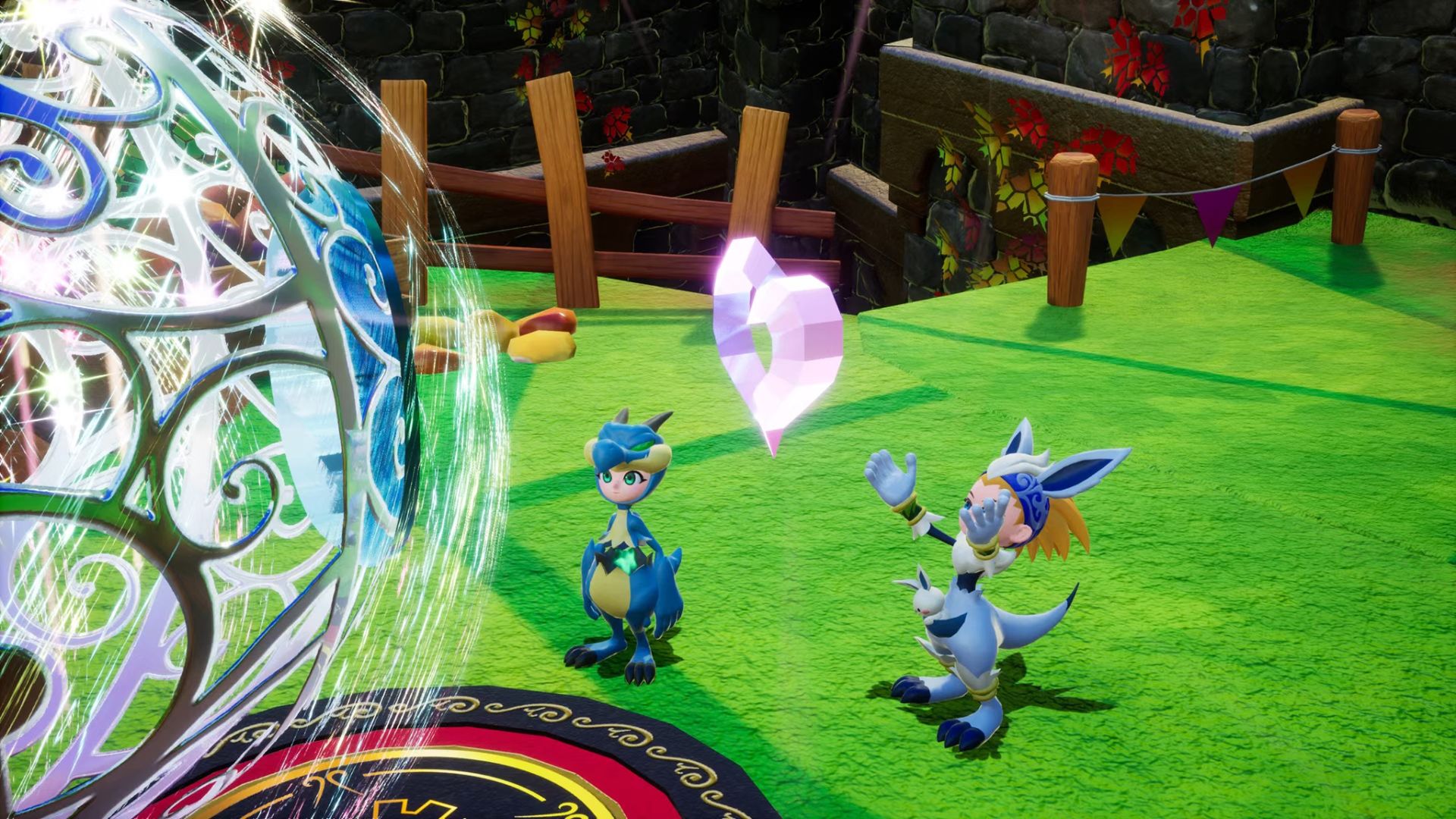 There’s a reason for two protagonists – local co-op is supported for the campaign as the second player can control either Leo or Emma depending on the first player’s choice. This is supposed to add new dimensions to the platforming since you can combine different costume abilities together. Unfortunately, it seems that online co-op is not supported so those looking to partner up online will be out of luck.

Like many titles in this day and age, Balan Wonderworld includes a Photo Mode. Players can move the camera freely, zoom in and out, and take photos from any angle while also using frames to decorate them. More complex functions like filters, effects, exposure, contrast and so on haven’t been detailed yet. 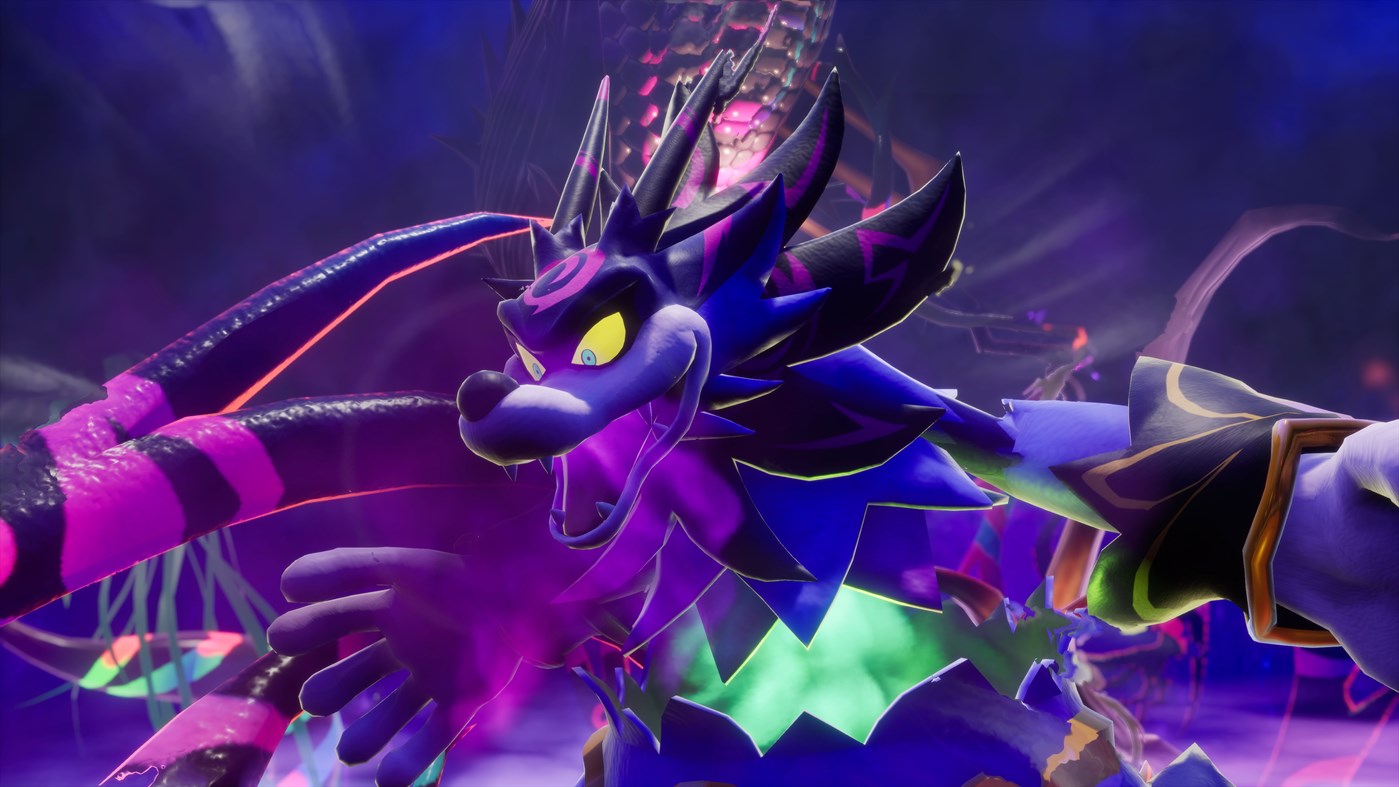 A free demo is available for Balan Wonderworld on all of its release platforms and provides a pretty sizable chunk of the game. Chapter 1’s first two Acts, Chapter 4 – Act 1 and Chapter 6 – Act 1 are all playable. Each contains a number of different costumes to try out along with a boss fight in Chapter 1. You can even experiment with the Isle of Tims. Local multiplayer for two players is also supported. 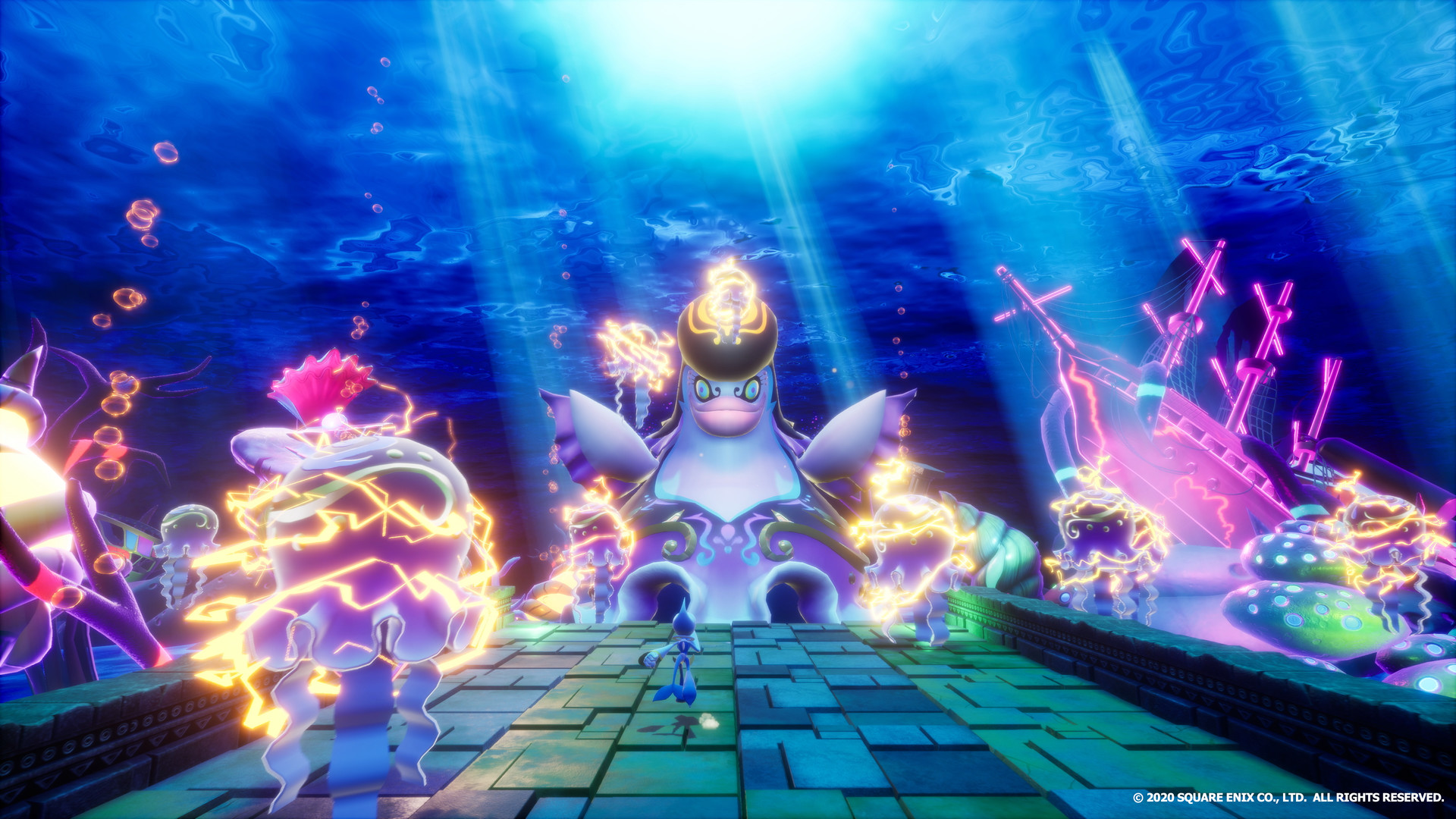 A quick visit to the official Xbox page for the game indicates that it will run in 4K and at frame rates up to 120 frames per second. So at the very least, you can expect the same option on PlayStation 5 as well. Whether the Xbox Series S version will run in 4K or not is still unknown but judging by the recent demo, it certainly runs better than the Xbox One, PS4 and Switch versions.

Among some of the more unique console-specific features is DualSense support on the PS5. Speaking to IGN last year, Naka indicated that each costume’s ability will feel distinct thanks to the controller’s adaptive triggers. While it’s debatable just how unique they’ll all end up feeling, it’s still something to look forward to on PS5. 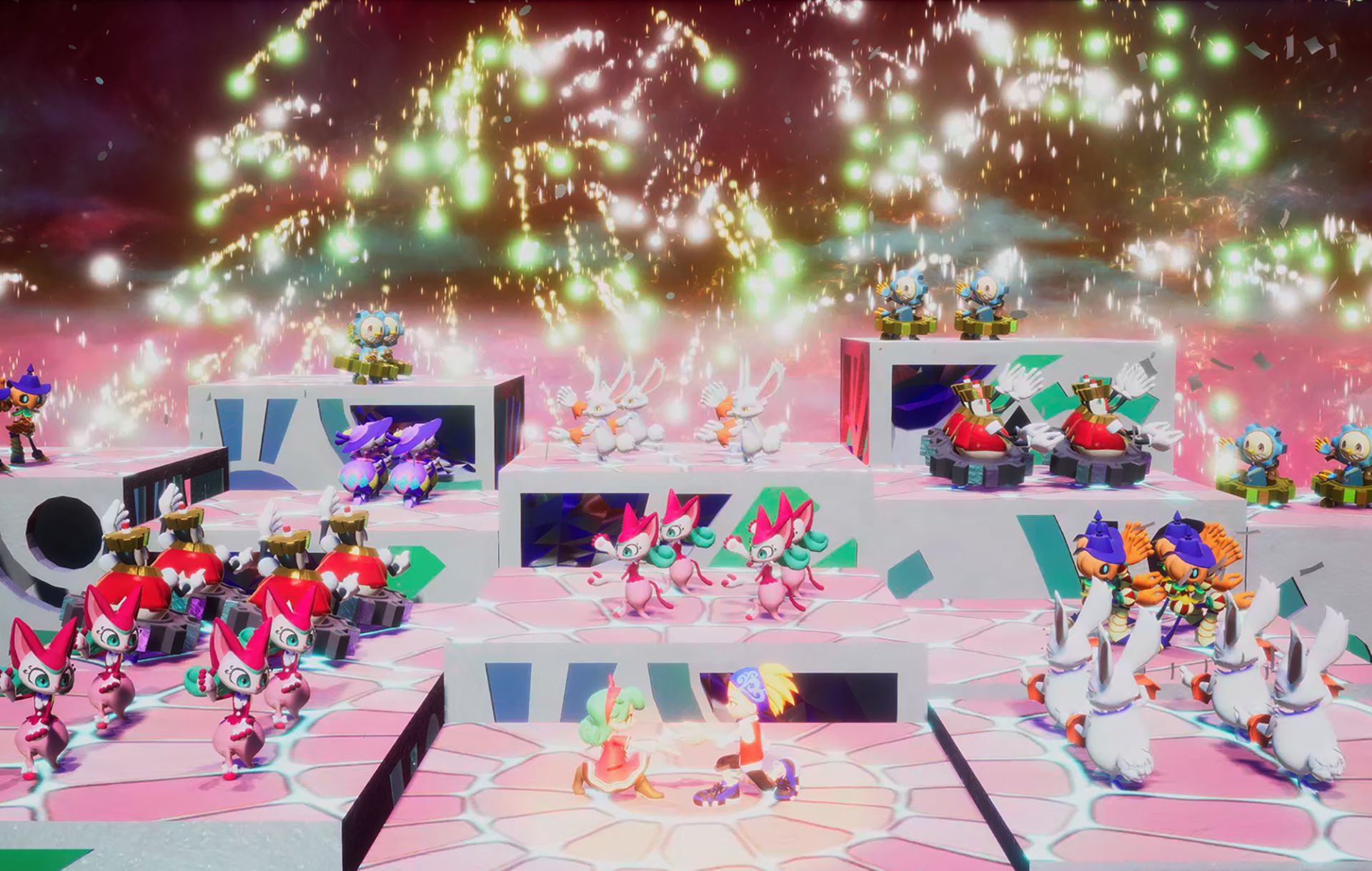