The controversies against MGS 5's female sniper continue to mount. 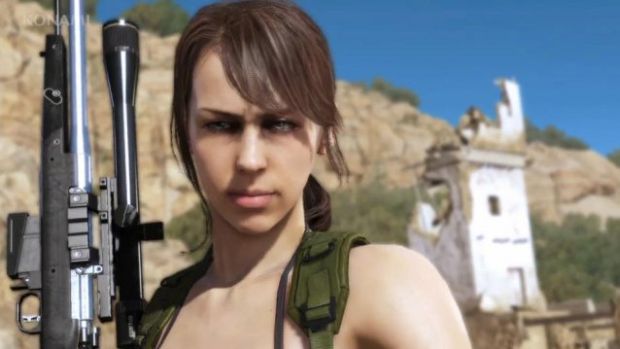 Ever since Quiet, one of the new characters in the Metal Gear Solid lore, was revealed via the controversial E3 2013 trailer, certain people and even hardcore fans have questioned whether the female character design in MGS5 is overly sexist.

Whether you want to call it a rib or a serious criticism, Lead Core Gameplay Designer on Battlefield 4 Alex Kertz had his own response to Metal Gear Solid V’s Quiet.

He tweeted the following comparing real life women soldiers to the one we see in Metal Gear Solid V: The Phantom Pain.

Of course, when told that this was fantasy military as compared to realistic military, Kertz responded:

But he did admit defeat in one department, which Battlefield as a series hasn’t had (and still doesn’t have, at least not that we know of, in Battlefield 4):

While Kertz may have a point, are we forgetting that Metal Gear Solid is a series wherein a female soldier was raised by wolves to become a sniper, an entire unit composed of beautiful females trapped in cybernetic exoskeletons and The Boss exist? The symbolism of Quiet may be the key rather than how much skin she reveals, but everyone is entitled to their own opinion.

What are your thoughts on the matter? Let us know in the comments below.