Check out the best ways to outfit your vehicles for multiplayer.

Battlefield 4’s multiplayer turned its fair share of heads at E3 2013 when EA revealed 64 player support and the new Siege in Shanghai map for Conquest mode (along with the new Commander options). Now, new screenshots have come out showcasing how players can customize the various vehicles within Battlefield 4. Check them out below. 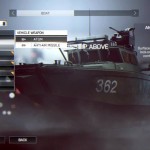 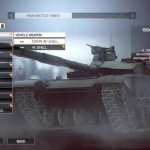 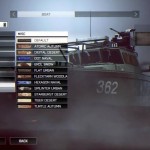 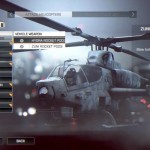 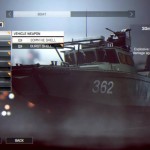 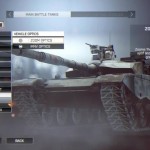 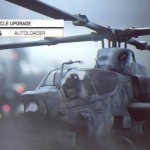 These include tanks, helicopters and even the new boats which premiered at E3. Players can choose different shells, machine guns, zoom optics, heat seeking missiles for the helicopters (which also shows the return of the AH-1Z Viper), IR smoke and anti-air missiles for the boats.

Different paint jobs and camo can also be unlocked and used to customize the vehicles. We assume this would help add to the “Holy sh**” moments when enemies realize a tank is aiming at them. In which case, great.

Battlefield 4 is slated to release for PS3, Xbox 360 and PC on October 29th in North America and November 1st in Europe, with Xbox One and PS4 releases coming later.