Control the map and destroy the opposing team’s carrier to gain victory. 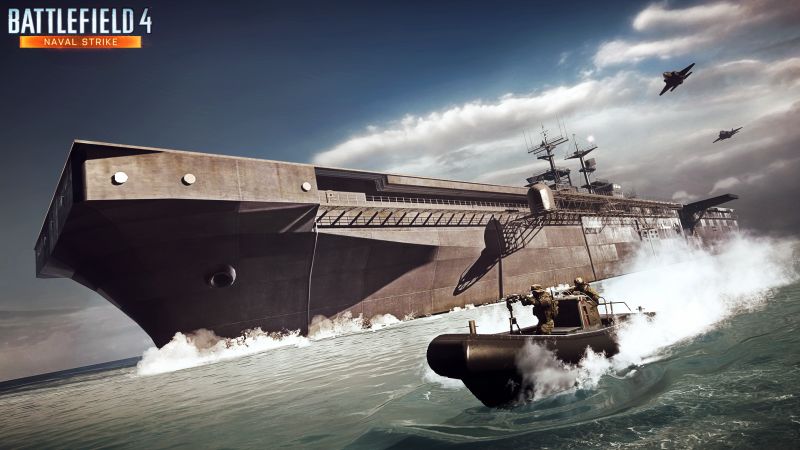 Titan mode, a cult-favourite mode from Battlefield 2142, is making a return as Carrier Assault in Battlefield 4: Naval Strike. While the treatment is a bit different – there aren’t any floating bases or shield generators to target – the core purpose of assaulting the other team’s craft is still the same.

Lead gameplay designer Gustav Halling explained the gameplay in a new Battlelog post: “There are two ways of destroying the enemy carrier: either by full map control or assaulting the carrier as infantry. Each round is divided into 2 stages, starting with map control and ending with carrier attack.

“Both teams start on their own carrier and race to control the missile launchers placed on the map, by capturing the control points near them. This will automatically launch missiles towards the enemy carrier throughout the round, eventually destroying its hull and making it open for infantry attacks.

“When this happens for one or both teams, the carrier assault state is started. The team can then either drive a boat out to the carrier and climb aboard, or use the parachute spawn points above it. Once inside, the team must destroy two M-COM stations, which will open up new areas to the carrier, with the engine room being the final one. Destroying the two M-COM’s, or bringing down the carrier hull’s health to 0%, will win the match for your team.”

Battlefield 4: Naval Strike is scheduled to release in late March for Xbox One, Xbox 360, PS3, PS4 and PC. Premium users will receive the game ahead of its release.