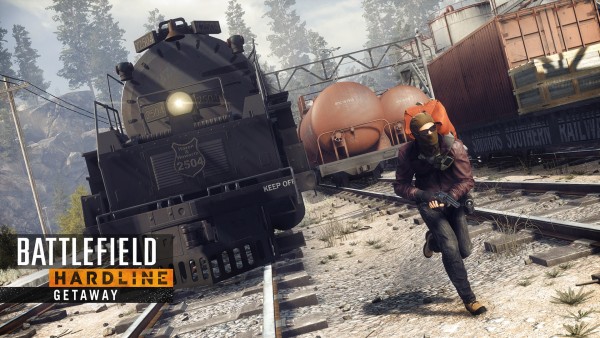 EA has announced that the next DLC for Battlefield Hardline will be releasing in January 2016 for Premium members. Since Premium permits early access, it’s likely that the general release will be near the end of the month.

Getaay is the third DLC for Battlefield Hardline and will feature four maps – Pacific Highway, Double Cross, Train Dodge and Diversion – along with a new game mode called Capture the Bag. You’ll also have a new gadget, a new melee weapon, four new vehicles, four new Legendary camos and three new weapons for the Mechanic class. It also seems that a patch is due around the DLC’s release which includes free new content.

We’ll find out what that free content is and when the Getaway DLC will exactly release across multiple platforms. What are your thoughts on the DLC’s content? Let us know in the comments below and stay tuned for more information in the coming weeks.