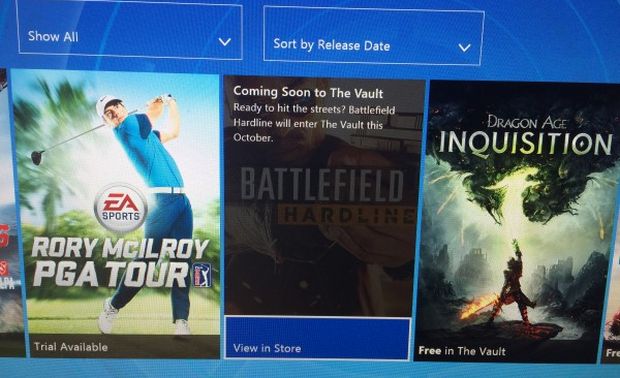 Visceral Games’ Battlefield: Hardline will be the next major title to land up in the EA Access Vault when October rolls around. This is according to an image that surfaced on Reddit from a user who received the notification on EA Access.

While it’s expected that subscribers will still need to purchase DLC separately, especially since all the packs haven’t been released yet, they’ll still get the single-player and multiplayer modes in the base game.

EA Access’s Vault features a collection of high profile titles like Dragon Age: Inquisition, Titanfall and Plants vs. Zombies: Garden Warfare which players can enjoy for indefinite amounts of time if they pay $5 per month or $30 per year. It also offers discounts on digital content and provides early access trials of upcoming games. Not a bad deal overall, though it’s currently exclusive to Xbox One.

What are your thoughts on Battlefield: Hardline heading to EA Access? Let us know in the comments.