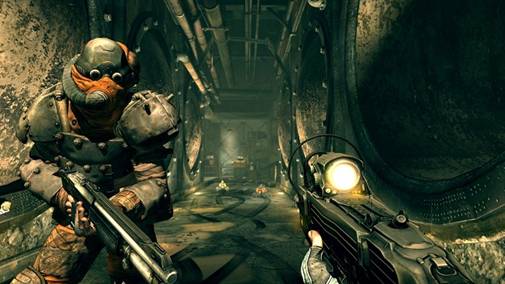 Bethesda has revealed some new details on the upcoming Scorchers DLC for the id Software developed first person shooter, Rage.

With the Scorchers DLC, players will be traversing through six all-new areas in the Wasteland, and meet new allies and battle along with them to together defend a settlement known as the Hager Settlement against a crazy (no, really, crazy) clan of bandits known as The Scorchers.

There’ll be plenty of other new features- for the achievement hunters, there’s the Extended Play option, thanks to which you can play past the game’s ending to look for collectibles and do side-missions and stuff.

There’s also the Ultra-Nightmare mode and you will also be participating in a new season of Mutant Bash TV. Players will also be handed new weapons such as the Nailgun.