Bethesda selling the original Doom 3 for £76 on Steam

A little overpriced, don’t you think? 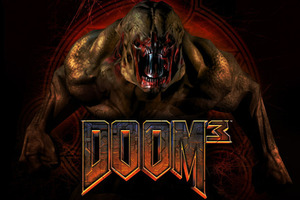 This seems a little unfair, considering that, well, it’s a very high price to begin with, and the fact that Doom 3 is an 8 year old game. This obviously has something to do with the recent release of Doom 3: BFG Edition.

It’s notable that Doom 3 isn’t available easily these days. Most of the retailers now are selling just the BFG Edition, and very few are selling the 2004 original- GameFly is selling Doom 3 and Steamworks for £14.99..

“We do realise that there are fans that would like to purchase the original version of the game, and we’re looking into options for them,” a Bethesda rep told Eurogamer when contacted about the same. “When there’s new info to share, we’ll let everyone know.”

This pricing is obviously being met with a lot of criticism. Would you buy the game for such a high price? Tell us in your commets below.