Bioware has released the stats for Mass Effect 3 multiplayer, and it is pretty interesting. Almost 2 million Phantom Cerberus Assassin’s have been killed online, and 83 billion credits have been earned online. The Battlefield 3 multiplayer kit has been used 618,000 times.

The game is currently under fire due to a less than satisfying ending, and most fans are up in arms. Bioware has said that they will address these issues soon. The game has scored perfect 10/10 here at GamingBolt, and our reviewer liked the multiplayer mode a lot.

The most popular class is Soldier, which isn’t that surprising at all as it was chosen by 18% of the players. I use the Adept class, and am already regretting that decision.

Check out the complete stats below. 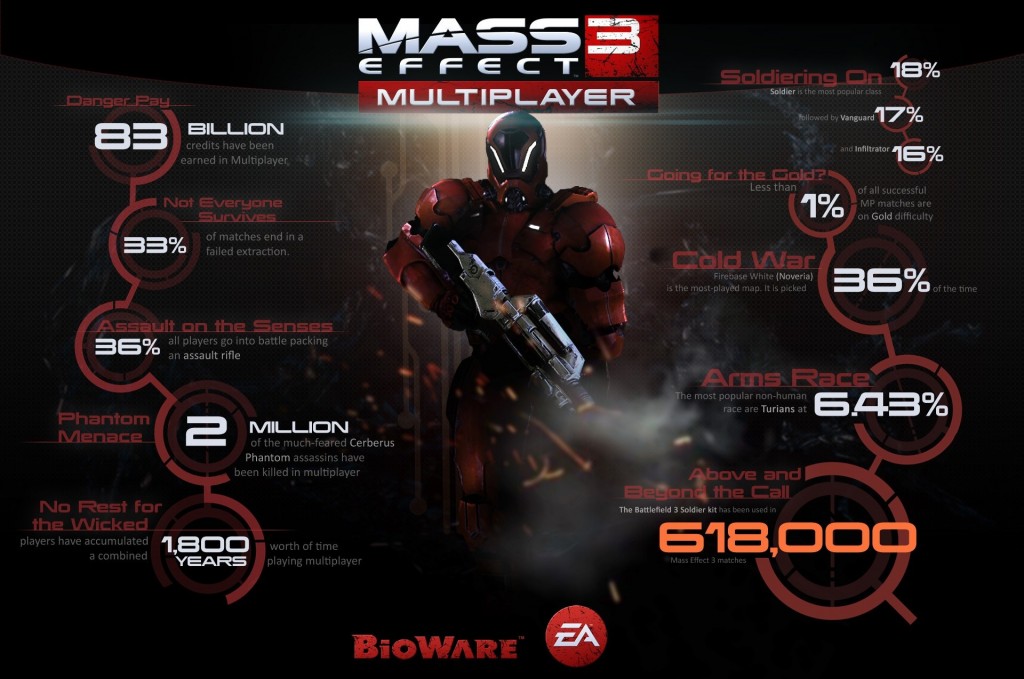