This makes the franchise the "biggest entertainment launch" for the fourth year in a row. 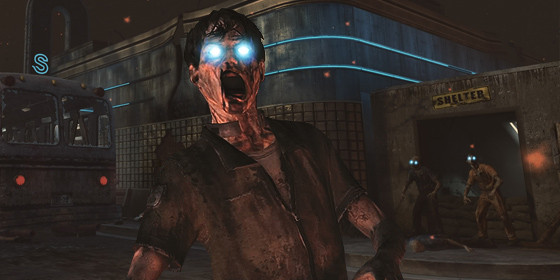 “MONEY” is the new “BRAAAAIIIIINS”

Bobby Kotick, CEO of Activision Blizzard (yes, he still works there) is beaming and for good reason. Initially, it was reported that Treyarch’s Call of Duty: Black Ops 2 sold 1 million copies at midnight launches according to Gamestop.

Now Activision estimates that the first person shooter managed to net a whopping $500 million within the first 24 hours of it’s launch.

As Kotick states, “With first day sales of over half a billion dollars worldwide, we believe Call of Duty is the biggest entertainment launch of the year for the fourth year in a row.

“Life-to-date sales for the Call of Duty franchise have exceeded worldwide theatrical box office receipts for Harry Potter and Star Wars, the two most successful movie franchises of all time. Given the challenged macro-economic environment, we remain cautious about the balance of 2012 and 2013.”

While the actual number of copies sold is still a tad unknown at this point, we’d wager that the game managed to surpass last year’s 6.5 million copies sold by Call of Duty: Modern Warfare 3 without any problems.

Modern Warfare 3 grossed $400 million during its first day on sale, so surpassing that is a pretty big deal for Black Ops 2.

If we take into account the $60 price tag of the game and the $500 million sales, that would estimate to about 8.3 million units of Black Ops 2 sold. Of course, there’s digital units’ sales to take into account and a lot of other stuff that adds to a game’s revenue, so that’s not entirely accurate. But it’s safe to assume that Black Ops 2 has crossed MW3’s sales. The figures are somewhere between 7 to 8 million units, according to our estimates.