Bugsnax: The Isle of Bigsnax is Launching on April 28, Adds Roughly Three Hours of New Content

The free expansion will add a new biome that is supposedly twice the size of any of the biomes in the base experience. 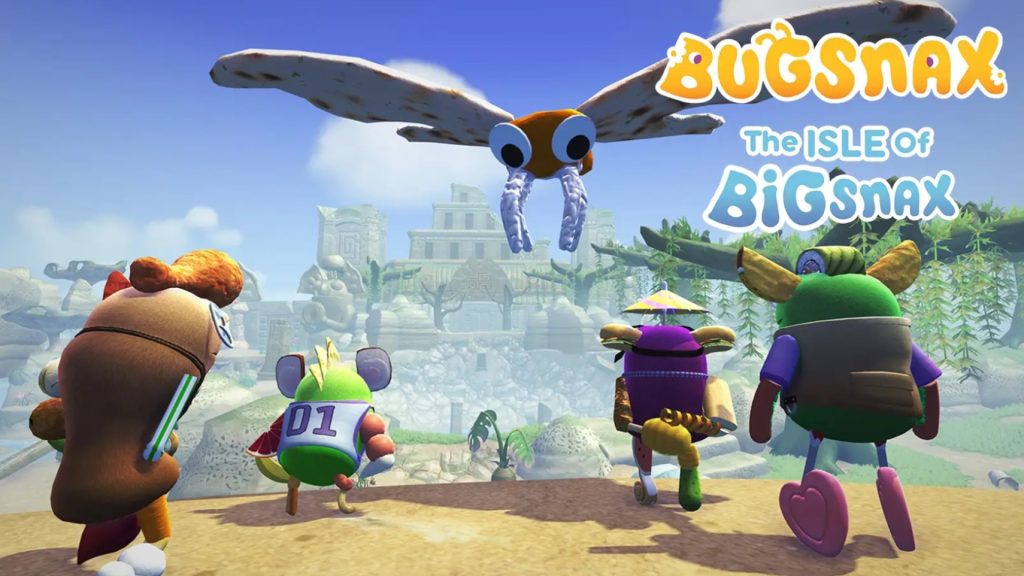 Since announcing Bugsnax: The Isle of Bigsnax last year, developer Young Horses hasn’t said much about the upcoming free expansion until now. But as recently promised, the studio has now confirmed when The Isle of Bigsnax will be releasing- and it’s not too far away.

Bugsnax: The Isle of Bigsnax will launch later this month, on April 28, and in updates published on the PlayStation Blog and Xbox Wire, creative director Kevin Zuhn has also provided more details on what to expect from it. The expansion will add roughly three hours of new content, taking players to the titular Isle of Bigsnax, which is a completely new biome that, according to Zuhn, is twice as large as any of the base game’s biomes.

The new biome will place a greater emphasis on environmental puzzles, while of course, there will also be plenty of new Bugsnax to capture. Some of these, however, will be massive in size- called Bigsnax, these will have to be shrunk down to regular size by using a volatile substance called Shrink Spice (which explodes 30 seconds after you pick it up).

One of the new Bigsnax being introduced in the expansion is Clawbsteroni, a lobster made out of mac and cheese, sees a giant trampoline to bounce the spice away from its head. Meanwhile, other additions and expansions include your very own hut to decorate using things you find in the game, and get new activities to tackle via your mailbox.

Young Horses recently also announced that Bugsnax will be launching for Nintendo Switch and Xbox consoles on April 28, the same day The Isle of Bigsnax releases. The expansion will, of course, also be available on those platforms in addition to PS5, PS4, and PC.