Bugsnax is Out Now on Xbox Series X/S, Xbox One, Steam, and Nintendo Switch

The Isle of Bigsnax, a free expansion that adds about three hours of new content along with new activities, is also live for all platforms. 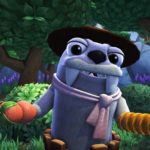 Bugsnax Launches for Xbox, Switch, and Steam Later This Month

Young Horses' beloved and bizarre adventure game will pave the way for a larger audience with new platform launches later this month.

Bugsnax: The Isle of Bigsnax is Launching on April 28, Adds Roughly Three Hours of New Content

The free expansion will add a new biome that is supposedly twice the size of any of the biomes in the base experience.

Bugsnax: The Isle of BIGsnax Release Date Will be Announced Tomorrow

The full-fledged Bugsnax expansion was announced last year with a 2022 launch window, and developer Young Horses says a specific date will be announced soon.

The Isle of BIGsnax is an appropriately named "big" expansion and will be coming as a free update sometime in early 2022. 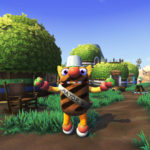 This year saw some amazing off-beat titles - check out 10 of them there.

Bugsnax Invites You On A Strange Journey With Snakkolades Trailer

A heaping of positive praise for the weird title. 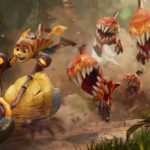