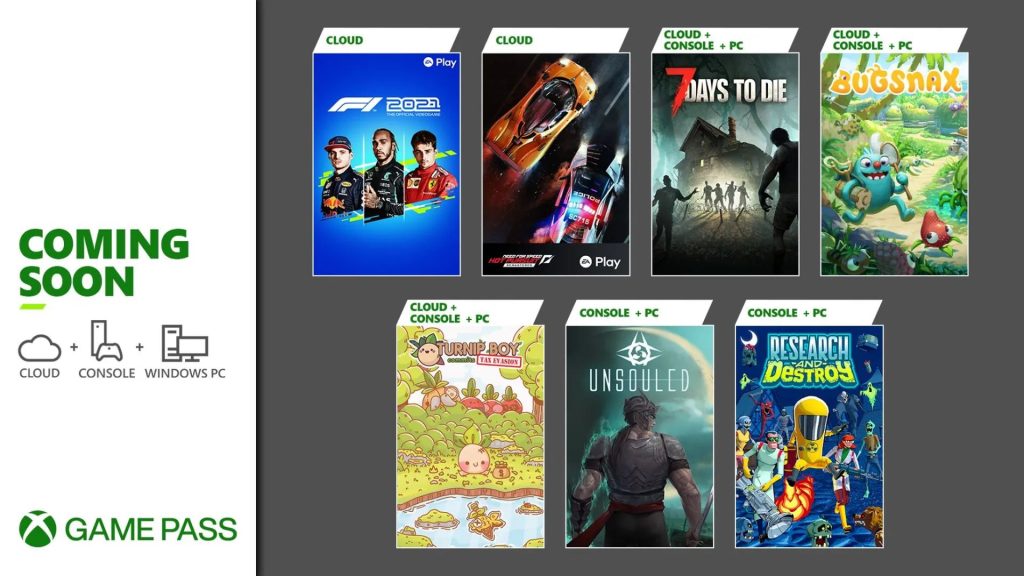 Microsoft has revealed the next wave of titles coming to Game Pass for April, starting today with F1 2021 and Need for Speed Hot Pursuit Remastered on the cloud. Both require EA Play which is available with Xbox Game Pass Ultimate and PC Game Pass. There’s also puzzle-solving adventure Turnip Boy Commits Tax Evasion which is also out today for consoles, PC and the cloud.

Unsouled, a “punishingly difficult (yet fair)” action RPG launches on the same day for consoles and PC. A number of titles will also be leaving Game Pass on April 30th so play them now while you still have the chance:

Marketing will begin in the second half of 2022 for Cyberpunk 2077's first expansion with the majority of CD P...