Call of Duty: Black Ops 3’s Next DLC Pack May Be Called Salvation

I mean, I guess that’s a name.

With Infinite Warfare‘s release just a little over two months away, the time for Treyarch to wrap up their post launch support for last year’s Black Ops 3 is almost here- which means the release of the fourth and final DLC pack for the game. So far, it has mostly remained a mystery to just about everybody, but it seems as though, yet again, PlayStation may have prematurely leaked an as of yet unannounced DLC pack.

Charlie Intel reports that a reader of theirs found an ad for Call of Duty: Black Ops 3: Salvation on the PlayStation Store, indicating that that may be what the next DLC pack is called. Of course, nothing else could be gleaned from this, but you can find a screenshot of the ad below for yourself, should you want to verify it for yourself

The final DLC pack is going to be playable at the Call of Duty XP event, and is set to launch on PS4 shortly afterwards, with a release for Xbox One and PC following a month later. 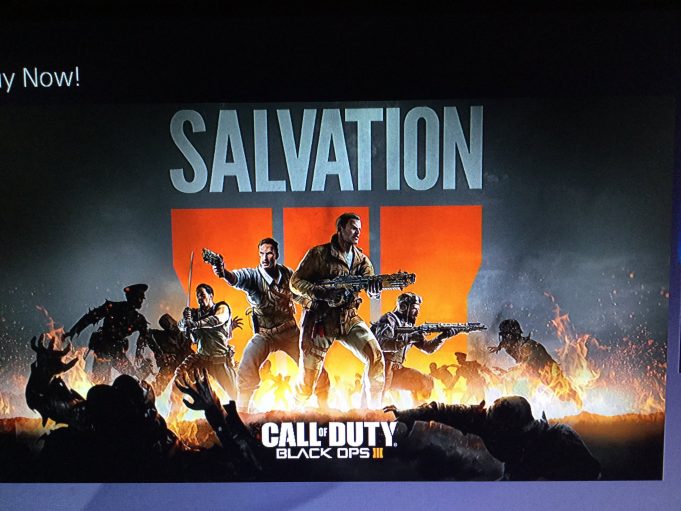