Battle through 30 rounds of Zombies, each with their own modifiers, for different rewards. 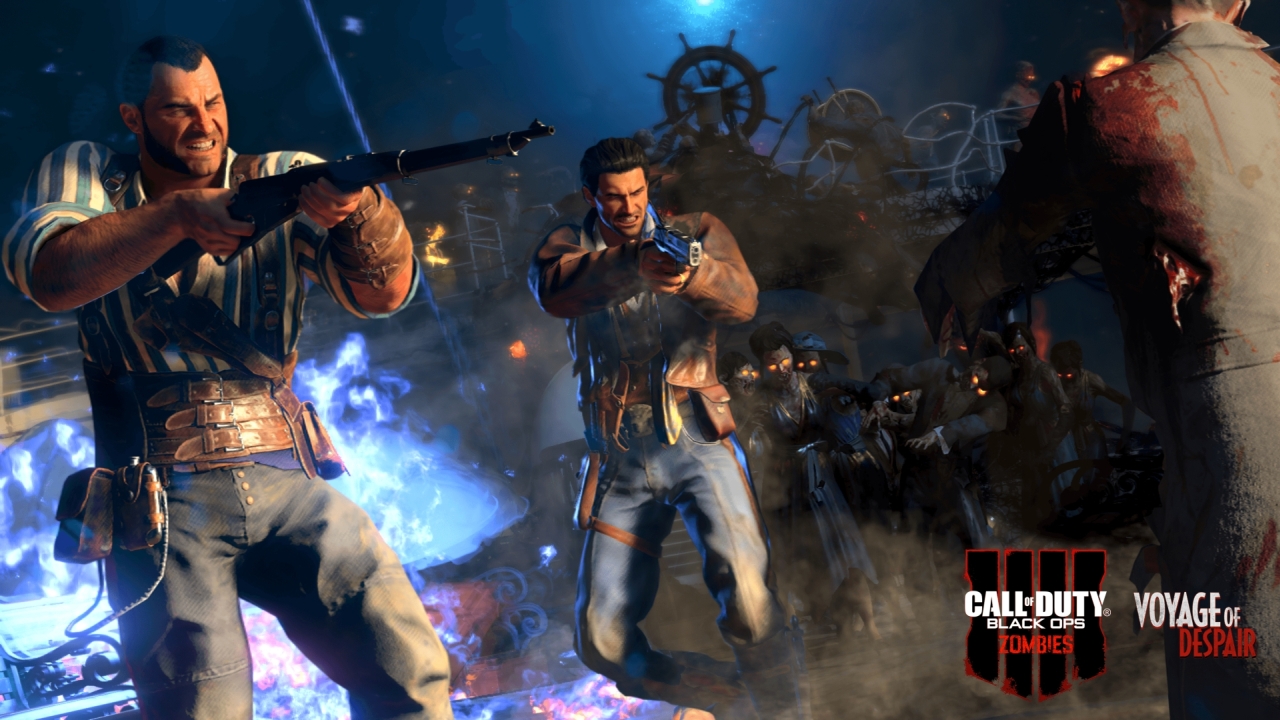 Blackout and Multiplayer in Call of Duty: Black Ops 4 have been getting a pretty strong amount of attention from Treyarch. But what about Zombies? Fortunately, a new update is live first for PS4 that brings new content and celebrates 115 days of the game. Double XP, double weapon XP, and double Nebulium Plasma are currently live in Zombies for PS4 until January 18th, 10 AM PST.

Ever wanted to fight through 30 rounds of Zombies, with each round having unique rules? That’s Gauntlets in a nutshell. The first is “Unsinkable”, in the Voyage of Despair map. Players must survive until rounds 10, 20, and 30 to earn medals and unique rewards (with a special reward for your Emblem if you finish all rounds without failing).

Each round has different modifiers, from health draining to time limits and weapon restrictions. Fail a round and that’s a strike. Fail three rounds and it’s game over. Check out some of the patch notes below. Gauntlets will go live for Xbox One and PC next week.

The following updates are going live today on PS4, Xbox One, and PC:

The following updates are going live today first on PS4: