Activision has provided new information on the PC version of Call of Duty: Black Ops Cold War. Along with a new trailer that showcases the gameplay from the same, the publisher also outlined the various customization options that one can expect. System requirements across a wide range of configurations have also been revealed.

Check out the different specifications below. It’s worth noting the installation size which is – at launch, mind you – 50 GB for multiplayer alone and a whopping 175 GB for all game modes. Granted, it seems possible to uninstall the campaign once you’re done with it so that’s a nice bonus. Just remember that the 50 GB required for multiplayer will balloon with subsequent updates.

Call of Duty: Black Ops Cold War is out on November 13th for Xbox Series X/S, Xbox One, PS4, PS5 and PC. 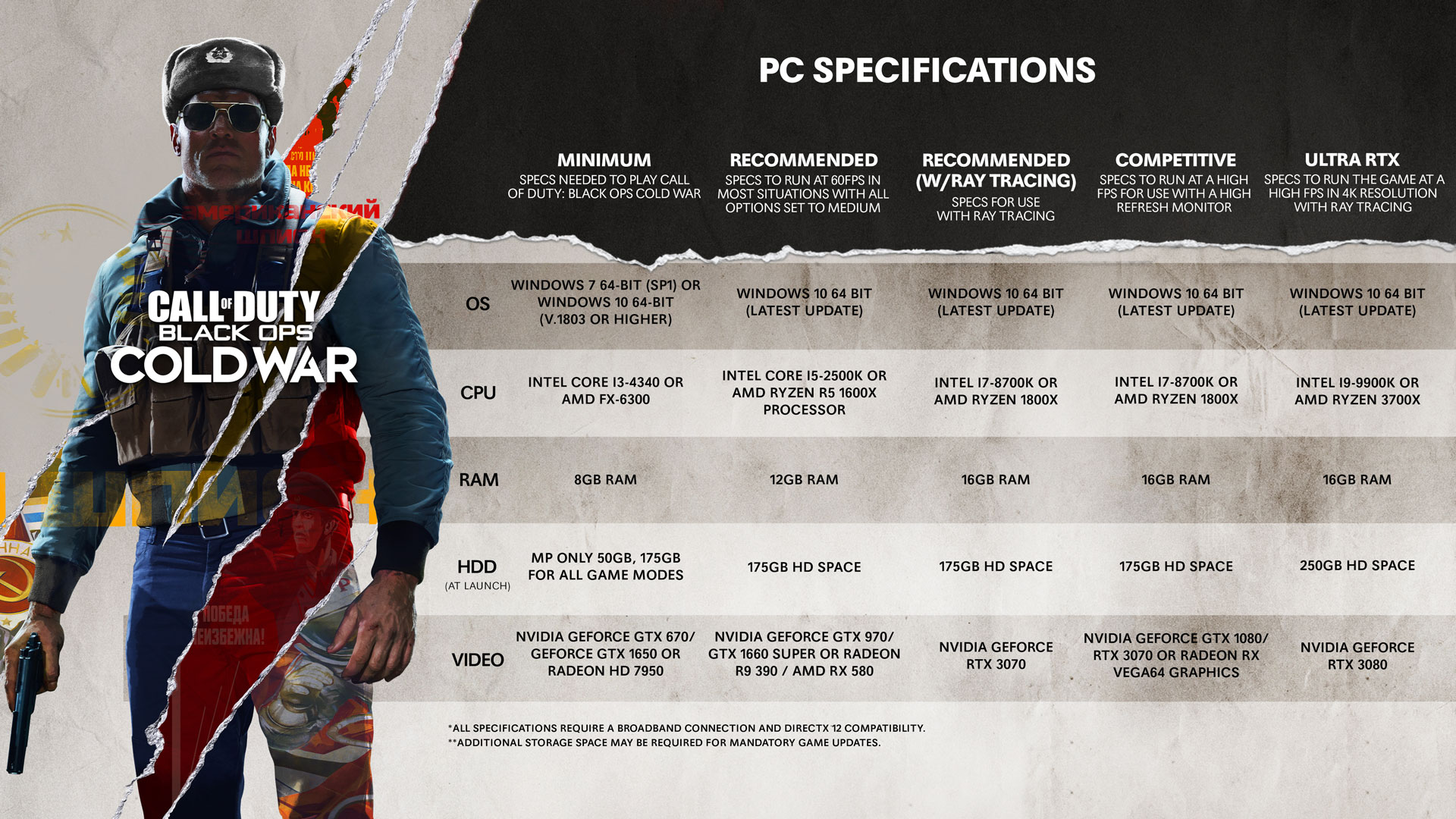