Call of Duty: Ghosts Listed for Wii U By Spanish Retailer

Rumours about Call of Duty: Ghosts have been circulating for weeks, even months now, and retailers have been putting up listings for Xbox 360 and PS3 for days now. There are rumblings that Ghosts will be announced on May 1st, but for now, that’s unconfirmed.

One thing that we do know is that the game may be coming to the Wii U – and won’t be missing the usual Fall release date that the Call of Duty series is known for. Spanish retailer XtraLife has the game listed for the Wii U and also has some boxart up as well. 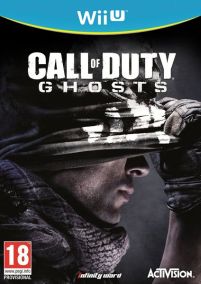 XtraLife lists the game has releasing on November 11th for the Wii U. Again, this could all be taken with massive grains of salt, but we’re in severe danger of losing the Pacific Ocean at this rate.

Another online retailer Tesco lists the Ghosts as featuring Call of Duty’s next generation engine along with a new cast of characters and story.