We sought to speak to director Dan Walters, who talked about Calvino Noir’s development, the inspiration behind its mechanics and aesthetic and much more. What are his thoughts as well on criticism it’s faced thus far? Find out below. 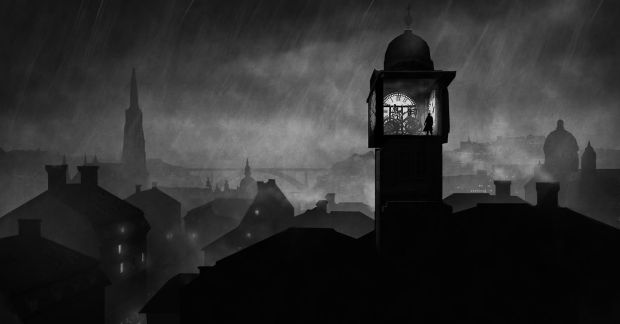 "The game really is all about light and shadow. In terms of theme, it’s a bit dark. It’s OK in this world to choke guards out."

Tell us a bit about yourselves and how development began on Calvino Noir.

Dan Walters: We are a group of game makers, writers, artists, architects, and even an astrophysicist. It all started with a love of architectural drawings, particularly de Wailly’s drawing of the Comedie Francaise, and a love of noir. We wanted to do something never done before in games, so we put these together.

There have been a plethora of stealth games released in the past several years but Calvino Noir takes a different approach for the same. What inspired its setting and story?

Dan Walters: We wanted to create something that recreated the romance and theatre of noir. That feeling you get watching a classic.

The “noir” style comes in handy for accentuating shadows. How else did the art style benefit the stealth aspects of the game?

Dan Walters: The game really is all about light and shadow. In terms of theme, it’s a bit dark. It’s OK in this world to choke guards out. The buildings are also realistically designed, which is really unusual for a side scrolling game.

Could you tell us a bit about each character and their differing special abilities? Also, how did you go about designing each specific character?

Dan Walters: Wilt is my favorite character – his special ability is that he can choke out guards. He is the main protagonist, has a dark history, and the ruthless world he lives in has taken it’s toll. 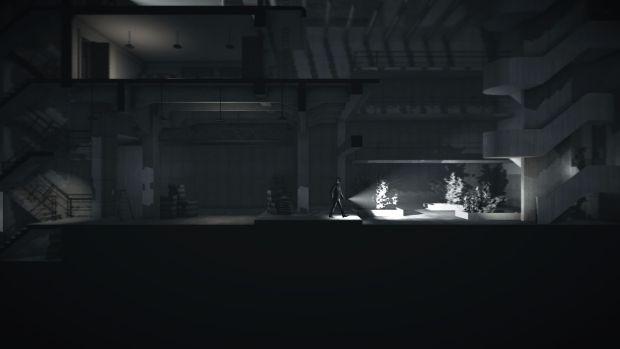 "PlayStation was great fun to work on, and a huge privilege to release the game for – few game developers get to put their games on PlayStation."

There aren’t usually a lot of games that allow for several characters during a single mission but Calvino Noir allows players to switch with up to 3 different people. What prompted this decision and how does it dramatically change the flow of missions?

Dan Walters: The multiple characters allow the player to coordinate their characters, pick the right character to play the way they want to. The levels are very sandboxed – there is always more than one way of solving a given situation, and that choice is the players.

Calvino Noir is currently available on PC as well as PS4 and iOS. Are there any plans to bring it to other platforms like Xbox One and Android down the line?

Dan Walters: We are not working on any ports at the moment, but we are not ruling anything out either!

What was your experience of developing on the PS4 and how did it differ from PC? Did you feel any restrictions or hurdles from the technology?

Dan Walters: PlayStation was great fun to work on, and a huge privilege to release the game for – few game developers get to put their games on PlayStation. The team at Sony are also incredible, a lot of very smart people. If you compare this to a more open platform like PC where there is no support, it is actually pretty awesome.

Dan Walters: Importantly, the game is not a platformer. We took the approach of leashing the player to the controls – this means the controller stick guides the player to their destination rather than moves them directly, but then the players movement speed is directly linked to the controls. We did this because traditional controls don’t translate well to the more realistic building designs we developed – going up stairs or straight ahead was confusing with traditional controls.

"We really loved making the game and want to carry on making games for the same audience, but we are thinking about creating something new at the moment."

What are your thoughts on criticism the game has received thus far?

Dan Walters: We have patched the game at least twice on each platform in direct response to what players have told us. It is great to have people engaged and telling us how they think the game can be better, it is really exciting to be adding improvements and seeing the game get better too.

Are there plans to continue Calvino Noir as a franchise in the future or do you have any other projects in development?

Dan Walters: No plans for a franchise yet. We really loved making the game and want to carry on making games for the same audience, but we are thinking about creating something new at the moment.

Both the consoles feature 8GB memory which by today’s PC gaming standards is bit below. More and modern PC game require a recommended 16GB memory. Do you think by the end of this console cycle, PS4 and Xbox One will run out of memory?

Dan Walters: No. From a graphics programmer stand point, something important to remember is that you can’t read 16GB of memory per frame – no memory is fast enough. It is unlikely you will get close to using all of that 8GB in a single frame, so this is actually more than enough. If a PC game needs 16GB, I would suggest they are wasteful and have a lot of stuff in memory that could just be streamed, and is rarely being used.