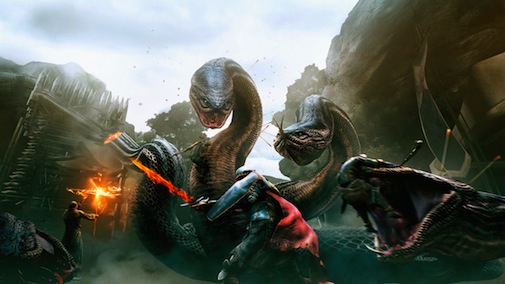 In an interview with 4Gamer, director Hideaki Itsuno discussed more content that developer Capcom has in store for the game.

I’m sure many have already cleared the game, but for Dragon’s Dogma, we’re continuing to prepare new play elements. It would be best if you held on to the game for a bit.

So no trip to the local Gamestop for you.

On another note, Itsuno also discussed about the better than expected domestic sales of the title. Given that it’s a relatively new IP, that’s no small thing.

Nonetheless, in true Capcom fashion, he’s made clear his desire to work on “the next title”, that is, if fans support him enough. Asking too much? We’ll find out in good time.

No news yet on when we can expect the new content for Dragon’s Dogma (or in what form). However, the idea of “new play elements” holds enough appeal to wait and watch.