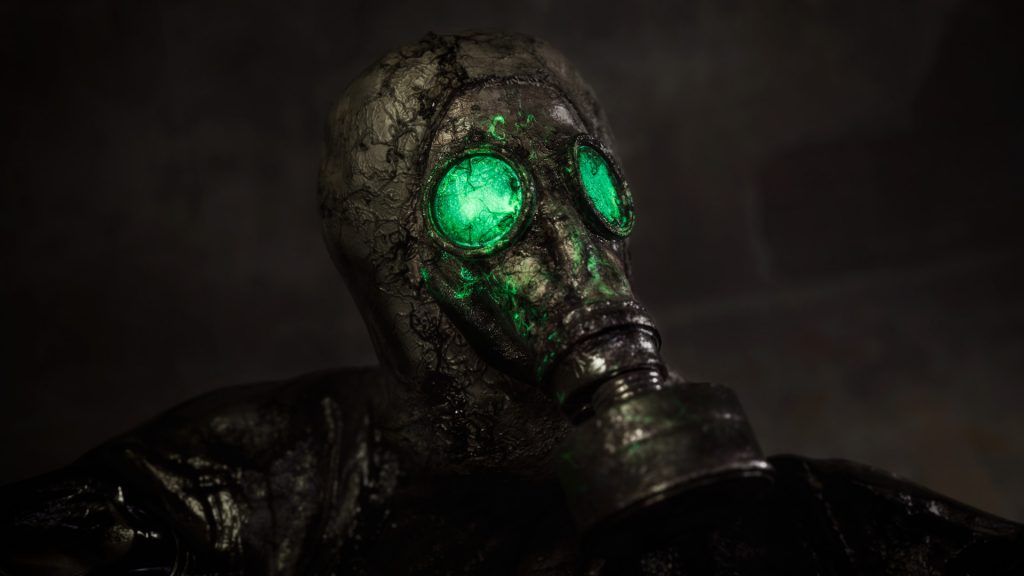 The Farm 51’s Chernobylite is finally out of Steam Early Access and available for all PC players. The developer outlined the various ways that the game has changed during development with 15 new story missions, 11 new characters (including a new companion, Olga) and random events for all locations. Overall, it’s been expanded three times and will take 25 hours on average to complete.

Other content added over development includes 10 new maps, four new monsters and variants of the NAR soldiers, five new weapons and various improvements to performance. Overall, there are 7,000 lines of dialogue with 14,000 bugs fixed. But what’s new with the full release? Support for AMD’s FidelityFX Super Resolution 1.0 has been added while the final Heist is three times longer and offers numerous different methods for completion.

The ending is also available with an outro that changes based on one’s decisions; a new Railgun has also been added with 14 different upgrades; and there’s a Photo Mode for capturing the irradiated landscape in all of its glory. Chernobylite will also be coming to PS4 and Xbox One on September 7th with Xbox Series X/S and PS5 versions arriving later. Check out our official review in the meantime. 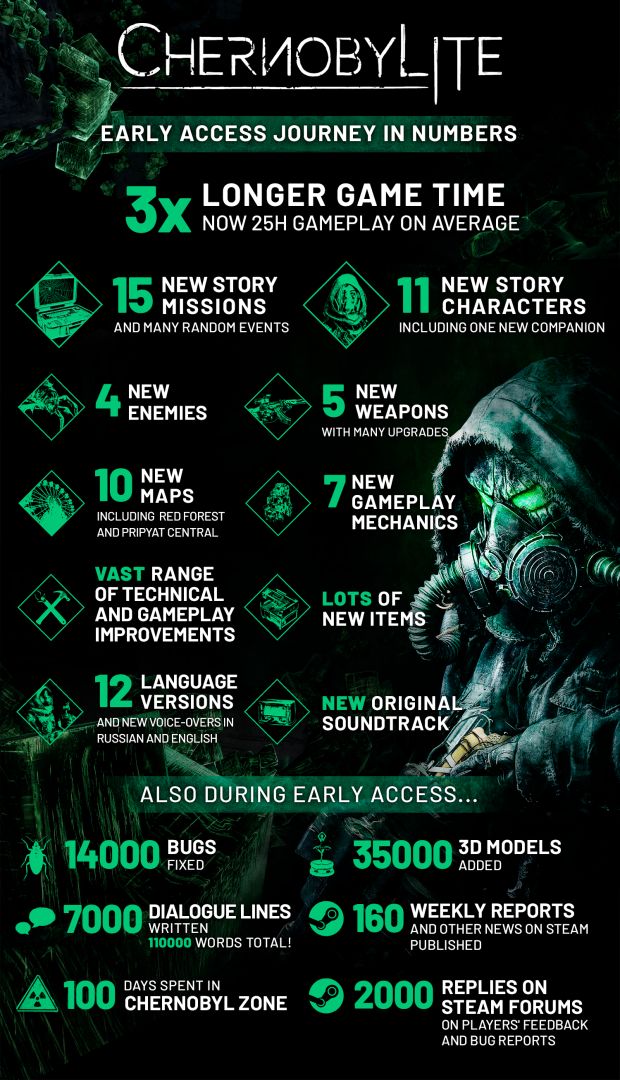