Chocobo GP Will Have At Least 20 Playable Characters

Though game director Akihiko Maeda hasn't specified whether these will all be in the game at launch, or if some will arrive via DLC. 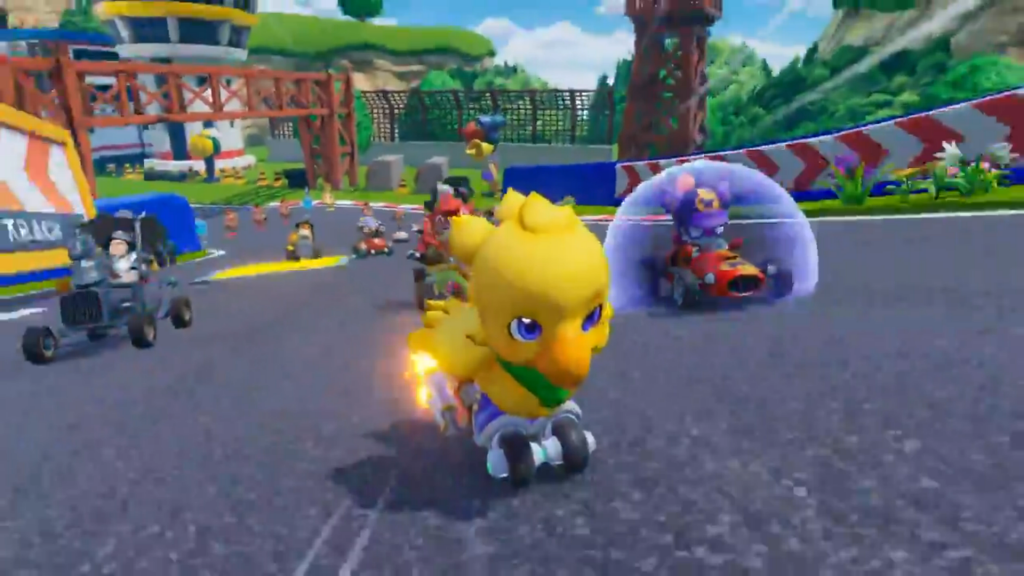 Chocobo GP may not have been the most high profile new game to be announced at the recent Nintendo Direct, but it sure caught the eye of many people. A proper, full-fledged new kart racer feature Final Fantasy characters sounds like a solid idea on paper, so it makes sense that people are intrigued by it.

But of course, the question on many’s mind is- which characters will we feature? We saw glimpses of a few recognizable faces in the game’s launch trailer, and according to game director Akihiko Maeda in a recent TGS panel (via Siliconera), the roster’s quite healthy. Maeda explained that in total, the game will have at least 20 different playable characters from across the series.

Interestingly enough, even upon being asked the question, Maeda did not clarify whether all of these would be available at launch or if some would be added following release as DLC. Speaking of which, when asked specifically about DLC, he remained cagey and did not provide an answer.

Chocobo GP is due out exclusively for the Switch some time in 2022.