While virtual reality as a medium for gaming has always sounded compelling, the question had bugged us for months – how exactly do you make a compelling game for VR? Gunfire Games seems to have answered that question with Chronos, an action RPG inspired by the Souls series which sees you exploring a mysterious labyrinth. The twist is that each death ages your character by a year and further aging can grant you new abilities. It’s made all the better when presented in VR.

GamingBolt had a chance to speak to design director John Pearl about Chronos, its inspiration and art style, and the impact of VR on the gameplay. If you’ve ever wanted to learn more about it, this is the place. 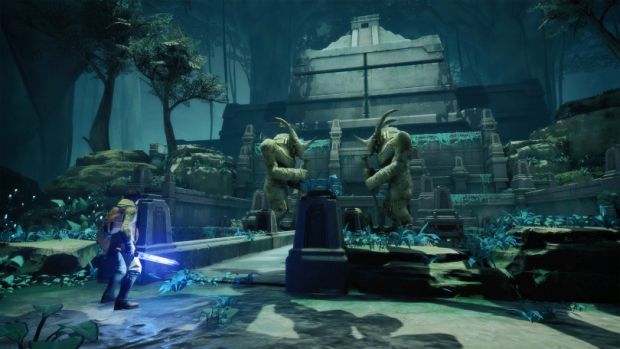 "I would say the Souls games were a bigger influence than rogue-lites were.  Chronos has a focus on exploring and learning about the world and enemies, and then taking that knowledge and using it to progress further."

How did the concept for Chronos come about? Did the rogue-lite genre influence it in any way?

John Pearl: We were finishing Herobound: Spirit Champion for Oculus for the GearVR and we pitched them on the idea of Chronos.  We knew very early on we wanted to create an RPG for the Oculus Rift. It’s the type of game that’s in our wheel house and a genre we’re very passionate about. VR presented a unique opportunity to experience a fantasy world in a way that just isn’t possible in other mediums.

I would say the Souls games were a bigger influence than rogue-lites were.  Chronos has a focus on exploring and learning about the world and enemies, and then taking that knowledge and using it to progress further. The combat is fair, but challenging and a run could turn bad really fast if you get sloppy.

What can you tell us about the story of the game? How is the demise of the evil dragon connected to this ancient labyrinth and does the word “Chronos” relate to something more than just the time in the labyrinth?

John Pearl: The player character is part of a small remnant of mankind that has survived the apocalypse on Earth. The character is chosen by their elders and sent off to find and kill this dragon that brought about the destruction of the Earth.  Central to this journey is the labyrinth. The player will discover it holds the key that ties together multiple realms that they must travel to in their quest to kill the dragon.  Chronos was chosen as the name because the story really is about the passage of time. The years of the character’s life that is spent on this one singular quest to save their homeland.

What influenced the game’s art style and general aesthetic?

John Pearl: Coming from Darksiders, it’s probably obvious that we prefer to work in a more stylized art style than photo realistic. Stylized visuals really play to the artistic strengths of our team. While Darksiders is focused on detail upon detail, we went for a much more restrained, less busy look in Chronos. While the art style of Chronos has a lot of color, it’s a more subdued palette. We did this so that when there is a particularly vibrant color it’s on an object of importance to really draw attention to it.

How did you go about designing combat in Chronos, especially from a VR perspective?

John Pearl: The combat was definitely influenced by the fact Chronos is a VR title.  We wanted to have as little UI as possible as it really stifles the level immersion you feel with the headset on. To get around the lack of a HUD, we focused on making the player pay attention to the combat “tells” of the enemies, and if they do pay attention, they are rewarded for it. So a lot of the visual cues that would normally be in a UI element are in the combat itself.  If the player successfully dodges or parries an incoming attack, their sword briefly ignites allowing them to get in a retaliation attack. If their arcane ability is available, the gem on their hand lights up. If they are low on health, their animation shows that. While all this is a great gameplay tell, it’s also visually immersive to see. 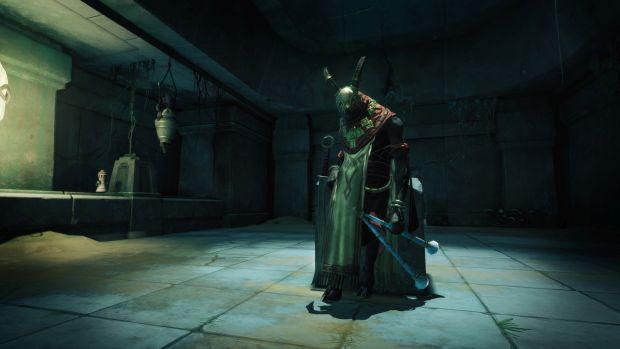 "Deciding how the character’s age changed the player experience was a challenge early on.  Making the character slower and less responsive, while maybe a little more “realistic”, would not be a fun experience."

What kind of puzzles and areas can be expected in the labyrinth? Is it a cut-and-dry dungeon of sorts or will there be a few surprises?

John Pearl: We wanted the puzzle elements to be observational based. We want the player to look around, and really take in the environmental cues to figure out the puzzles and how things work in this world. In regards to the labyrinth itself, we don’t want to give too much away. That’s the fun of a labyrinth, the discovery as you make your way through it.  What I can say is that we wanted to provide some real visual variety in the areas that you will visit.  The player should never feel visual fatigue as the areas are quite unique and very different from each other.

Will Chronos feature boss battles? How did you go about designing them within the context of VR?

John Pearl: Anyone who has played either of the Darksiders games knows we love memorable boss fights so we definitely wanted to include them in Chronos.  One of the really cool things about VR is that you can establish a sense of scale and perspective that just isn’t possible in a traditional game. We really played with the scale and made bosses larger than life.

How does the character aging affect players overall? Does it result in hindered movement or turning or something else?

John Pearl: Deciding how the character’s age changed the player experience was a challenge early on.  Making the character slower and less responsive, while maybe a little more “realistic”, would not be a fun experience.  It would’ve also meant all the timings and rhythm of combat the player learned throughout the game would change. We also didn’t want to force the player down a particular skill path.

One of the key discussion points for us early on was a player could potentially take their character from being Aragorn to Gandalf over the span of their life.  We really liked this idea, meaning the combat skills come easily to the character early on and slowly with age, they are able to learn to use more magic.  Besides the visual changes to the player as they aged, this translated in game through skill points awarded for leveling up.  The different attributes have different costs at different ages.  This means purchasing strength at 18 only cost the player 1 skill point, while arcane (our magic) cost them 3 points.  These costs slowly change over the course of the character’s life where Arcane becomes cheaper and strength becomes more expensive.

Is it possible for players to try and attempt the labyrinth at the maximum possible age? Does the dungeon change in different ways over the years to stimulate replayability in that regard?

John Pearl: It’s a lifelong journey for the character, so they can take on the labyrinth their entire life. This means at they can finish the labyrinth at their maximum age.  The dungeons themselves do not change, it’s more about how the character changes and how they approach the challenges they encounter. Every time the player dies, they are kicked out of the labyrinth and they return a year later and all the enemies have returned. 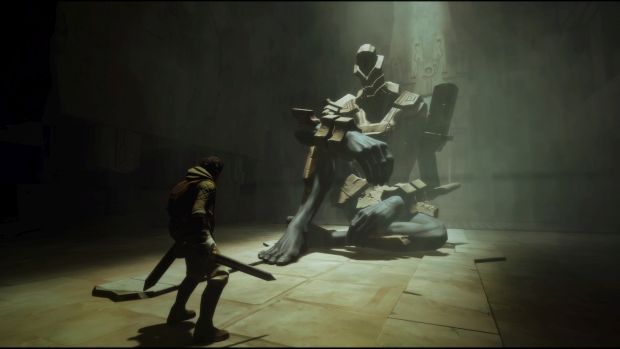 "We didn’t want to neglect a person who was more interested in checking out the cool world and the puzzles, so we created an easier difficulty that doesn’t require a high level of skill in combat."

Many VR games we’ve seen thus far have been mostly exploration-based but Chronos seems to appeal to a higher degree of skill. Is there a greater focus on the hardcore player with its overall gameplay?

John Pearl: We were most focused on a making a full-fledged game in VR and not a tech demo. While Chronos could be seen as a challenging game, we didn’t want to intentionally exclude any of the player base. As we were making the game, we felt really good about where the default difficulty was at.  We feel the default level is great for someone who wants to learn the combat and master the game’s progression as we intended.

However, we didn’t want to neglect a person who was more interested in checking out the cool world and the puzzles, so we created an easier difficulty that doesn’t require a high level of skill in combat. Conversely, people looking for a real challenge should play hardcore mode as it can offer a pretty stiff challenge. I think the different difficulties offer something for people of all skill levels.

What are your thoughts on Oculus Rift and HTC Vive’s pricing? They don’t seem to be targeted towards the general gaming audience with that kind of pricing.

John Pearl: They are definitely on the high end, however it’s to be expected for any new technology.  We’re definitely in the early adopter era. As with any technology, it will get better and the price will come down and become more accessible.

What are your thoughts on PlayStation VR? Do you think it will be able to provide a definite VR experience compared to the more expensive headset solutions such as Oculus and Vive?

John Pearl: We haven’t had any access to the PlayStation VR, however it seems interesting. I will be curious to see if the PlayStation 4k/Neo is required for the “True” VR experience on that platform. In terms of development, it’s exciting that games only have to run at 60hz and are upscaled to 120hz.  From a development perspective, it’s easier to hit 60 on a game than it is to hit 90.

Thanks a ton for your time. Is there anything else you want to tell us before we let you go?

John Pearl: While we just shipped Chronos, we’re set to have some more exciting announcements about future projects in the near future.