Cliffy B: “The Scarier the Game, The Less Empowered Players Feel”

While many gamers feel that Visceral Games’ change in direction for Dead Space from survival horror to a more action-oriented approach is, to put it eloquently, “stupid”, some people feel that it is wholly justified. People like former Epic Games designer Cliff Bleszinski. In a blog post, Cliffy B wrote that, “Generally speaking, the scarier a game is the less empowered a player feels. Controls are often clunky on purpose, and the pacing is quite different from an action movie. It feels as if Visceral consciously gravitated the franchise more towards the ‘action’ elements over the ‘suspense/horror’ ones, and I’m quite okay with that. 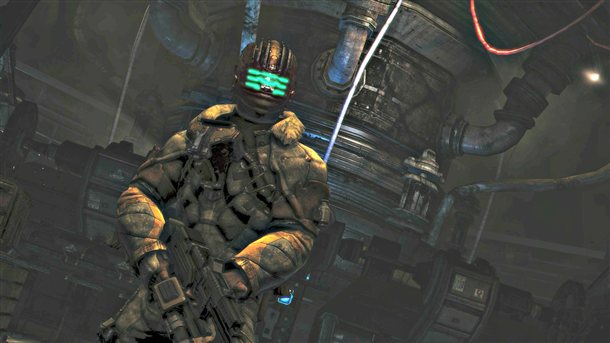 “We look at the target audience for your average console game and it’s often a cocky young male who doesn’t want to be scared, unfortunately, he’s the guy who wants to get in and ‘f*** shit up.'”

He outlines that doing horror is hard, especially a solo experience, but “now it’s evolving into much more than that. You can either fight it or embrace it.”

Also, in reference to Dead Space 3 specifically, Bleszinski writes, “In the $60 disc based market horror doesn’t fly – it’s the ultimate ‘Campaign Rental’ that’s played for 2 days and traded in and I’m sure EA knows this. When we’re fully digital we’ll see more true horror games coming back (Look at Amnesia and Slenderman on PC.)”