Close to the Sun, Storm in a Teacup’s first person title with dollops of atmospheric and actual horror, wants to say something. At least, that’s the impression first get when the magnanimous gates of the massive sea vessel Helios open up before you. You’re there as Rose Archer, a journalist invited by her scientist sister Ada who happens to be working there. Helios in Ancient Greece is the personification of the sun but here, it’s a place where inventor Nikola Tesla – yes, that Nikola Tesla – is conducting all manner of revolutionary experiments. Something something flying too close to the sun. The analogies write themselves. 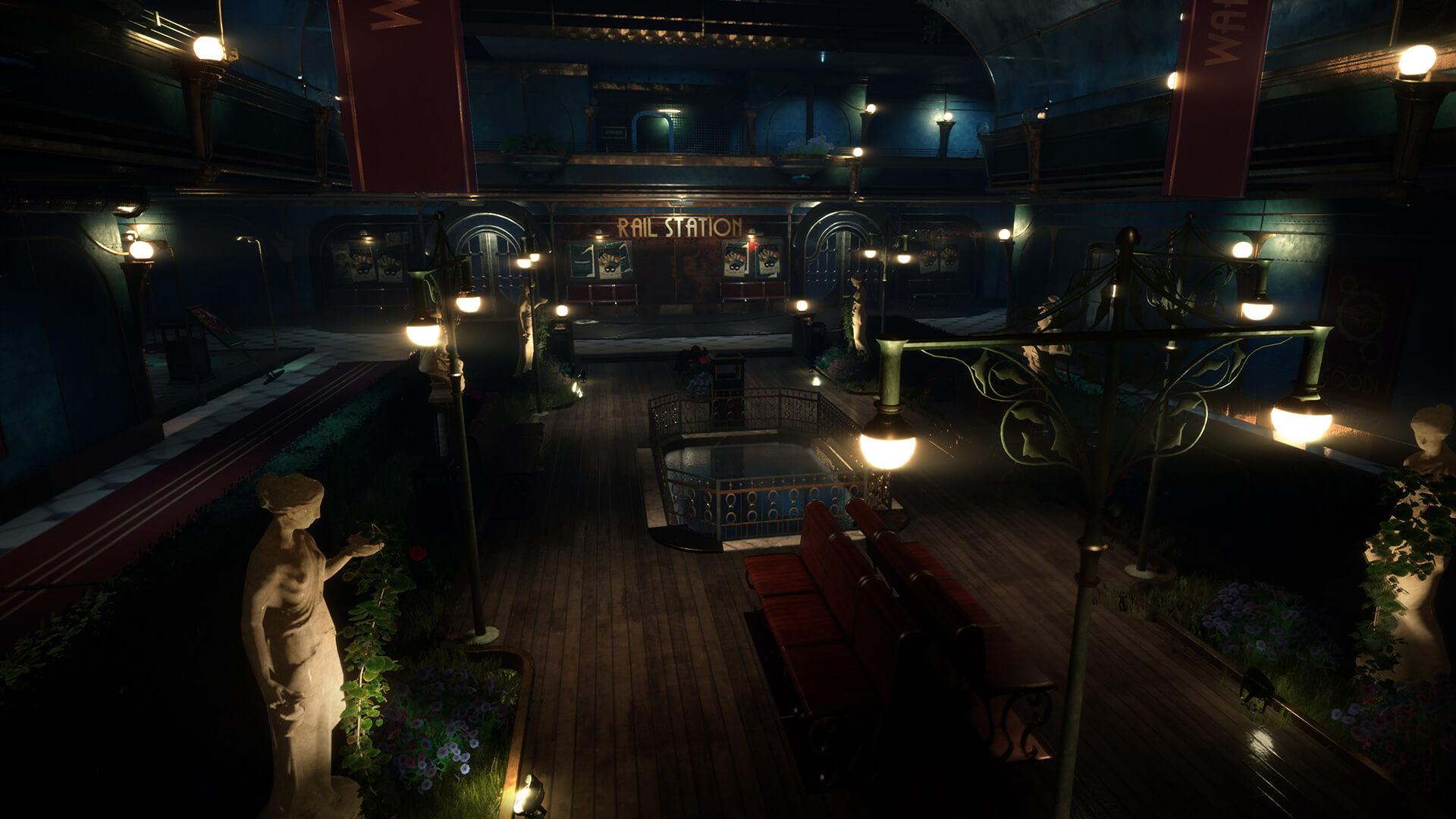 "The gameplay is pretty straightforward, amounting to little more than pressing a few buttons, picking up scraps and figuring out where to go next."

On board the Helios, Rose is greeted with devastation. “Quarantine” is written on various walls in blood. Though her sister wrote the letter inviting her on-board, she claims to have done no such thing. Over time, it becomes clear that time travel, fueled by the science team’s desire to exploit the “One Electron” theory and harvest energy from alternate dimensions, is involved. Everything goes awry, murderous things make it through and people die. Your job is to meet up with Ada while avoiding the machinations of the mysterious Tesla and the murderous psychos on-board the Helios.

At its core, Close to the Sun is an adventure game with an aesthetic that embodies the beautifully ruined architecture of BioShock’s Rapture. Gorgeous statues are awash with warnings about the circle needing to be broken. Documents, passports, pictures and notes are strewn about the environment, inviting you to learn more about the poor souls on-board. There are corpses everywhere when the various rooms and hallways aren’t eerily deserted (save for the hazy after-images of those on-board). Several characters start out as voices in your receiver, offering instructions, cryptic warnings and insane ramblings aplenty.

Don’t get me wrong though – these aren’t the same games by any means. Instead of a first person shooter with RPG elements and complex systems controlling the inhabitants, Close to the Sun is more about exploration and puzzle solving. It’s about delving into this ruined mess of a ship and deciphering its puzzles while keeping all arms and legs mostly inside the ride at all times. The gameplay is pretty straightforward, amounting to little more than pressing a few buttons, picking up scraps and figuring out where to go next. 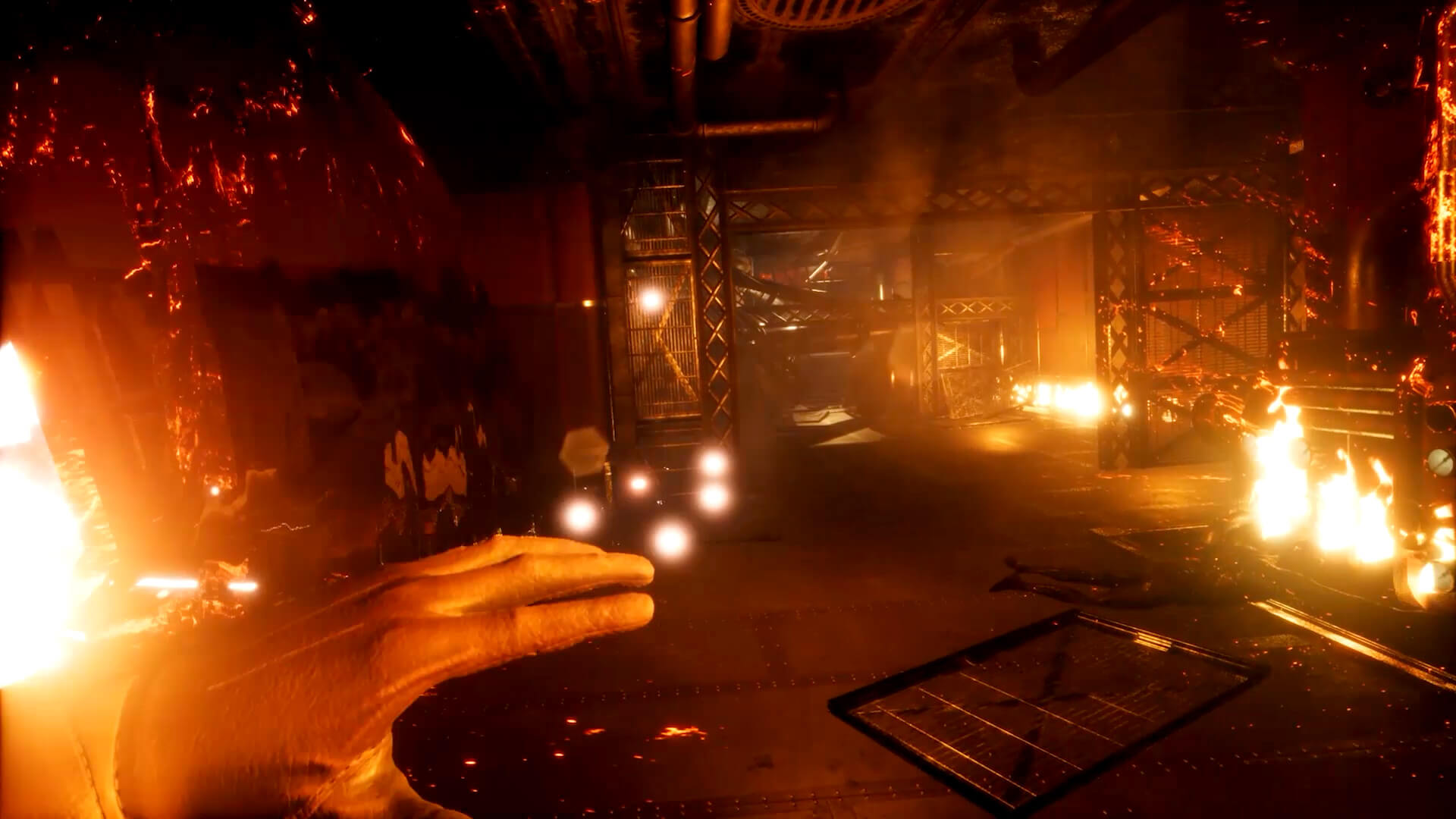 "Close to the Sun just feels like it’s scratching at the surface of its premise."

Here’s the thing – I enjoy creeping around the Helios, taking in the atmosphere, the minimal sounds and ruined sights of disaster. The lighting and texture work is spot on, showcasing the spic and span of ornate statues as well as the bloody remains of various individuals. Picking up various newspapers and notes to learn about potential spies sent by Edison conveyed the level of paranoia and tension that was no doubt apparent at the time. For all my not wanting to believe that Tesla could be so vain and narcissistic, I still found his own personal museum to be a treat. Tesla made a Death Ray and called it as such because it works as a preventive measure that no nation would want to go up against.

So clearly there are some nut-jobs aboard this floating disaster. Aubrey is perhaps the best example – he works in maintenance and requires Ada’s help to escape. He’s your main door opening guy and plays a key role in many of the set pieces, like when you’re escaping the crazed knife-wielding Ludwig to board a rail car. If it all sounds a bit too convenient – Aubrey’s assistance, Rose’s communication, Tesla’s shadiness – it just might be and the air of mystery is very well maintained despite this. The horror tones don’t really delve much deeper than providing gruesome scenes of the macabre. Honestly, there’s not much deeper meaning overall to this story.

I can see how that would appeal to some players, especially those who want a nice atmospheric adventure without being too inundated in philosophy. However, Close to the Sun just feels like it’s scratching at the surface of its premise. Though the gameplay isn’t strictly on-rails, like when searching for codes and figuring out how to progress forward, it’s pretty linear for the most part. Many doors are locked and prevent you from exploring the detailed environments, which basically amounts to them being pretty movie sets. Certain routes are strategically blocked to funnel you into specific paths. 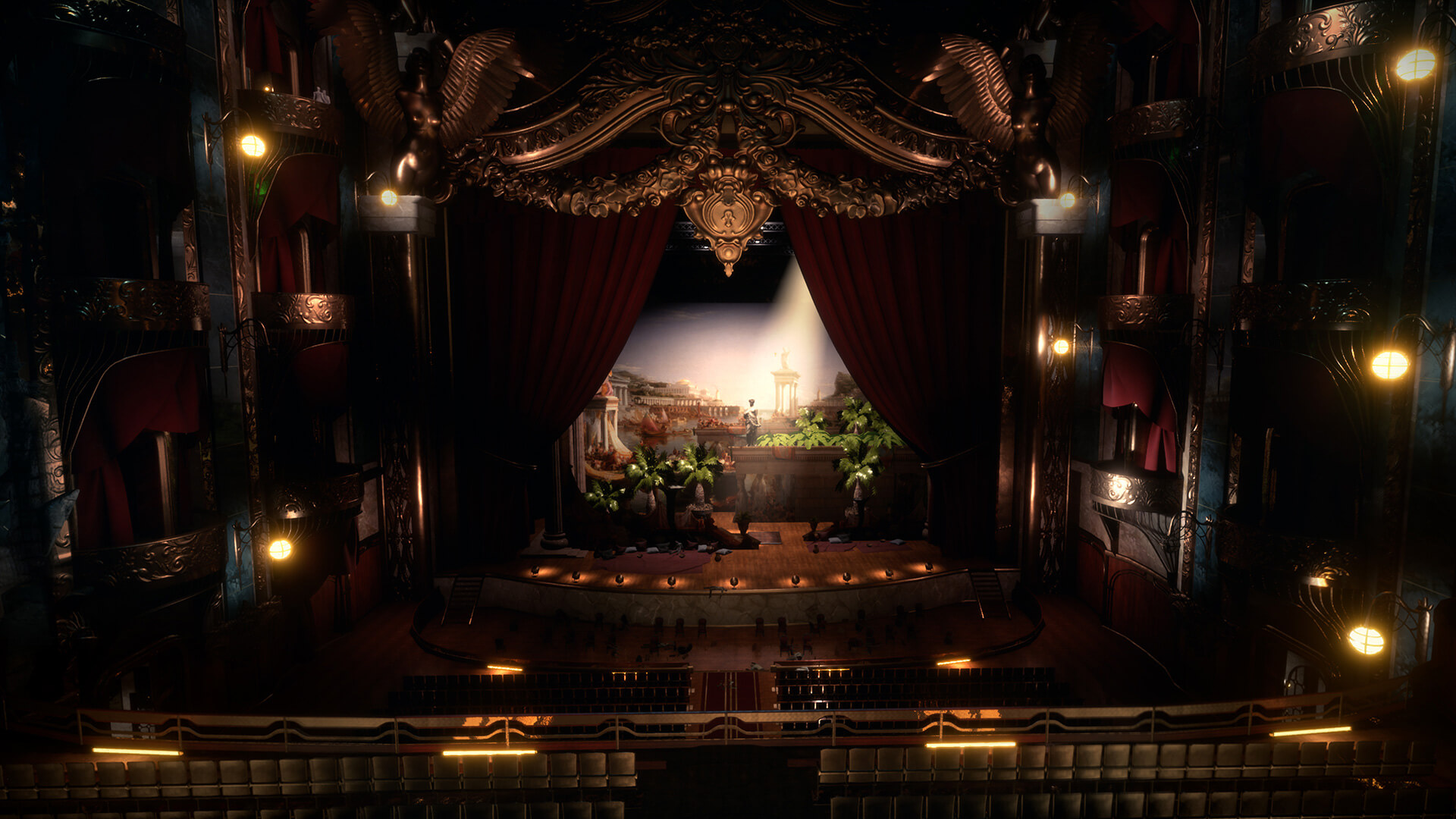 "Close to the Sun a nice retro sci-fi tale to pick up and lose yourself in for a couple of hours before it eventually fades into memory."

While a linear experience without too much freedom can provide for excellent story-telling and characterization, Close to the Sun is just…fine on those counts. The characters themselves, aside from perhaps Aubrey (whose insane antics include using his dead friend’s arm as a backscratcher) and Tesla at times, aren’t especially appealing. I don’t really feel the sisterly dynamic between Ada and Rose all that much, mostly due to the script and voice acting. Again, this isn’t to say that either is terribly enacted but it doesn’t really drive much of the desperation to venture forth like it should. Throw in some rather stiff controls, whether it’s trying to precisely press some buttons or hopping and skipping away from danger, and Close to the Sun really doesn’t stand out on the gameplay front either.

Though it didn’t really enthuse me, the experience wasn’t a huge disappointment either. Close to the Sun a nice retro sci-fi tale to pick up and lose yourself in for a couple of hours before it eventually fades into memory. Fans of BioShock hoping for an equally compelling story here should be advised to watching more gameplay before taking the plunge. For everyone else, there are several other atmospheric, moody, horror and whatever other genre of adventure you could think of worth recommending over Close to the Sun. It doesn’t fly too close to wing-melting degrees of success as it does eye them from a safe distance.

Fairly good aesthetic and presentation with some nicely designed environments. Atmosphere feels effectively creepy and mysterious at the best of times. Story has some interesting characters and decent direction.

Central characters are mostly flat. Puzzle design and exploration feel limited in scope. Gameplay as a whole feels fairly constrained with sometimes-stiff controls. Doesn't do anything especially unique or interesting with its setting.

The mystery unravels at a decent pace in Close to the Sun but limited gameplay, some flat characters and a fairly uncompelling narrative make it passable at best.

A copy of this game was provided by developer/publisher for review purposes. Click here to know more about our Reviews Policy.
Tagged With: close to the sun, Epic Games Store, pc, ps4, storm in a teacup, Xbox One