Take on the eponymous Hellfire Knight and show him who's boss. 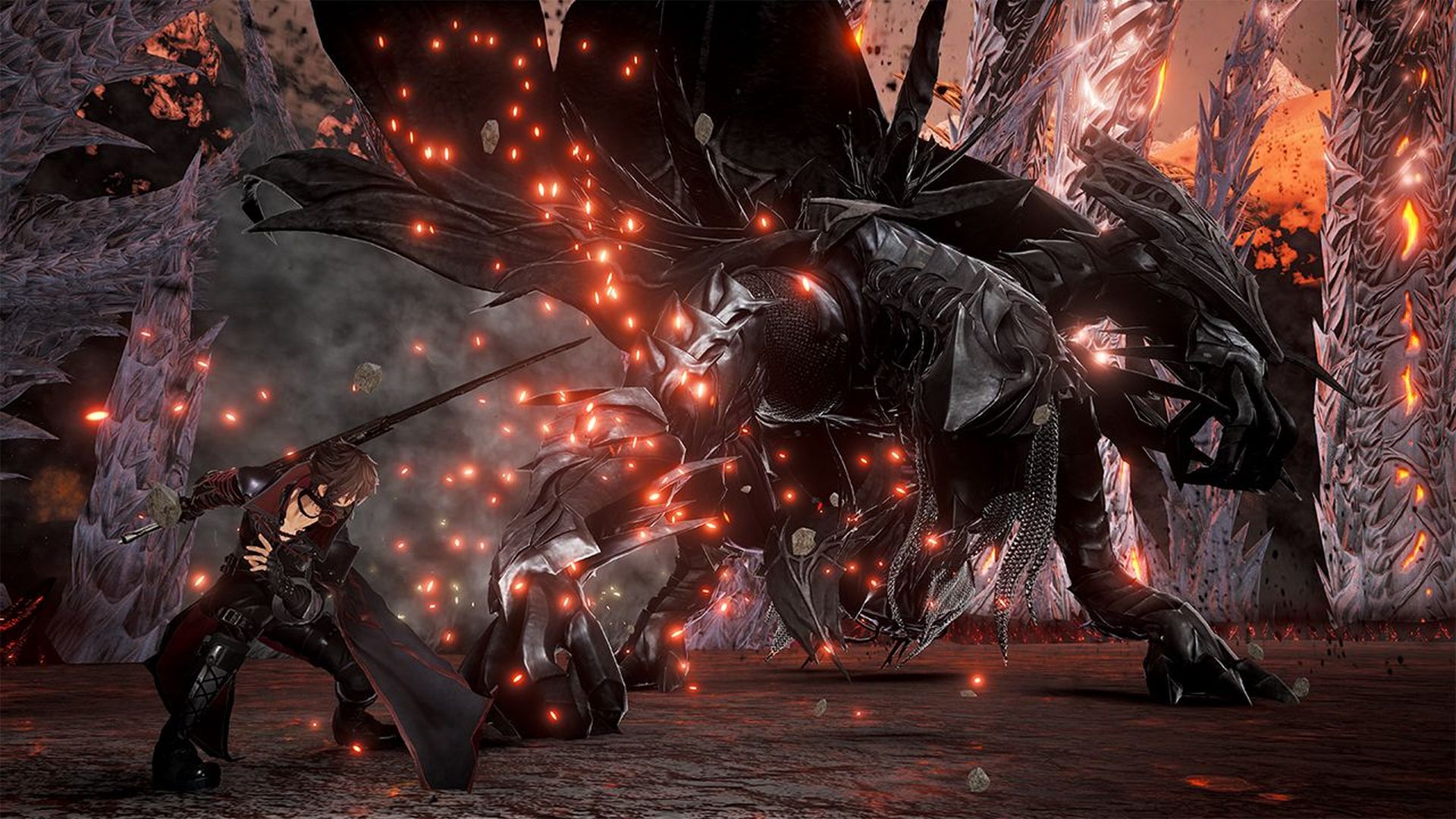 Make sure to study his patterns beforehand. Draw out his initial claw strikes and dodge to get behind him. Proceed to slash 2 to 3 times. He’ll then whip his tail around so prepare to dodge. At times, the Knight will summon fire to erupt from the ground. Make sure to dodge left or right to avoid it.

Once half his health is gone, the Knight will create a huge explosion of flame and dive at you. There will be some new attacks to watch out for, like his drawing two flaming swords for a combo. Dodge to get behind him as usual. He’ll also quickly swipe with one sword in front of him but you can dodge through this as well. The usual attacks will repeat and there are moments where the Knight will stumble. Use this opportunity to wail on him with your special attacks.

Be patient, react accordingly to his moves and you should have him beat. Good job! Now do it without taking any damage (as seen below).