A song of fire and ice. 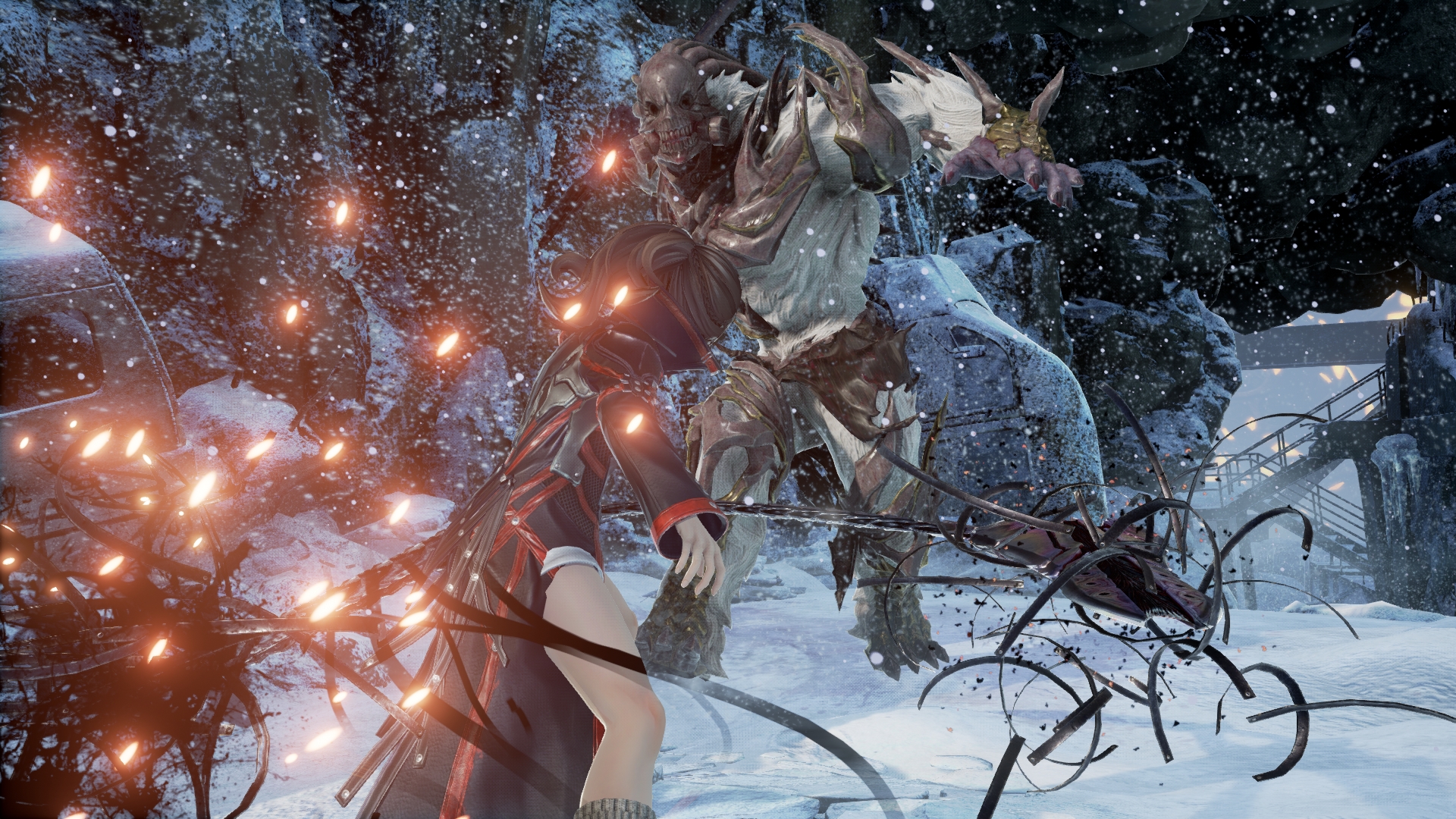 Code Vein is coming at the end of this week, and it’s bringing its anime-infused take on the Souls formula with it. Like a lot of these games, bosses play a big part in things, and during Inside Xbox we got a look at now one, but two, tough looking bosses.

The teaser was very brief, only clocking in about 40 seconds. But really that’s all you need. The two bosses are Canoneer and Blade Bearer. Solo they are pretty formidable, but together they are quite the terror. Canoneer uses fire and is slower, while Blade Bearer is a speed demon who uses spikes of ice as attacks. I imagine these two are going to take players to the limit.

Code Vein releases for PlayStation 4, Xbox One and PC on September 27th. The game also has a demo that’s recently been updated for those curious about what the game is all about.