Gear up for the upcoming threequel by going back to the beginning. 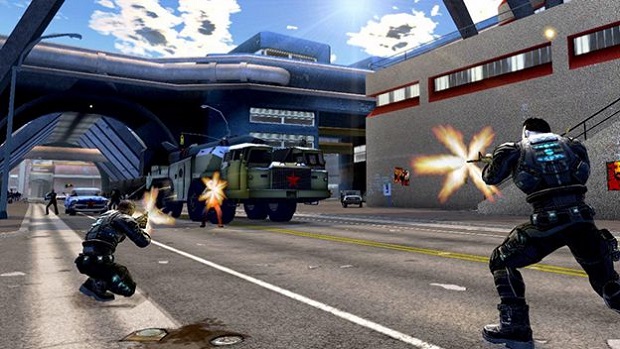 As Crackdown 3’s long, long-awaited launch finally approaches, Microsoft have been doing everything in their power to drum up excitement for the game. To that end, they’ve also done something that fans of the series, especially the first game, will appreciate. The original Crackdown, which launched on the Xbox 360 back in 2007, is now free on the Microsoft Store.

This is a great opportunity to go back to a solid game, or to experience it for the first time, in anticipation of the upcoming sequel’s release. Given the fact that Xbox One X enhancements were also added to the title in February this year, the prospect of playing the game before Crackdown 3 launches becomes even more attractive.

As for Crackdown 3, it’s launch seems to be set in stone now, finally. Scheduled for a February 22, 2019 launch on PC and Xbox One, the game’s going to be playable at Microsoft’s X018 event (taking place tomorrow in Mexico City). Recent rumours have suggested that the game could be getting a new subtitle, so maybe that’s something we will hear about as well. Meanwhile, the PC system requirements for the title were also recently confirmed. Read more on that through here.