The Xbox One conference didn’t have that many games to show and instead was more focused on the console itself, Kinect and the TV integration.

However, while demoing the Xbox One interface, we can see a green orb that is from a well-known Xbox 360 game Crackdown. Does this mean that there is a new Crackdown game in the works for Xbox One? 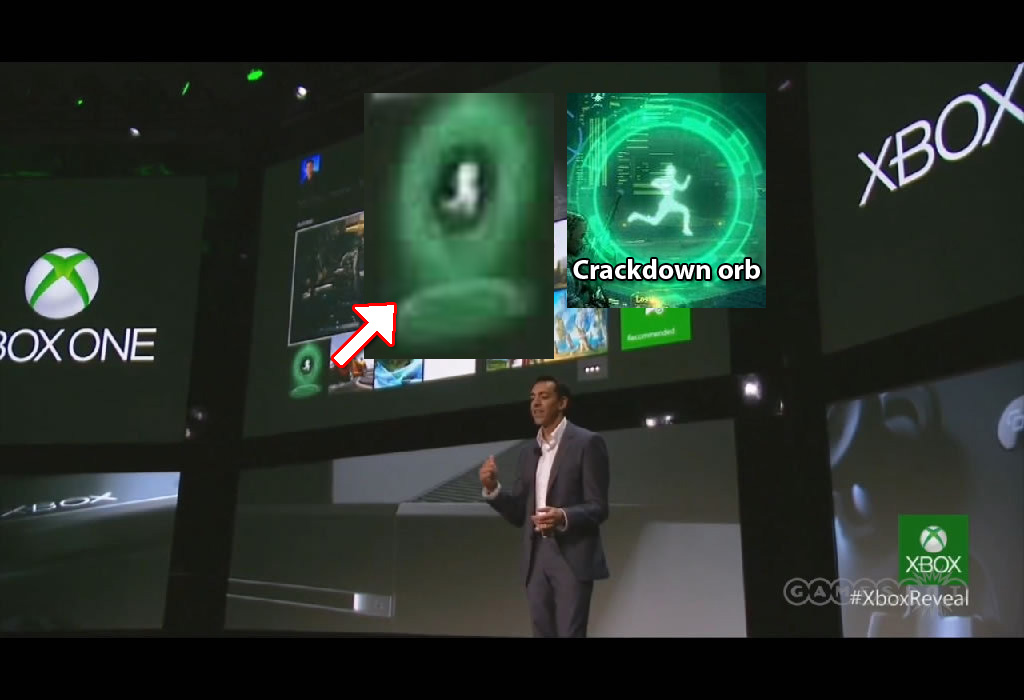 Better question is if it is actually being developed, who’s making it because the original developer no longer exists.

Microsoft desperately needs some convincing exclusives if they wish to compete with Sony on the gaming level. Hopefully a new Crackdown is real and will be revealed at this year’s Microsoft Press Conference at E3.

Let us know what you think of a new Crackdown possibly coming to Xbox One.

Check back on GamingBolt for more news and updates regarding Xbox One.