In a world filled with shooters pushing boundaries, creating vast open worlds, or telling at least passable stories, CrossfireX is stuck way in the past. Attempting to capitalize on the popularity of the Crossfire IP in areas like South Korea, CrossfireX not only doesn’t make almost any case for why it stands out among the crowd, but it’s so aggressively generic that I will almost certainly forget about it within a month or even a week’s time. It feels like a store brand military shooter, and even with a hand from Remedy in the two single-player campaign operations, there are few good things about CrossfireX that countless other games aren’t putting in better, more cohesive, and more substantial packages.

To pull together a supposedly more fully formed experience, developer Smilegate brought in Remedy, fresh off their success with Control and the announcement of Alan Wake II, to cobble together two campaign operations focusing on the opposing sides of the Crossfire lore: Global Risk and Black List, two private military groups that see themselves as noble and each other as terrorists. While you can play them in either order, the game pushes you to play Global Risk’s side of the story, titled “Operation Catalyst,” first, not only by the ordering of them in the menu but also by the amount the Black List campaign, “Operation Spectre,” expects you to know about the story, despite the fact that there’s minimal overlap in the plots.

"CrossfireX not only doesn’t make almost any case for why it stands out among the crowd, but it’s so aggressively generic that I will almost certainly forget about it within a month or even a week’s time."

There’s an inherent potential in stories that show the inner workings of two opposing sides to elicit some sympathy and provide a moral gray area, as we’ve seen in games like The Last of Us Part II. CrossfireX’s campaigns waste this potential in record time. In terms of plots, the two stories have almost no connection aside from some characters, the existence of the two groups, and a very specific weapon called the Catalyst. Beyond this, it’s not like you’re playing two different perspectives of the same story. Instead, you’re playing what you could convince me is fever dream propaganda for whatever side you’re currently fighting on to show how terrible the other side is.

In Operation Catalyst, the Global Risk campaign, Black List uses the Catalyst to perform an action so far beyond belief that it borders on laughable. And in Operation Spectre, the Global Risk villain shows all but no motivation for his villainy aside from explaining how terrible he is at every turn. It also doesn’t help that the protagonists, alongside virtually the entire cast of characters, are fully forgettable and lack any kind of emotional consistency or depth. Especially in Operation Spectre, the motivations of the primary playable character, Luis Torres, turn on a dime and have you struggling to keep up with any of his actions.

The campaigns, then, boil down to cookie-cutter generic military shooters, if the cookies took only the lowest quality and fewest amount of ingredients, with around four total hours across two campaigns. They have gorgeous vistas and densely packed textures, but due to the almost unforgivable brevity of each campaign, there’s almost no semblance of pacing. Every chapter is a quick shootout followed by a cutscene and then another shootout, with a running sequence peppered in. Even the astonishingly contrived dream sequences in Operation Catalyst add almost nothing to the experience because they last just a couple of uninspired minutes before you’re back in another generic cutscene. 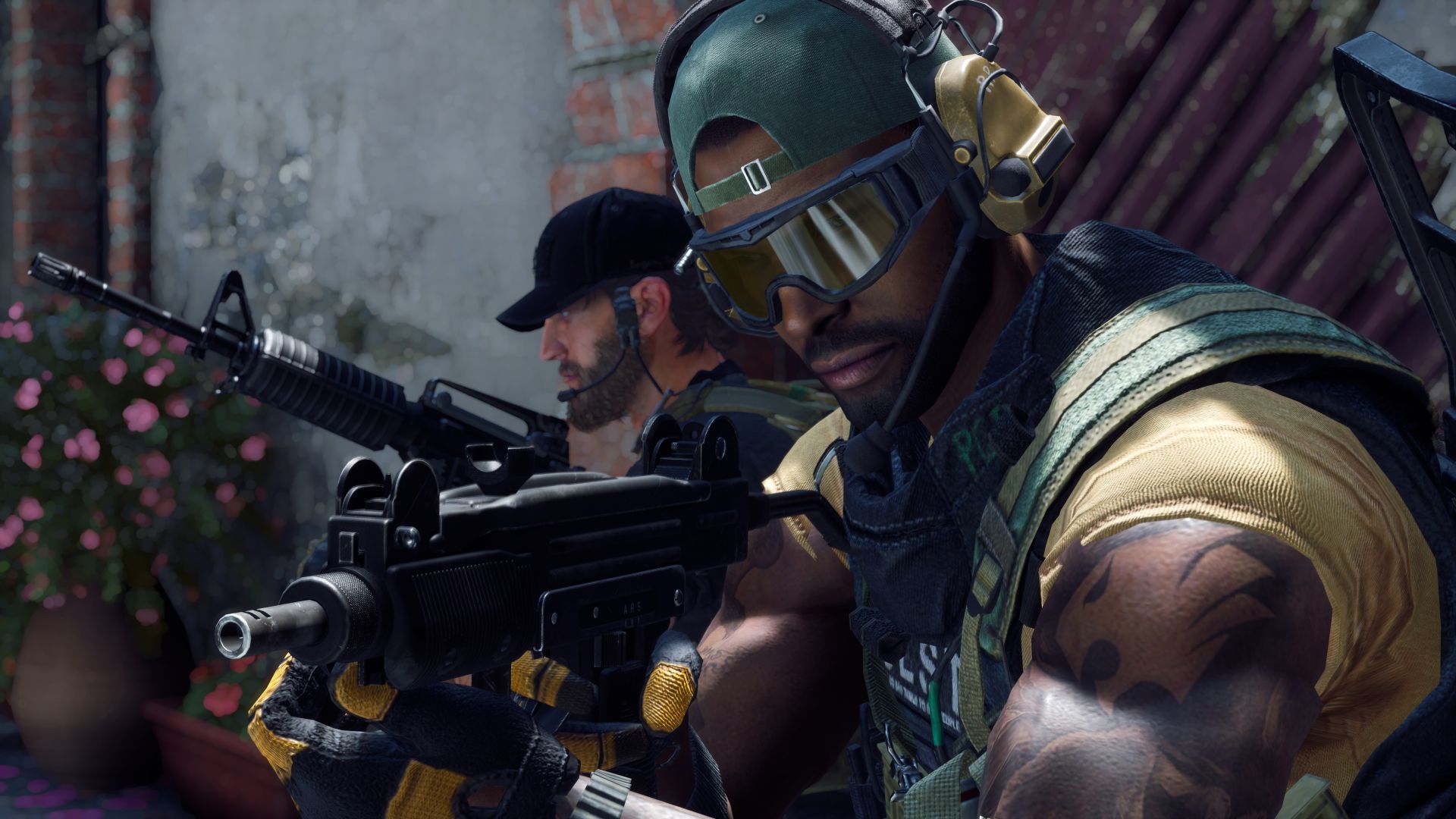 "The campaigns boil down to cookie-cutter generic military shooters, if the cookies took only the lowest quality and fewest amount of ingredients."

The only saving grace of the campaigns is a segment of the gameplay. The guns intermittently feel tight and easy to aim. That’s not to say that every piece of gameplay feels great. Longer-range weapons lose the tightness you’d hope for, and once you’re past a certain range, enemy AI becomes frustratingly unpredictable, especially when they lose all regard for their own self-preservation. It never gets unpredictable in a difficult way, though; in fact, the game is almost unforgivably easy in some instances where the odds should be massively against you. And it’s sometimes tough to swallow how much the game asks of one character. Other military shooters at least put up a façade of squad members to carry some of the weight of action, but in these campaign operations, you’re frequently taking down enemies in volumes.

In the context of pacing, there really aren’t any gameplay mechanics other than shooting and walking or running. There are even sequences that show wingsuits and vehicles, sections that even older military shooters would have you play, but they’re relegated to elaborate and admittedly gorgeous cutscenes. There’s one hint of a new gameplay mechanic near the end of Operation Spectre, but just when things are about to get interesting, it ends on an entirely abrupt and unsatisfying note. In all honesty, the only reason to play the campaign operations is if you want a brief escape into a mindless, soulless military shooter for a couple of hours that has some enjoyable gunplay if you find the right weapons, but you’ll have to look past a lot of unnecessary and recycled plot along the way.

What Crossfire became known for outside of the West is its multiplayer. While the campaigns were primarily developed by Remedy, the multiplayer was handled by Smilegate, the game’s original developer. The single-player and multiplayer even use different engines, which if you weren’t aware of, you might be able to infer, because the two feel like completely different games, with almost no link between the two aside from the names of the opposing factions. 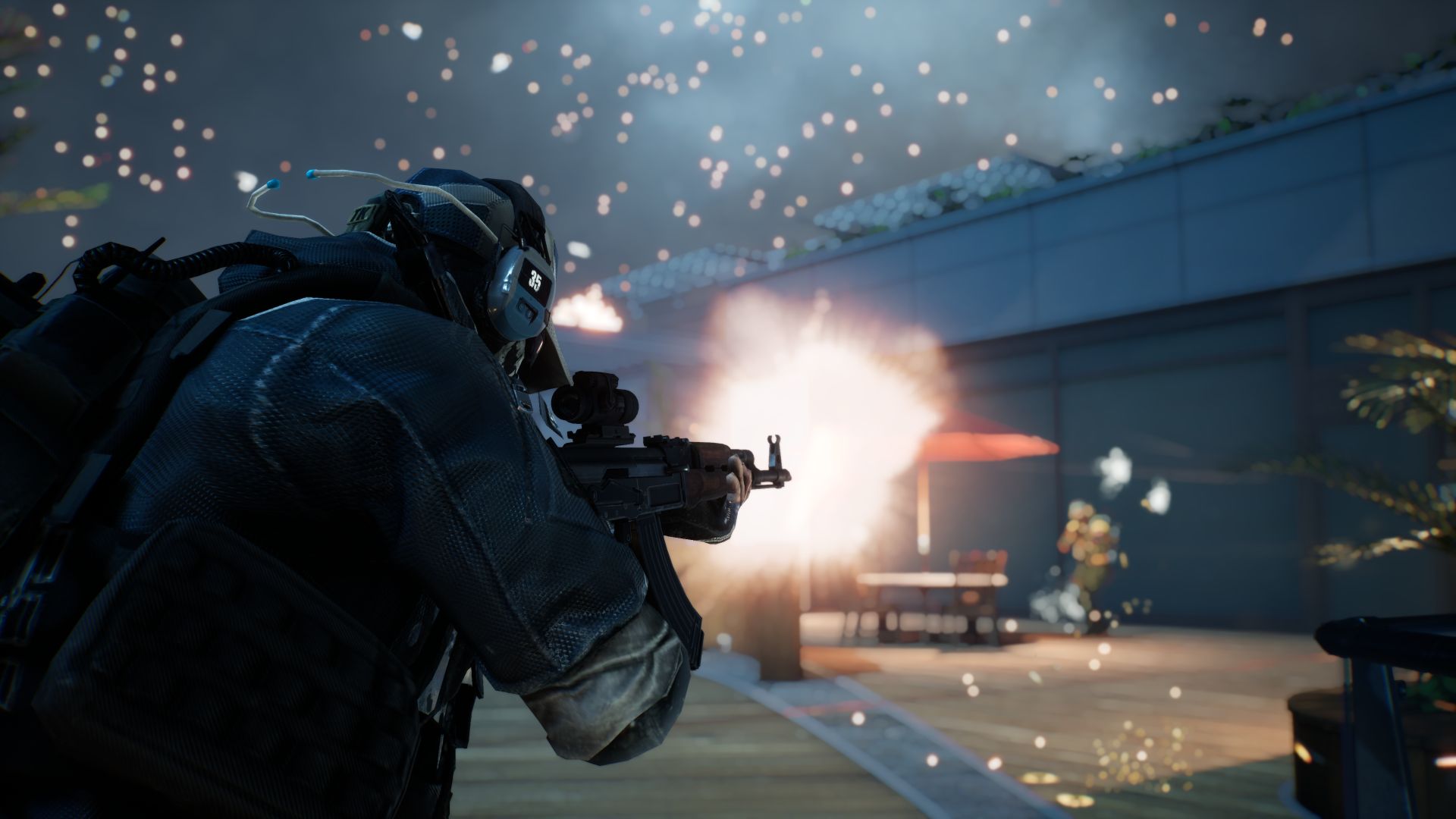 "It’s difficult to find a case for longevity for this multiplayer when there are so many better multiplayer shooters on the market."

The multiplayer comes in two flavors: Classic and Modern. Classic brings the original Crossfire gameplay over, with no aim down sights and no sprinting. Among the four modes in Classic, really only Team Deathmatch feels like an even match. In most of the other matches I played in any of the other modes, one side would win virtually every single round, and games don’t end after one side wins enough rounds to clinch. Rather, it makes you play every round anyway, so you’ll be forced to play for example, the full ten rounds in the Nano mode, despite the final score being 9 to 1. This happened frequently in my playtime, since this mode so clearly favors those effectively infected that the only chance the humans had at winning was to exploit the uninspired map design to take advantage of a bottleneck.

The Modern multiplayer brings in those updated sensibilities of aiming and sprinting, but almost to the game’s detriment. There doesn’t seem to have been any update to the gun balancing, so you’re still being hit with the damage expected when firing from the hip and in turn die way too quickly. In a mode like Point Capture, this is less of a problem, aside from the static spawn points that allow for easy spawn camping, but in Search & Destroy, this means that you have far too little time to react before you’re out of the round.

Even when you can play normally, both the Classic and Modern multiplayer options are far less fun than most other multiplayer shooters out there. Aiming is finnicky and inconsistent, and gunplay is far less tight or consistent than anything in the campaign. Maps, too, are too small and one-dimensional compared to the standard the industry has grown into over the past few years, and as of writing, there’s only one map for each mode. It’s difficult to find a case for longevity for this multiplayer, either Classic or Modern, when there are so many better multiplayer shooters on the market. 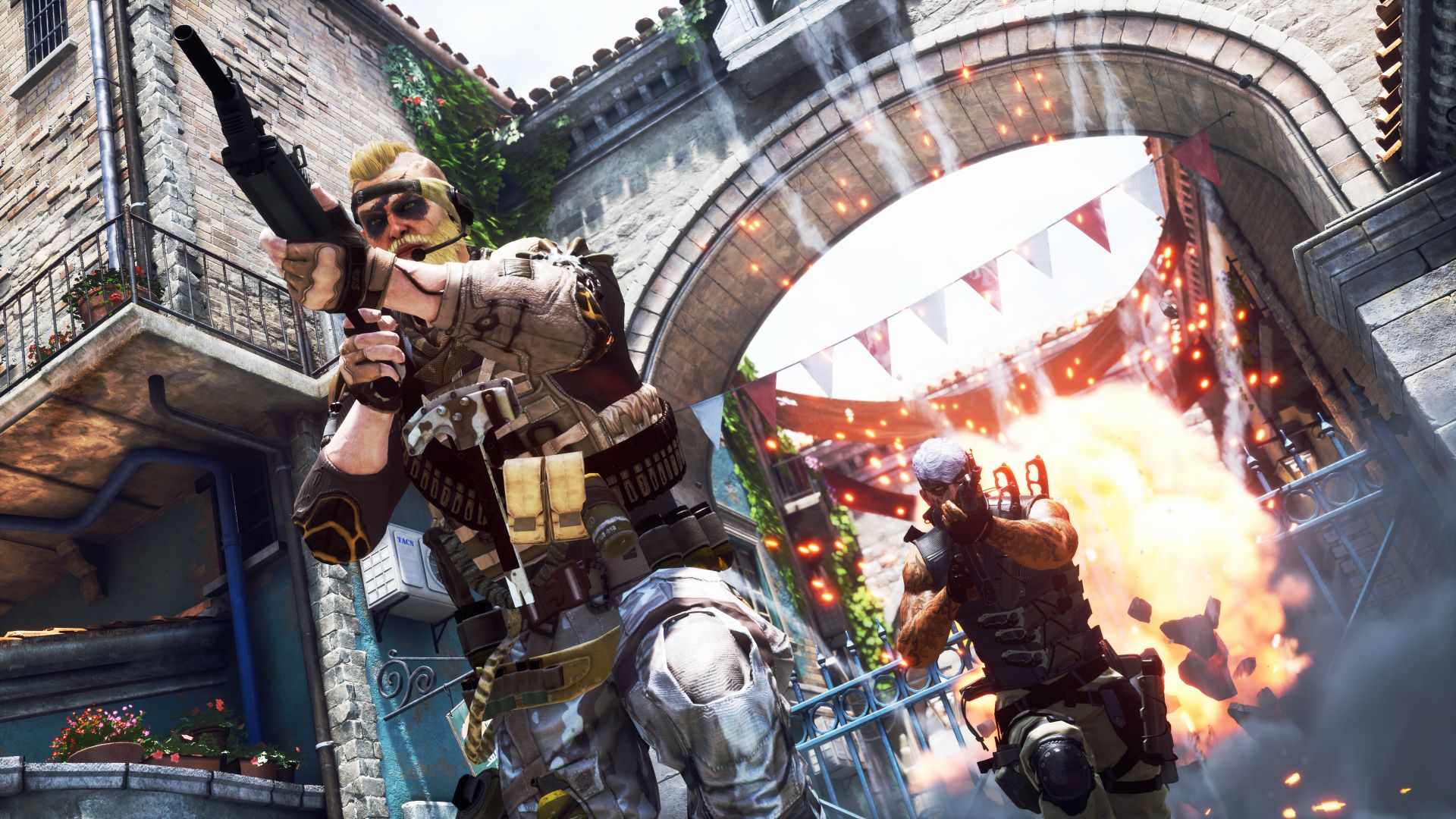 "With its campaign operations, even a gorgeous backdrop with spurts of enjoyable gunplay can’t save it from being the most generic, forgettable military campaign I may have ever played, and its multiplayer – the thing that got it to where it is today – may have even less staying power."

It makes sense why Xbox would want to bring Crossfire over to the West given its popularity, but CrossfireX doesn’t compare to any of the military shooters we’ve seen over the past decade or longer. With its campaign operations, even a gorgeous backdrop with spurts of enjoyable gunplay can’t save it from being the most generic, forgettable military campaign I may have ever played, and its multiplayer – the thing that got it to where it is today – may have even less staying power. There are reasons to try it out, mostly for an understanding of what’s popular around the world, but in an industry where military shooters are everywhere, CrossfireX can’t save itself from getting drowned out.

Final Verdict:
BAD
You might want to play CrossfireX to understand what’s so popular around the world or have a dash of mindless fun in the campaign, but there’s little else here.
A copy of this game was provided by Developer/Publisher/Distributor/PR Agency for review purposes. Click here to know more about our Reviews Policy.