CCO Tim Willits speaks of "remasters" in some now-deleted tweets.

Crysis Remastered is coming to Xbox One, PS4, PC and Nintendo Switch this year, introducing a new generation to the once-graphically intensive first person shooter. While Saber Interactive, which is handling the remaster, didn’t offer too many details, this could be just the beginning. According to chief creative officer Tim Willits in a now-deleted tweet (screencap below, via Wccftech) the studio will be talking about the “remasters” soon.

In another deleted, Willits mentioned that it was exciting to bring these “games” to new players. The plural usage in both cases can’t be a coincidence. Then again, it’s possible that plans are only set in stone for the first game’s remaster. We might not hear about the others until much later.

Regardless, Crysis Remastered should be well worth looking forward. Along with improved art assets, temporal AA, motion blur and particle effects, the remaster also makes use of ray-tracing, screen space reflections, volumetric fog and much more. Stay tuned for more details on its release date in the coming months. 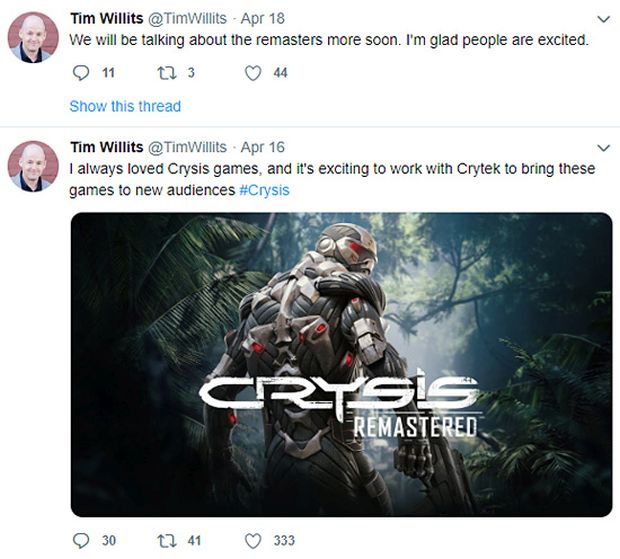