By now, you’ve probably heard it all about Cyberpunk 2077. It’s both the best and worst game of last year, depending on who you ask. What many seem to agree on (for the most part) is that it didn’t have everything that CD Projekt RED promised. Whether it’s the Life Paths, the Perk tree, the open world design or the AI, the sentiment among those disappointed is that these things have to be expanded, if not outright improved or fixed.

While looking at Cyberpunk 2077 and the aftermath of its immediate launch, one game constantly comes to mind – No Man’s Sky. You’ve probably heard everything about that as well – how the game released in a less than ideal state, full of bugs and glitches, while numerous key features were either missing (like sandworms or giant fleet battles) or ambiguous and then confirmed missing (like multiplayer). After much vilification, Hello Games earned back its goodwill – and then some – while No Man’s Sky is celebrated as one of the best current on-going games.

So with updates still to come for Cyberpunk 2077 – free DLC, paid expansions and multiplayer notwithstanding – one has to think that a No Man’s Sky-style comeback is possible. Of course, when it comes to game development, things are never that simple.

It’s first important to note just how different both games are. No Man’s Sky was sold as a sci-fi space exploration title but at its core, it was a sandbox game with survival elements. The gameplay wasn’t outright broken – even with all the bugs – but its procedural generation algorithm alone wasn’t enough to create compelling content or systems, nor could it mask all of the different flaws. To that end, adding more systems to work alongside it, creating meaningful content and reasons to explore while polishing and improving the core gameplay became key. Of course, due to how free-form the story is, it’s also not difficult to revamp and expand the narrative.

By comparison, Cyberpunk 2077’s structure and approach is different. Night City is a fixed place so implementing certain things has to be done within the context of its lore and setting. Its various systems are already in place but require significant revamping. Take the overall way that the police work – it isn’t just enough to “improve” their AI and ensure they don’t spawn near the player after a crime is committed. The development team also has to change its systems to implement features like proper car chases – and no, not the kinds that just last for one block – or actual tactics. This is in addition to realistic behavior, like patrolling the city or reacting to any crimes taking place outside of scripted events.

This doesn’t take into account requested features like a proper “wanted” system or mega-corps bribing the cops. Changing the user interface to make it more intuitive may sound simple but takes work. Having V properly interact with vendors, browsing for items in shops a la Red Dead Redemption 2 and being able to rob them? That requires even more work and proper testing to ensure they work properly without breaking anything else.

Given how much the generic NPC interactions mirror The Witcher 3: Wild Hunt, it’s a given that CD Projekt RED will have to make a lot of these new systems from scratch, which takes time. How much time would it then take to revamp Life Paths and actually have them affect one’s playthrough and decisions throughout the game? Or rebalance and revamp the Perk tree to actually present substantial and varied choices?

This also brings up another point – the engine. For all its faults in the beginning, No Man’s Sky had a pretty scalable engine. This made it possible for Hello Games to add all kinds of things, even if they weren’t initially promised. Mechs, base-building, vehicles, underwater exploration and space derelicts are just a few examples. Online co-op is another, one that took significantly more time to implement but was indeed possible with the engine. None of this takes away from the studio’s hard work, mind you, but given the scale and frequency of updates, and the number of development team members at Hello Games, the engine’s scalability has proven to be a boon. 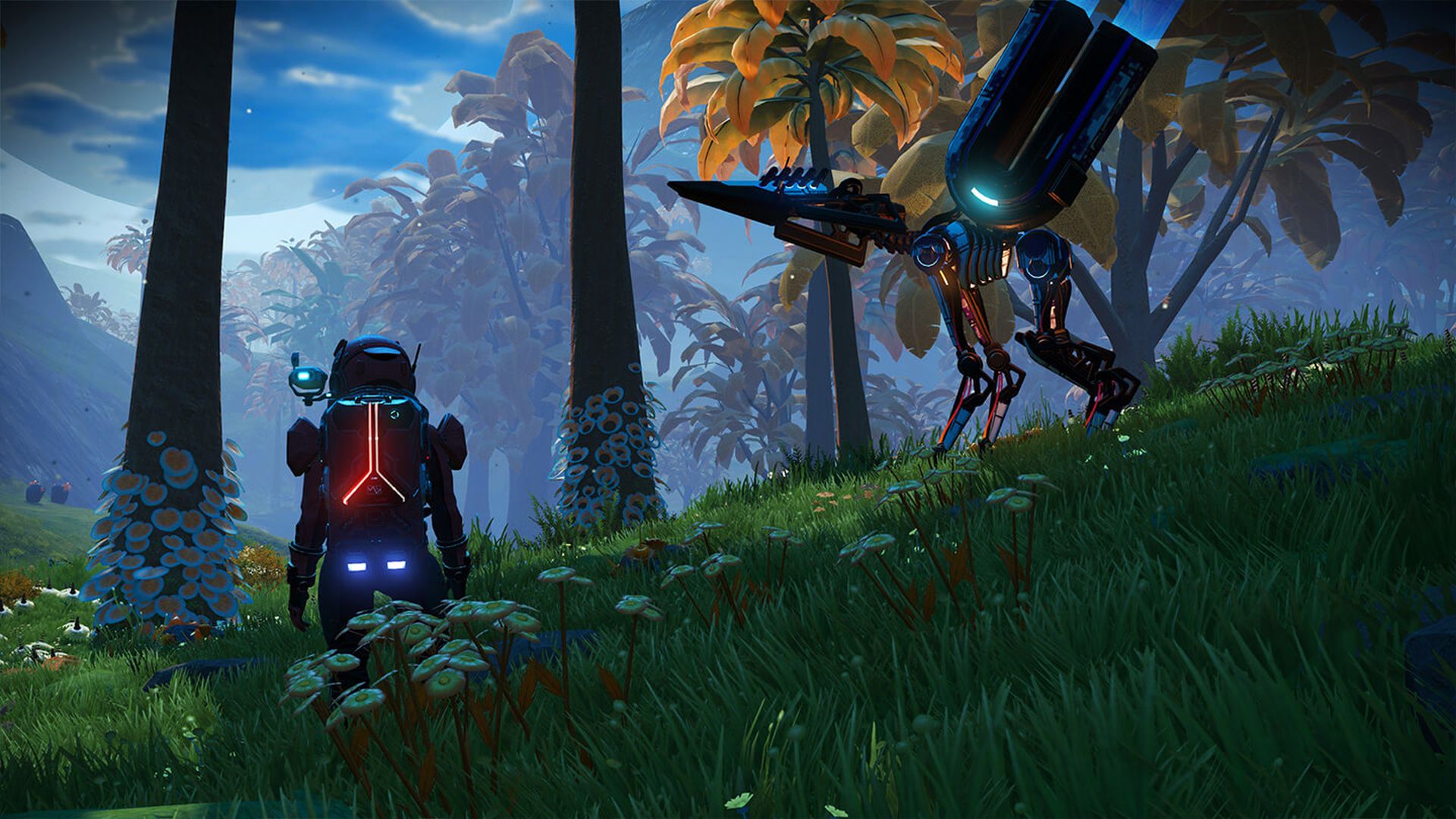 This isn’t to say that Cyberpunk 2077’s engine, aka RED Engine 4, isn’t scalable in its own ways. One could look at the current state of the game and think it difficult to have proper reputation systems for gangs, or detailed NPC routines. But the same was thought for No Man’s Sky at launch. Time will ultimately be the best judge so we’ll give CD Projekt RED the benefit of the doubt for now.

However, it’s also important to point out another key aspect that ultimately drives a game’s rebuilding – the leadership. When Diablo 3 launched and was considered a disaster by its fan base, Josh Mosqueira would ultimately lead the team as its new director and usher in various wide-ranging changes that saved the game and elevated it to new heights. When Final Fantasy 14 flopped, Naoki Yoshida led the team to create A Realm Reborn and has since contributed to not only making it one of the best MMOs currently available but one of the greatest RPGs ever made. For all his faults with hyperbole and marketing speak before launch, Sean Murray ultimately led the resurgence of No Man’s Sky and saved his studio’s reputation as a result.

This isn’t to say that changing the game director for Cyberpunk 2077 will ultimately make it a better game. But in each of the previous cases, a major change or shift in leadership was necessary to ensure the game’s success. For all the credit that Yoshida received in reviving Final Fantasy 14, he still needed the approval of Square Enix’s CEO for the costly endeavor. Mosqueira and his team faced opposition at numerous points when trying to make Diablo 3 how they wanted but ultimately prevailed. A change in leadership isn’t enough if the philosophy behind development doesn’t change, starting from the top.

In terms of resources, CD Projekt RED is more than capable of improving Cyberpunk 2077 and there are likely enough people who would give it another chance despite the backlash. Whether it can ultimately revamp the game on the scale of No Man’s Sky, even if everything goes right, will take a good few years. Once again, the processes, technology and work needed would be completely different – “a few years” may even be somewhat conservative in that respect. That also doesn’t take into account the amount of resources that the company can spare, what with its paid expansions, multiplayer and future projects also in the works.

At the end of the day, it’s not enough to just make Cyberpunk 2077 the “game that it should have been.” It’s also about going further beyond, and getting back any goodwill that the company has lost. Whether diehard fans will be there to give it another chance or a new spree of players will join in, praising the game for all of its changes and improvements, this won’t be the last we hear of Cyberpunk 2077 in the years to come.